The Avengers fight about regulation. 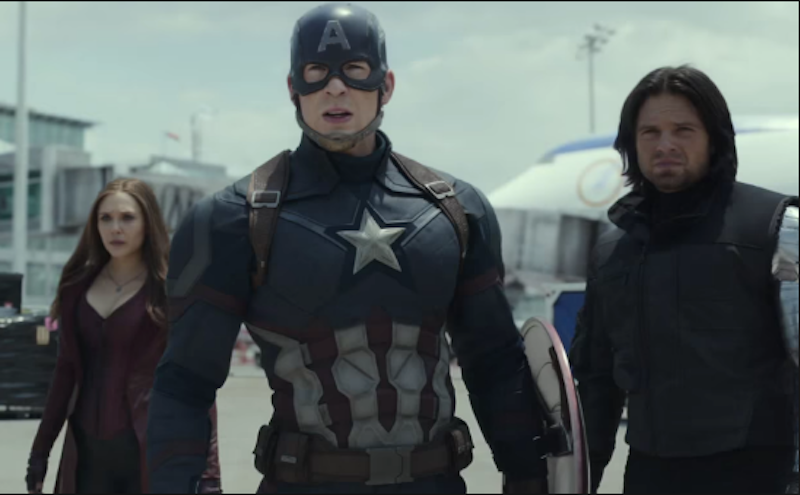 Many Republicans are now waking up, as if from long cryogenic sleep, to the realization that there is no more conservative party in American politics, and it’s time to set their #NeverTrump hashtags forward several decades to #Libertarian. There will follow a period of cultural adjustment, of course, as both voting habits and pop culture begin to reflect the grim reality that only libertarians, not right or left, are still trying to set people free from authoritarianism.

Humans, I’m increasingly convinced, will always find some dividing line enabling them to turn into feuding factions. If not race or religion, then it’s eye color or dialect or which side of the river you live on. Let’s at least fight over something useful. And as an anarcho-capitalist, I’d much rather have people fight over whether the government should regulate our activities than over which ethnic group’s their favorite or what to bomb next.

What a joy, then, to see the Avengers feuding this past weekend in theaters—if feud they must—over whether to submit to control by the UN and the U.S. State Department. I think the filmmakers managed to keep things appropriately nuanced for such a plot, too, at least by Hollywood standards.

A guilt-wracked Iron Man, formerly the most libertarian-sounding Avenger, now knows what can happen if your killer A.I. or mercenary supersoldier program has no oversight. Former FDR flunky Captain America has learned the hard way what happens if you put trust in government agencies that don’t deserve it. Both men are conflicted, neither merely a hero-turned-villain. The personal stakes don’t seem contrived, at least not by superhero-movie standards.

And through it all, young Peter Parker sounds like the future, which is also convincing. He’s DIY tech and biotech, sort of like the Bitcoin in a tale about Wall Street. I suspect a complex contractual arrangement or studio edict forbade any mention of his origin, by the way, since Peter uttered a couple of otherwise odd circumlocutions about “whatever happened” to turn him into Spider-Man, but this is a minor aesthetic quibble with a big, fun movie. (Speaking of Bitcoin, there’s still some debate over whether the Australian recently outed as Bitcoin inventor Satoshi Nakamoto is the real deal, so secret identities go hand in hand with stories about government and technology.)

For a bit more on the libertarian solution to our own political civil war, you might check out Mother Jones’ article on that recent Libertarian Party candidates debate I moderated. I admit, though, that technology always retains the power to alter the world so drastically that the current terms of political debate may sound obsolete at a point in the near future.

As a small reminder of how futuristic and comics-like the real world is, I conclude with this e-mail my friend Dave sent me on Friday. “There was a piece on the radio yesterday about the superhero movie coming out this weekend,” he writes. “The next story was about a woman who had a full face transplant after she was attacked by a monkey. But the face transplant is failing, despite the fact that she was given experimental drugs from a secret military project. It was hard to tell the difference between the real news and plot of the superhero movie.” May it be even more so with each passing year.