Do I Hate New York?

Where are we, a Westfield shopping center in New Jersey? 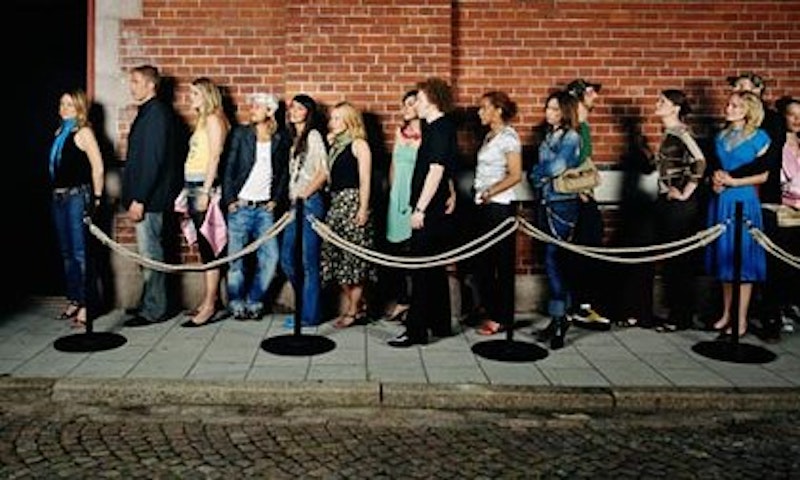 I’ve been living in Paris since in May, mostly to research an upcoming book project, but also to drink wine and have fabulous three-ways with French boys and fresh baguettes. When I left Paris at the end of July I didn’t really feel sad about it because it’s my favorite city, and I’ll be back soon. Actually, I was sort of eager to get back to New York. Not desperate but ready. I missed Netflix, which doesn’t work in France but I soon figured out a workaround, which was awesome. The Snickers formula there is all wrong so if you are planning to go to Paris please bring your own. And I was starting to get really sick of my neighbor, who blasted “Blurred Lines” day and night like it was the only piece of music she’s ever heard. I missed that very American way of walking into the grocery store and staring at 82 different kinds of sauce and trying to pick the sauce you’re going to try for dinner. And I missed Duane Reade.

When I landed in New York all I felt was dread. Well not dread, but I sure wasn’t glad to be back. Not as glad as I thought I would be. Everything just felt kind of dull. At first I thought it was the jet lag, which I suffered from for about four days not because of the time difference but because I barely slept the four days prior to coming back to New York because I went out a lot.

My friend Rupert and I went to the rooftop of The Standard Hotel one afternoon to have cocktails and crepes. There is a really beautiful view of the city up there. When the hotel first opened I used to come to the rooftop all the time to chill and be fabulous, and even last summer I did the same. One of my favorite parties has always been Susanne Bartsch’s ON TOP Tuesday summer party, where some lady dressed like an octopus dances next to a plain-dressed couple visiting from Italy and they’re all watching the four dudes make out in the triangle shaped pool while a drag queen swings over them. It was edgy!

But this daytime happy hour felt so… phony. Where are we, a Westfield shopping center in New Jersey? All the girls had their requisite expensive handbags, spray tans, prissy drinks and expensive little dresses. All the dudes had on boat shoes (no socks obvi), khaki shorts, polos, freshly cut hair. It all felt so over. We are below 14th St.—where are all the clowns!

I sat there, guzzling my mojito, looking around and thinking to myself: This Is New York.

Spending time in Paris/Europe opened my eyes about New York in unexpected ways. France has a huge unemployment rate, and despite the image of Paris as an amazing urban museum, full of beautiful buildings you can put on your Instagram, there are actually a lot of poor people in the city. You see them everywhere. They sleep in the streets, they sleep in front of the door to your building; they’re there to remind you that Paris is a real city, not some playground for billionaires. As wonderful as Paris is, there is still an edge to the urban fabric.

New York has virtually no edge left—well, except for some dumb million-dollar condo on the Williamsburg waterfront called The Edge. Even in Williamsburg, you can already see the hipsters being replaced with the moneyed folk. And that is what I am starting to hate about the place. Thanks a lot, rich people!

I still love the actual city of New York and the crazy people who are here. I live for you bitches, even if you are forced to live all the way at Rockaway, the hottest new nabe! Every time I’m confronted with the trappings of New York wealth I get disgusted with what this place has become. When a brownstone in Bed-Stuy sells for $1 million, I roll my eyes. When even rich people can barely buy an apartment for under $3 million dollars (cash!) without giving an organ/expert blowjob to the real estate agent, I get annoyed. And when a hot new techno club opens up just down the block from my place in Brooklyn—a club that’s been heralded by the clubnoscenti as a return to the decadent New York nightlife of the 80s—but charges $30 to get in, I am just fed up.

The rent really is too damn high. Nobody interesting can afford to live here unless you are personally rich or have family money. This isn’t news to anyone, but something about living on a tight budget in Europe for the summer put it all in perspective, especially after I visited Berlin, currently the hottest city on earth. A friend of mine who has lived there for five years told me that you don’t even have to work fulltime to survive in Berlin. You can work part-time and still have more than enough money to get by, and time to devote to your creative project/start up/perfecting your ventriloquist act.

Of course, who knows how long that will last. Ten more years?

New York is still the greatest city on earth. Things happen here that just don’t happen out in the real America. But I’m not sure how great New York can continue to be if everything is about money and status and if nobody—even rich people—can afford to be here. Otherwise, it’s just a 13-mile long luxury-shopping outlet.