Death of The Daily Show 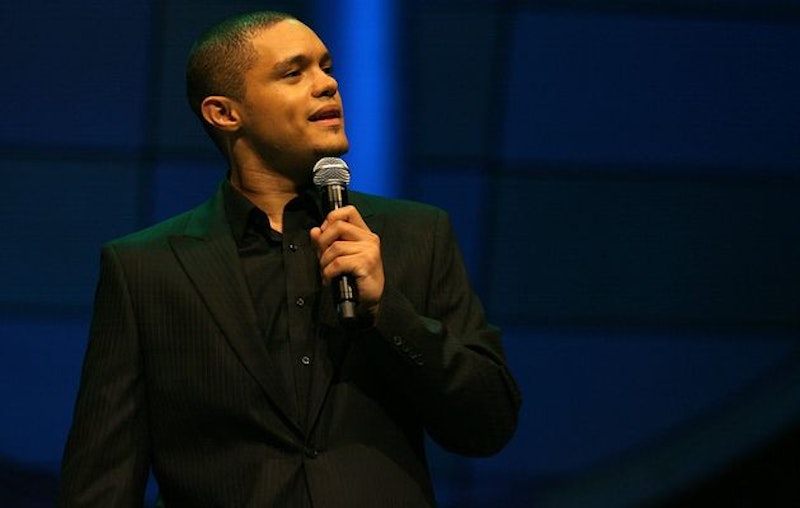 And in one day, The Daily Show as an institution was incinerated, as if Jon Stewart’s retirement wasn’t already the death knell for the most popular political comedy talk show in television history. Its cultural reach never went beyond its unwieldy category: The Daily Show never swayed an election or mobilized any kind of social movement, and Stewart never grilled or threw anything but softballs at his many high profile guests. Mostly, The Daily Show allowed people to sort of know about something and be smug about it. Stewart frequently copped out of any social responsibility by pointing out his show was followed by Crank Yankers, best remembered and not revisited.

Stewart’s exchange with Tucker Carlson on Crossfire in 2004 was such a blown opportunity. Carlson questioned the disconnect between the moral indignation and the puff interviews. Stewart insisted he was at the level of puppets making prank phone calls, but Carlson was right—in 2004, The Daily Show was taken far more seriously than anything he was hosting. So Stewart called Carlson a dick and that was that. Bush won, and his second term gave Stewart his best years. But it’s a testament to the show’s fecklessness that Condoleezza Rice felt comfortable enough to come on in 2011.

Nevertheless, there was no better reaction to the blunt cruelty of the GOP since 9/11 than Stewart’s wide-eyed, blanched face and mouth hanging open. Iraq, Afghanistan, Katrina, Terri Schiavo, George Zimmerman, the NRA and paleolithic primary candidates like Rick Santorum. Stewart’s outrage was real, and it resonated, but you have to go for the mantle of spokesman to really mobilize a comfortable audience who will live long in their armchairs no matter what happens in America. But you can’t blame Stewart for not living up to expectations totally outside of his wheelhouse as a comedian. He fell into it, and was a great broadcaster and pop culture figure for 15 years, but if they couldn’t get Bush out after one term, what good were they, really? If anything, Stewart’s “to a point” attitude and Stephen Colbert’s goofy contrivances only served to inoculate its audience, so assured of our country’s structural absurdity and concentration of power and money that to vote, to march? It’ll do nothing. Their “Rally to Restore Sanity and/or Fear” leading up to the midterms in 2010 was an over-reach and a bust—a whole lot of people on stage and off that didn’t want to commit too much.

Except for the interviews, these are all noble failures. Stewart could’ve been the voice of a generation and eliminated the annoying but mostly true cliché that “young people don’t vote.” He’d be in a prime position to take over for Brian Williams on NBC Nightly News, but he’s “just a comedian.” That was the excuse trotted out for bozo replacement Trevor Noah, practically unknown in the U.S. and seemingly never vetted by Comedy Central, just a comedy channel. The most damning takeaway from the dozens of tweets discovered by prowlers yesterday is how dumb the voice is and how jejune his tropes are: “fat chicks,” Jewish jokes about money and Germans, I mean the super sort of base sensibility that the boy with dead eyes in Geometry might pepper in between lines to the bathroom at school. Why do you need a public dumping ground for shit material? The Daily Show still had enough clout that with the right host, it could have an effect on the country’s politics. But by replacing Stewart, a man of moral integrity, with some dumb asshole, they’ve burned it to the ground.