You Just Can’t Look Away From That 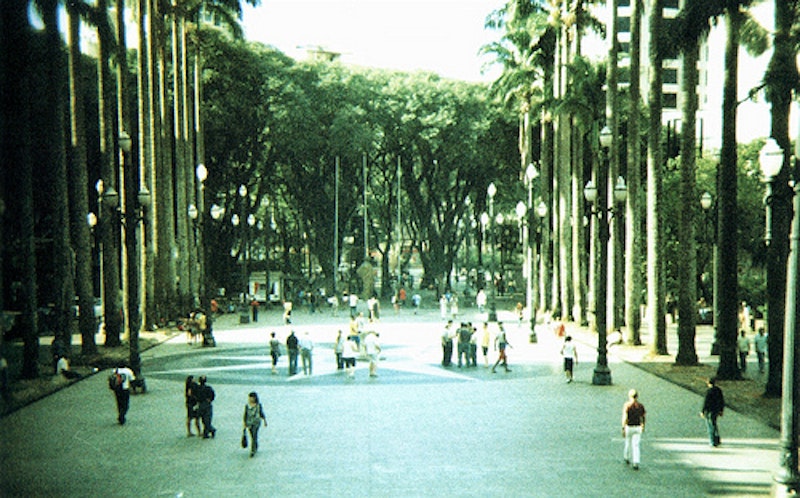 John Darnielle: The camera would be stationary, there were not multiple camera angles, there was one camera pointing at the ring.

Dan Graham: In other words, the spectator became very important.

Darnielle: You just can’t look away from that.

Graham: Absolutely. Exactly. In a certain way, it was about Puritanism. Also you lose a sense of yourself and then you gain it back again. I got away from instantaneousness.

Darnielle: It was cryptic and hidden, I didn't know anybody else who was into it.

Darnielle: Yeah, at least as a child.

Graham: I want to undermine the corporate use of the one-way mirror so whatever side gets the light is reflective, and on the inside it’s transparent.

Darnielle: That's about when I get into it, so it's sort of like the remnants of a dying scene, but they're so faithful around it, a lot of fun to be had. There’s some charm in that.

Graham: I thought the performance area was a little cramped and you couldn’t hear some of the works. But no one has bought any of those architectural models.

Darnielle: We all know it's scripted, we know they get injured a little, but you're not really risking your life unless you break your neck or something. It's electrifying and horrifying, but at the same time you relate to that.

Graham: This often happens when you identify with characters in film. I think you can say they are on the edge of being schizophrenic.

Darnielle: Yeah, yeah. What business is there you might be doing that you'd be willing to actually bleed out for? You'd choose a different line of work.

Graham: That’s how I became involved in time paradoxes.