Why did we grow up in the suburbs? It's the schools, man. 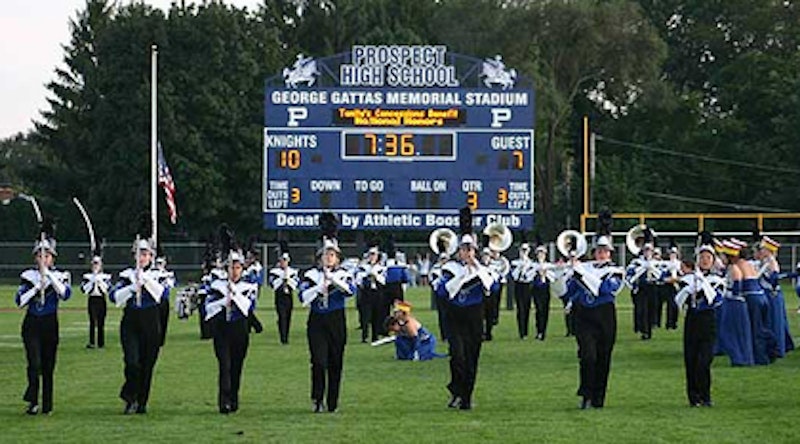 The windows are down. The music is blaring. The heat is at full blast to keep out the cold. I'm flying over the hilly, curvy roads of my hometown. I have no destination, just time to be alone and think.

This image is timeless. It could describe my wistful drives as a 16-year-old kid or the drive I took last night. This isn't the first time back since leaving home for school four years ago, but it was the first drive with nowhere to go. It's not summer vacation right now, I'm just unemployed-save for this column.

The bite in the unseasonably cold May air brought back a flood of nostalgia during the ride around town. There are a million stories locked away in the country roads just beyond my house. Yet, something felt slightly off. It was as if those roads didn't exist anymore, not just in a cheesy metaphorical way, but literally. That's when I realized what had happened: the country roads of my youth have been replaced by awkwardly laid out McMansions and strip malls. Three cheers for suburban sprawl.

Construction crews have been buzzing around in the country outside town (at least those whose projects haven't been stalled by the current economic malaise), but only looking back now, four years after I left, could I comprehend how much they've built. Why the hell are people so desperate to move to the area? I loved my childhood here in the Baltimore/Washington suburbs, but it's not exactly the most thrilling place. Friends that decide move here-not stay with their parents, mind you, but move to town-are derided. People don't grow up dreaming of making it all the way to my town.

Lost in reverie, I was nearly run off the road by a black Lexus SUV. I shot a very nasty glare at the driver, a high school girl looking scared and oblivious at the same time. Not 10 minutes later, a silver Lexus SUV almost t-boned me while it was taking a wide left turn. I peeked at the driver: high school girl. That's when it all made sense: I live in a High School Town.

You're familiar with the term "College Town." Having just spent four years in Ann Arbor, Michigan-prototypical college town and home of the University of Michigan-I'm pretty intimate with the concept. These are towns with primarily student populations or even just towns where the university dominates life. This is not my town; it provides no great donation to academia. The only thing it bequeaths to the world of higher learning is a bunch of students. There are tons of towns just like mine in every state but Arkansas. (Only kidding, Arkansas, you probably have wealthy overachiever suburbs, too, though I don't know for sure.)

The suburbs' ultimate lure is the all-powerful "good school." You know the profile: high test scores, inflated GPAs, and strong college acceptance rates. Heck, you even heard that four kids went to Harvard last year. And the people at work would absolutely die if they found out your kid was going to Harvard. You don't have to pay for private school and can even look down on people that do by telling them you want your child to get a taste of the real world. Then, when all is said and done, you get to ship your children from High School Town bubble to College Town bubble. The recipe for success starts in the suburban kitchen.

Life in these towns revolves around the high school just like they do in the college towns. However, instead of pizza joints open until 4 a.m. and an endless stream of bars playing Flo Rida's "Low," these towns close at around 9 p.m. and the only place drinking happens is at awkward dinner parties and "ragers" while that one kid from your chemistry class's parents are at an awkward dinner party. There is also usually at least one deli/pizzeria/coffee place/fast food chain that all kids will become nostalgic for immediately after graduating high school. And that one place usually isn't that good.

I'm not upset with my parents for raising me in the suburbs or anything like that. They picked a great suburb and made sure I was exposed to the real world by taking me to the cities nearby. They wanted to raise me in Baltimore City, but the suburbs were cheaper and easier. I, however, need to live in a city and now see a piece of my parents' concerns. Living in a city provides a lose-lose decision: send my kids to the crumbling and often violent city schools or send them to segregated, elitist private schools with mostly suburban kids. Yay!

A kid can hope, though. Our generation is finding its way back to the cities that our grandparents and parents left for dead. The cities I've lived in the shadow of, Baltimore and Detroit, and cities like them have begun drawing the privileged suburban kids after they graduate from their college bubbles and become young professionals. New tax dollars are coming into these cities whose populations are becoming younger and more professional. The first wave of immigrants--because that's what they really are--is often made up of hipsters. They find a place to throw get-togethers in their apartments where people get stoned and talk for too long about how "real" the city is and why "ninth-hand rock-a-billy garage core" is for poseurs.

But I'm no hipster. My friends moving to Baltimore and Detroit? Not really hipsters, either. A couple of them might really like Wilco and indie movies but they're mostly just mainstream types.

So, um, like, Dave, like, why is this happening and stuff? Great question, high school reader! It's because you are looking for something real. We are looking for something real. In a world of plastic Stepford Wives and college acceptance factories, nothing feels quite right. You can only live in a bubble for so long without wondering what would happen if it popped. Right now, there are a lot of us staring outside the bubble, sizing up what we see. We're not on the edge of a full blown migration back to the cities, but we're definitely thinking about it. It could be one of the great tags for our generation: "The Generation That Moved Back To The Cities Because It Was So Sick of All That Fake Shit."

Maybe, just maybe, enough people get a little curious about city life. Maybe the search for interaction with people different from themselves becomes a priority rather than an occasional hobby. Maybe a little money finds itself in the city school district. Maybe kids stay in the city. Maybe we stay in the city. Wouldn't that be something? The American city would be reborn! Or, at least, I wouldn't have to send my kids to fucking private school. That would be something.