Be Your Own Star on Channel Four

Play At Home only ran for one season in 1984, but its potpourri gonzo variety programs are worth revisiting online. 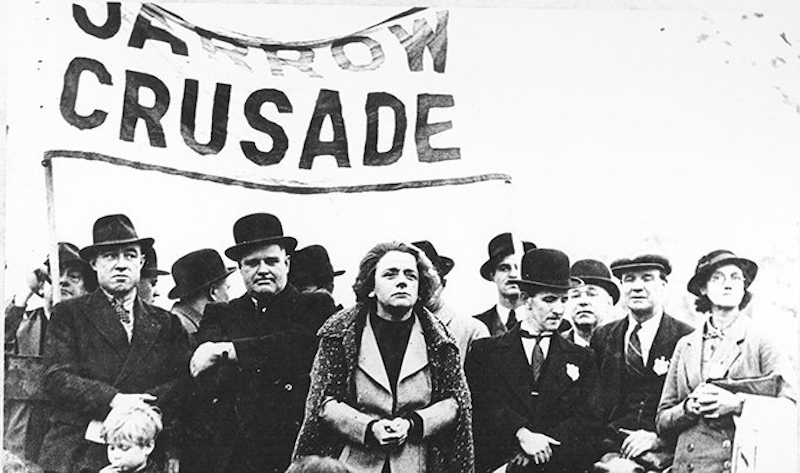 In 1984, Channel 4 ran the first and only season of Play At Home. The 45-minute program was a platform where Channel 4 gave music artists free reign to produce whatever content they felt was important. These odd multi-media productions showcased creative people interacting in situations that were alternately staged, informal, or a mix of both. None of these shows have ever been re-run and only a handful have made it to the Internet. Play At Home was a strange precursor to reality television, but also a throwback to the avant-garde approach of early post-WWII films like La Pointe Courte, Louisiana Story, and others that presented a fluid mix of reality and fantasy.

When the popular street punk band Angelic Upstarts created and starred in a Play At Home episode the result was completely unexpected. Low key/no budget music videos shot on location near the members’ provincial homes made up a small part of the show’s content. A folky acoustic love song crooned on a street corner was the only live music featured. These slim melodic interludes were placed with care in a poetic documentary that charted the labor struggles synonymous with the northeast England town of Jarrow (part of the greater Newcastle area where Angelic Upstarts first formed in a South Shields public housing complex). Upstarts’ singer Thomas “Mensi” Mensforth serves as a local historian/socialist advocate connecting the city’s world renown ship building industry to its past as a center for radical union activity. Mensi also explores the economic issues that impacted Jarrow as a result of Prime Minister Margaret Thatcher's controversial tenure. The “Iron Lady” had come to power only five years before this program was made.

Political overtones never dominate as the close emotional bond shared by the band and this town stays central. The naturalistic cinematography of Chris Collins and the RPM Production Team capture Jarrow’s ragged yet fascinating essence. Layers of industrial noise rise quietly through the background. Gnarly old tugs meander down the Tyne River. Pathetic abandoned boats glazed in dust and debris float along unattended. Locals speak with thick Geordie accents. Old timers regale Mensi with tales of the past often accompanied by stock footage from the 1930s showing scores of workers swarming like ants across giant skeletal ship frames. Weathered structures and empty cobblestone streets appear as the festering scars of economic decline.

Mensi warns against the perils of privatization in a meeting with Jack Richardson, a spokesman from the Redheads ship repair conglomerate. Prior to the early-1980s the company had no major roots in Jarrow. Several of the corporation’s local apprentice employees get the same speech. His tone with the formal, diplomatic Richardson is subtle but deadly serious. To the novice ship repairmen gathered along a rusty dock he gets more animated ranting against the company’s heartless, calculated profiteering. Regardless, this battle between capitalist enterprise and grass roots collectivism seems just as meaningless to the sleek yes-man as it does to the rugged trainees. These barely employed kids were just looking for a meal and way out of the projects; they don’t seem to care much about how they achieve such goals.

Mensforth comes off like a curmudgeonly everyman-against-the-empire. This is the kind of role that’d turn Michael Moore into a household name, but unlike Moore there’s no sarcasm or homespun humor in Mensi’s tone. He’s a mix of grim resolve and depression wandering around forlorn and contemplative through Jarrow’s gray days.

Angelic Upstarts became famous as crazed late-1970s punks with proto-hardcore anthems like “The Murder Of Liddle Towers” and “Police Oppression,” but the tunes here all come from their lesser known 1983 album Reason Why?. This record marked a significant change in the band’s direction that found the Upstarts embracing post-punk and pop sounds. The melodies were arena-rock ready and often folk-influenced. Dramatic songs like “Loneliness Of The Long Distance Runner” and socialist anthem “Solidarity” feel like the work of battered souls, heartbroken but angry. They may have ditched the atonal fury, but there’s still a fiery passion. That understated sonic intensity is a perfect counter part for Jarrow’s weird ramshackle charm.

The most inspiring scenes come when Mensi interviews historians and elderly townsfolk who had firsthand experiences with The Jarrow March (also known as The Jarrow Crusade). This 1936 event reinvigorated the British labor movement and forever tied the northeastern UK to many of Britain’s most progressive post-WWII economic policies. Local historian Claude Robinson sums up the unique fervor that put Jarrow on the map: “The real achievement of The Jarrow March showed that if you could sink all your party differences, if you could concentrate on the real history of the town, the real interests of the town, you could add a page to history that could never be removed.”

You can watch Angelic Upstarts’ Play At Home episode here.