Couldn't our fair city be spending money on something a little less lame? 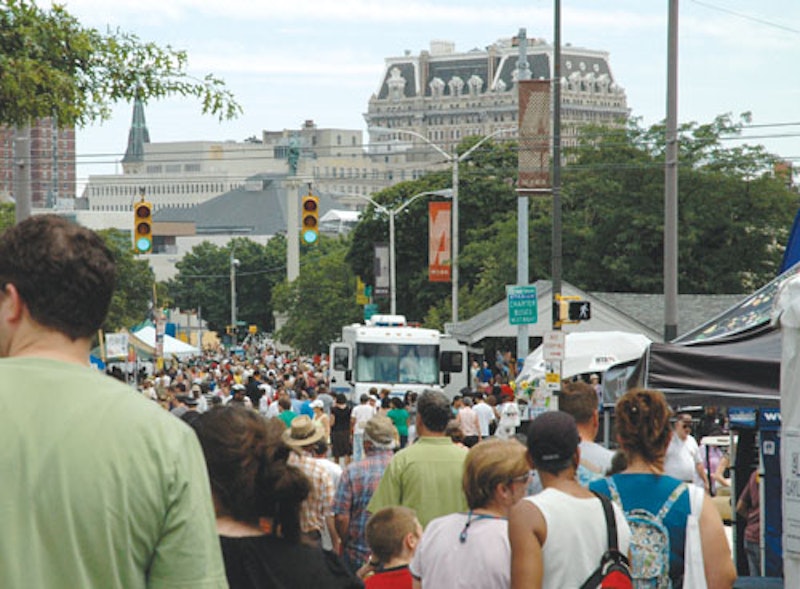 My family and I moved to Baltimore in the summer of 2003, and one of the first activities we did in the city was go to Artscape. Recollections of that day are vague, but it was really hot and really boring. There was some art I guess, but my main memory was seeing all those big crab statues that were ubiquitous earlier in the decade. Mostly, there was a lot of fried fair food, and because of this I never really distinguished Artscape from August’s horrendous State Fair in Timonium. Since then though, Artscape hasn’t changed one bit, and it’s still just as bland and unexciting as it has been for years.

I know that isn’t a particularly revelatory statement; Artscape wasn’t interesting or unique for many years before I arrived in Baltimore. Like all government funded and sponsored events, Artscape is sterile, family friendly, and intended for everyone. Although this doesn’t make for a particularly stimulating event, the fact that it is such an all-inclusive event makes for some odd situations. It feels like everyone and their granduncle goes to Artscape, and predictably Mt. Royal and N. Charles St. are trouble spots for bumping into people. Everywhere I looked and everywhere I turned, more familiar faces appeared, faces I mostly didn’t feel like seeing or talking awkwardly to for five minutes. Friends, enemies, and vague acquaintances from every sphere of my life wouldn’t stop popping up, and after a while I’d had enough. Meat on a stick and some cool cars weren’t worth this.

After spending around four hours milling about and checking out Exotic Hypnotic at UB, my friend I walked back to his car to find that the front passenger-side window had been busted in, with an iPod and a GPS system gone. This was at Guilford and Federal Sts., only several blocks east of Artscape’s epicenter. This is the kind of juxtaposition one comes to expect living in Baltimore, and while aggravating, a car break-in just isn’t surprising. This is probably too much to ask, but if the government would concentrate on renovating and rebuilding the crumbling rowhouses destroyed in the 1968 riots, and work on ameliorating the de facto segregation that defines its neighborhoods, rather than pumping money into a sterile and homogenous street fair that has little if nothing to do with art, Baltimore might have a chance at being more than a third-tier city. Artscape is, at best, dull, but at worst, it’s a gigantic waste of resources, money and manpower that could be diverted into avenues that will aid the city, its people, and, in the long run, its very image.