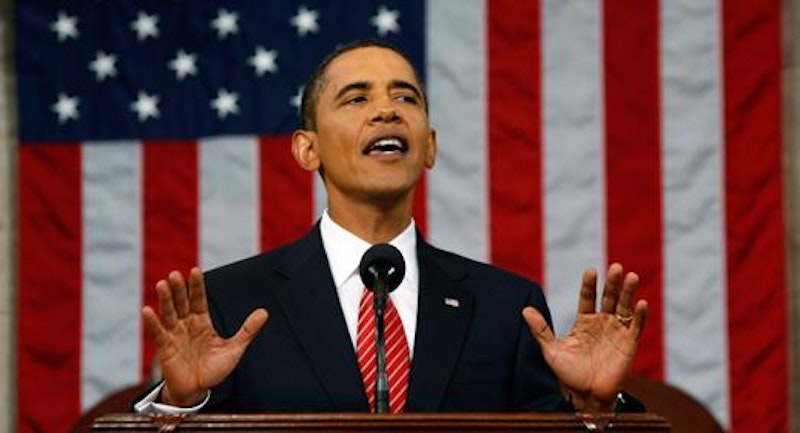 POTUS: Good evening. I hope this finds you well.

POTUS removes his suit jacket and rolls up the sleeves of his wrinkly white shirt. He unbuttons the top three and loosens his powder-blue tie. POTUS sighs deeply and looks at the camera dead-on.

POTUS: I’m going to be blunt. I’m gonna be real. We are all sinking in shit. You know, I know this, yet I’m not allowed to say that. I can’t make the middle school motivational speech anymore, OBVIOUSLY it’s not working.  Jeezus Christ.

POTUS removes a pack of Marlboro Reds from his shirt pocket and lights a cigarette. He rests his head in his hands.

POTUS: Look—Occupy Guys. I get it. I know the Hope thing, yeah—okay, I can only do so much. You are right. I, Barack Obama, am a person, an individual with goals and principles and positions, things I’d like to get done, etcetera—I’m the President of the United States, and the ship is rotting and sinking beneath me. I’m King Shit on a mountain of hypocritical sycophantic charlatans; half of those impotent moles despise everything about me, and the other half doesn’t believe in me anymore. I’ve been president for almost three years and have barely passed any Democratic policies, and the narrative has slipped from my hands completely. I understand this makes a lot of people upset. The protestors are growing but they still lack a straightforward, charismatic leader. People can still get away with dismissing you as freeloaders because people are fucking stupid. You don’t win with nuance, guys: look at me! Get Ryan Gosling to be your media liaison from now on.

POTUS takes a healthy sip from a blue mug. He pauses, looks at the ceiling, then gulps down the rest. He lights another cigarette and takes a long drag.

POTUS: Now, all kidding aside—there really is only so much I can do. You get that, right? I mean, Goldman Sachs practically bankrolls both party campaigns every election cycle, we have a fungus of lobbyists that manipulate what gets passed into law and what dies based on Monsanto’s interests, or Kraft, or News Corp.—the priority is profit, not cultural and social progress. You really think I didn’t get this shit? I can’t do anything about it. We’re bought out. I can have as many staged golf games and send Michelle to Target to buy single ply toilet paper, but a healthcare plan that could insure everyone affordably? Preposterous. What about legalizing pot and coke? Billions in tax revenue. Pfizer would have me shot.

POTUS lights a third cigarette and put his mug away. He puts his feet onto his desk.

POTUS: Obviously I’m an idealist and I tried to change things. But even if the GOP and the Tea Party got on the wagon, I don’t know if I could’ve changed how fucking fundamentalist the attitude in this country is. Anyone perceived as clever or smart is mocked as an impostor, a pretentious and aloof elitist who doesn’t know you. We as a country and as a species are very much a work in progress, and progression means being ready to jettison anything vestigial or obsolete from past generations and modes of thought that were simply wrong. Unfettered capitalism got us here, and more regulation is certainly the answer, but to what extent remains unclear. If we want to even attempt to have a civilized and intellectual conversation about this clusterfuck, we need to re-evaluate every aspect of how we live, from where our money goes, to the tone and candor of our media and politics, to how we interact and work with each other. Humans don’t have to be dumb mammals.  We don’t need to get hysterical at the prospect of drastic change, because to believe anything in your life is intractable is foolish. Let’s just do it.

POTUS puts out his final cigarette and tosses a paper basketball into an off-camera waste bin. He pumps his fist.