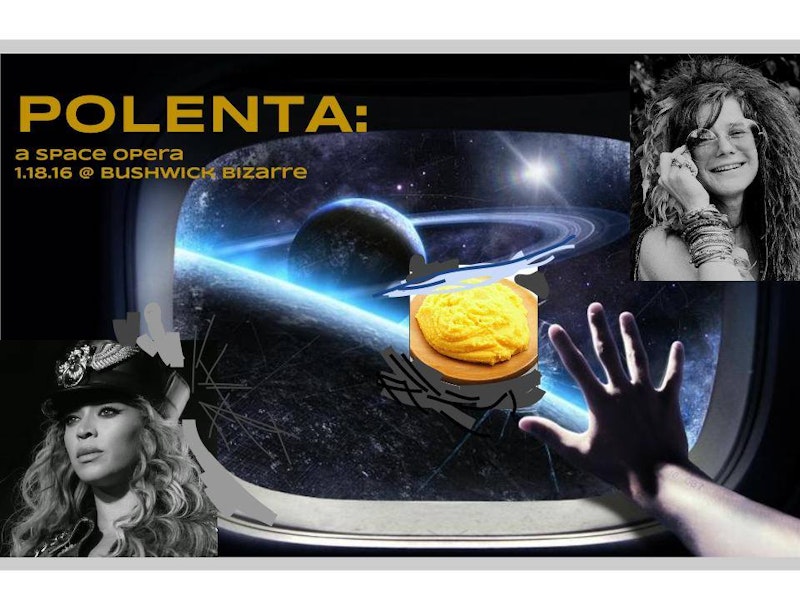 Science fiction, as may be surmised by its appearance in the vast majority of my columns, is what I hope the kids still call “my jam.” But though I consume it just about every day, I realize that I have a somewhat narrow definition of the genre. I tend to characterize it in its broadest terms: stories with spaceships, with robots, anything that takes place in the future or in which characters travel through time.

A recent experience at Undiscovered Countries in Brooklyn helped me break out of that mental rut. UC is a bimonthly theatrical production featuring scripts and performances that are still in development; some are in their nascent stages, others are being shopped around, and some are simply experiments to keep their creators sharp. A few friends were playing major parts in various aspects of this January’s UC, which had a sci-fi theme. How could I stay away?

Between a two-headed, ukulele-wielding MC, a one-man show riffing on a Calvin and Hobbes-esque transmogrifier, and a lovely story about a trans girl with wings in space, I certainly got some of the classic sci-fi beats I was looking for. But I found far more in the process. The night also contained a meta-play about Wal-Mart workers in the year 2055, which contained a bizarrely fascinating monologue on an inscrutable dream; a spoken word piece weaving a fictional narrative about a poly relationship with the author’s experiences with dysgraphia; a look into a future dominated by bubblegum pop and valley-girl colloquialisms, in which cultural deviance is prohibited; some experimental theater regarding what it would be like to invite friends and loved ones into your depression—and more performances I couldn’t understand.

This hodgepodge of speculative fiction accidentally contained a theme: the ways we are changing our bodies and ourselves as technology grows exponentially. Jay Willner’s dysgraphia-centric Vinegar focused on this more obviously than the others, since Willner’s thesis is that the mere act of using a smartphone to obtain information from around the globe has made us into functional cyborgs. Others took this a step further with neural implants and bodily modifications, but each reflected a distinctly 21st-century trend: we’re becoming a very different kind of life form than humans of the early 20th century, and by 2116, may not even recognize ourselves. But that doesn’t have to be a bad thing; as Willner said after the show, technology is the difference between working with dysgraphia and being ruled by it.

Often, we look at science fiction and think only of what it can mean in terms of aspirational models, the Gene Roddenberry utopian ideal being one of the most well-known. Sometimes, we consider what sci-fi might signify in light of human history writ large. But we rarely consider what genre fiction has to say about the very moment in which it was written—yet that’s what made my brain buzz the most that night.

I think that’s what I like most about UC’s brand of independent, bare-bones theater. By pushing aside the distractions of elaborate staging, expensive props, and complicated lighting, the creators are better able to zero in on what matters most to them now. They can push the boundaries of what’s strictly considered sci-fi, the mainstream of which seems to have less to say every year. It’s valuable work for nerds like me. Perhaps I should get started on that shadow puppet space opera that’s been kicking around in my head: Exit, pursued by an Andromedan star-bear.