The Highest as the Lowest

To quote Kid Rock, this is for the questions that don't have any answers. 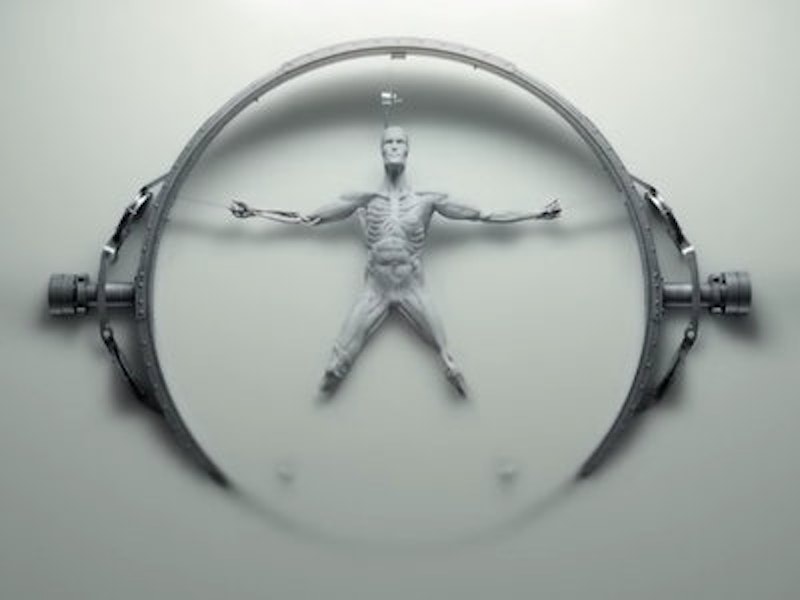 There are two kinds of critics in this world: the ones who have to worry about spoilers, and the ones who don't.

The first kind of critic writes evaluative criticism. These critics tell you what movies to see, what books to read, and what albums to buy. The foundation of their criticism is the rating, a numerical score (or position in a list) that tells you exactly how good a work of art is going to be when you get around to experiencing it. These critics are essential because the sheer quantity of art exceeds what anyone can possibly consume. It's their job to help you narrow down your list; in the world of art, they’re the personal shoppers.

These critics have to worry about spoilers, because they intervene while you're on your way to the theater (figuratively speaking). If they give away the twists, they've ruined the suspense. They can, however, make all sorts of ideological claims about art they're reviewing, in addition to evaluating its style and form. They don't need to provide evidence for their claims: if they say a film is "tender," or "sexist," they're assuming that if you saw the film, you'd agree. Of course, most good reviews include some representative details. Those details represent the entire work of art, just like the scenes in a movie trailer do. This is all they symbolize. Whether the reviewer was right, in the end, is up to you. That's why reviews have so much leeway: they can't prove a thing.

Some works of art, such as albums, might seem exempt from the rule against spoilers. After all, you're allowed to quote lyrics in a review, and nobody reviewing Led Zeppelin had to keep quiet about the crescendo in "Stairway to Heaven." Well, everything is fair game because music critics are incapable of describing what is truly new about a piece of music. They can only compare the new album to others the reader has already heard... but of course, if the music were just the sum of those parts, it wouldn't be original or good. Two people who’ve heard the same album can talk about it on its own terms, without needing to reference anything else. A review, on the other hand, must rely upon the album's peers and antecedents for persuasive effect.

This article isn't about those critics. This article is about something else. To quote Kid Rock, this is for the questions that don't have any answers.

"It is the question that drives us, Neo," says Morpheus in The Matrix, the second film (after Bound) written and directed by the Wachowskis. Why are there so many zombie movies? Why was Cher's "valley girl" speech, in Clueless, so contagious? Why is there always so much unused, "remnant" marble in the sculptures of Rodin? How can Mozart have written the Requiem, which sounds like nothing else he ever composed?

These questions don't have obvious answers, and in a sense, they aren't even answerable. They cannot be exhausted, but out of curiosity, we can see where they lead. That makes us the other sort of critic, the interrogative sort who turns over rocks, finds connections, and writes think pieces. Such criticism is meant for readers who already know the art in question, and want to understand it more deeply. It is also, as Oscar Wilde writes in the preface to The Picture of Dorian Gray, quite revealing. "The highest as the lowest form of criticism is a mode of autobiography," Wilde declares. But what does he mean? What are the highest and lowest forms of criticism?

The lowest form is a kind of moral badgering; nowadays, we new Victorians tend to call such writing "political," in an effort to disguise its true nature. Splice Today's Noah Berlatsky makes his case for political criticism in his recent article "In Praise of Pop Culture Think Pieces," where he writes:

"Many of those conversations [about art] will be about politics. If art is a conversation between people, politics is a description of power relations between people—power relations that have to be negotiated and enforced through communication. Rogue One is about heroes resisting oppression. One way or another, if you talk about the film, eventually you’ll get around to talking about people resisting oppression. Westworld is explicitly and implicitly about rape and slavery; responding to the show is going to involve thinking about rape and slavery."

Superficially, Berlatsky is right: works of art have certain themes, and those themes have analogues in the real world. But it does not follow that an issue of importance in the real world is equally important in a given work of art. Art is not obliged to satisfy our ethical demands or toe a political line; quite the opposite. We may feel a work of art tugging at our conscience, in which case we have an ethical obligation to it. The highest form of autobiography is the acceptance of a difficult truth, at the end of a long critical inquiry into a challenging work. The lowest form is insisting upon ideas we already have; such criticism tells us a great deal about the critic we do not want to know.

Take Westworld, for example. Does anyone want to read an essay arguing that rape and slavery are bad, and that Westworld contains many instances of both? Of course not. What kind of question is such a think piece really asking? "Are robots who are endowed with consciousness, then forced to work, sell themselves, and die, all while inside a theme park, living ideal lives?" No. No they are not. So, then, writers who are at pains to show us all the immorality of Westworld are belaboring the obvious with ulterior motives. Usually, they want to give themselves an alibi for watching the show. It's as if these critics are being forced to watch the show, at gunpoint, because it is so important to warn others about Westworld's bad politics.

In other cases, we’re visited with the nauseating spectacle of a childish fantasy, not yet outgrown, masquerading as a politics. It may not seem ridiculous to follow Rogue One with a conversation about heroes resisting oppression, but it is. Imagine claiming that the main theme of Rogue One was religious belief in the power of the Force, and that the movie was created to further the interests of a Taoist cult under George Lucas' direct control. Obviously, the scenes of heroes resisting oppression are merely symbols for the power of the Force, without which the Light would be conquered. The application of a universal religious perspective to art—as opposed to a universal politics—seems absurd to us, but that’s only a matter of circumstance. Three hundred years ago, the biggest "moral" question about Star Wars would’ve been what a good Christian should make of the Force. There might have been any number of critics who were so enamored of the film's heroes that they were willing to argue for the film's magnificent Christianity. Many of them would have had no qualms at all about recklessly inflicting think pieces on the public.

As Booker Smith argues, also on Splice Today, with respect to Clueless, it’s frequently mistaken and distinctly arrogant to assume that art is naive about its own failings. Of course Doctor Strange is Orientalist, as Berlatsky claims. The filmmakers know it. The screenwriters know it. That is why "the Ancient One" is not the Asian man in robes, stroking his beard, but a bald woman from Ireland. That is why Dr. Strange compares Wong's name to Eminem's name, and to Beyonce, whose music Wong is later shown blasting through earbuds. "We're not savages," Baron Mordo tells Dr. Strange, after giving him a WiFi password. The East seems exotic and promising to Dr. Strange, the dogmatic Westerner, but it has a mind and a wit of its own in the film. The same goes for Watson's homophobia in Sherlock. Berlatsky brings it up repeatedly, seemingly unaware that Sherlock is making a joke about the obvious (and actually naive) homoeroticism of Doyle's original stories. Mark Gatiss is not a straight screenwriter making a joke about Watson the sissy; he is a gay screenwriter making a joke about the straight world, with its unspoken eros and homophobic panics.

"Is the enjoyment of art really divorced from all brain functions?" Berlatsky asks. "Overt racism or sexism in art often irritates and depresses me, and I doubt I’m the only one." Perhaps he’s more alone than he thinks. Racism and sexism in art doesn't bother me in the slightest. If a movie is flooded with it, then the reviewers will catch it, sparing me the time I would otherwise have lost. If it's incidental, though, then I make a note of it and move on. Of course Morpheus, Tank, Dozer, and the Oracle are "magical Negroes." Does this make The Matrix unwatchable? Not at all. There's more to each character than that. Nor do I think the Wachowskis' decision to transition makes them inherently politically correct. Sometimes they are downright embarrassing, but that is irrelevant to the questions I want to ask about their art.

Berlatsky calls art a "conversation," but that's not quite right. Art is a performance and a waking dream. It doesn't negotiate with its audience, thank God, and it doesn't enforce anything at all. It can't. It no more negotiates anything, or enforces anything, than the White Rabbit does as he whisks past Alice. The White Rabbit doesn't exist to teach Alice a lesson about the importance of punctuality or the folly of hurrying through life. All she can do is wonder whither he is going, and then follow close behind, discovering by means of her adventure just how deep the rabbit-hole goes.