When Is The Truth Pejorative? 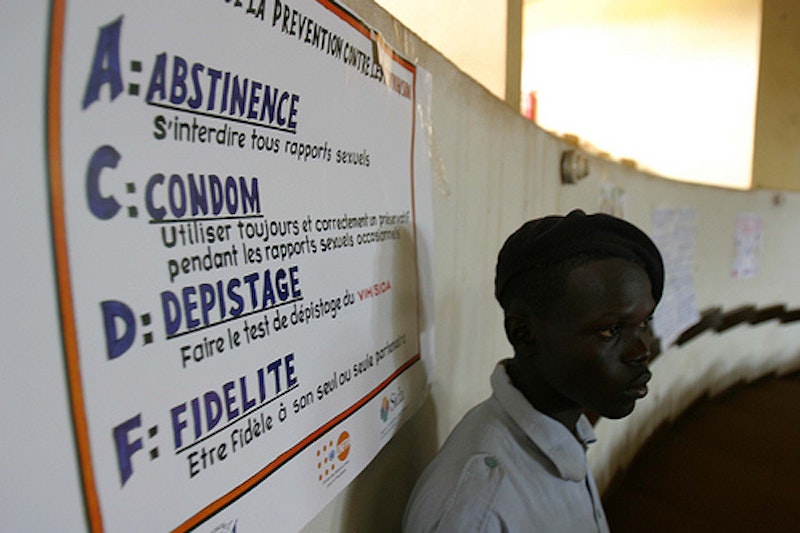 hdptcar The Central African Republic has one of the highest HIV infection rates in the region. To prevent the disease from spreading further, humanitarian and development organisations teach the young about risks and prevention.

The truth is often cold, hard and downright ugly. But is the truth ever pejorative? Can the truth be used in such a way that it can have a disparaging, derogatory, or belittling effect or force? I’d say no; truth can only be what it is. When the truth is portrayed in any other form, it is, quite simply, a lie. The truth is really the only thing in the world that is black and white.

In The Kite Runner by Khaled Hosseini, the father, Baba explains sin to his son Amir this way:

Now, no matter what the mullah teaches, there is only one sin, only one. And that is theft. Every other sin is a variation of theft. When you kill a man, you steal a life. When you cheat, you steal the right to fairness. When you tell a lie, you steal someone’s right to the truth.

Perhaps this is overly simplistic. For example, some people say there are three sides to any disagreement: the plaintiff, the defendant, and the truth, which lies somewhere in the middle. Yet even in such an example, the truth is not diminished. Even though each person may slant the truth in his or her favor this does not change nor alter the facts. And facts are what support the truth.

When a person or group holds a belief or opinion that is not supported by facts, the best way to distract others from this flaw is to make a specious claim. Such is the case with AIDS Denialists. They are offended by being termed “denialists,” as they claim the term unfairly associates them with deniers of the Holocaust, Climate Change and 9/11. However, is that a legitimate claim, or further distraction from the truth? Here at Splice Today, Zach Kauffman wrote a thoughtful article called, Notes from the Field: HIV/AIDS Denialists, which apparently was the final straw for this group. In direct response to Kaufmann, they created a Facebook page as a call to arms for AIDS “Re-Thinkers,” (their preference) to rise up and fight this horribly pejorative term!

I can’t understand their logic.

AIDS Denialists say that they are just questioning the validity of the science of the past 26 years. They are not “denying” anything. But is that true? It’s my assumption that they will agree to the following:

They deny the existence of the virus known as HIV OR

They deny HIV is harmful or pathogenic.

They deny HIV medications are helpful.

They deny HIV medications have drastically extended and improved lives.

They deny HIV caused the deaths of countless hemophiliacs.

They deny the devastation HIV caused in the 1980s.

So why is it that this group abhors the term “Denialist”? They admit to holding the above beliefs. Is it just semantics? Do they have a valid beef? Or are they just tilting at windmills, obfuscating the facts and attempting to steal our right to the truth?