What If We Need Blogging?

Blogs can replace newspapers. Step one: take advantage of the inherent communities. 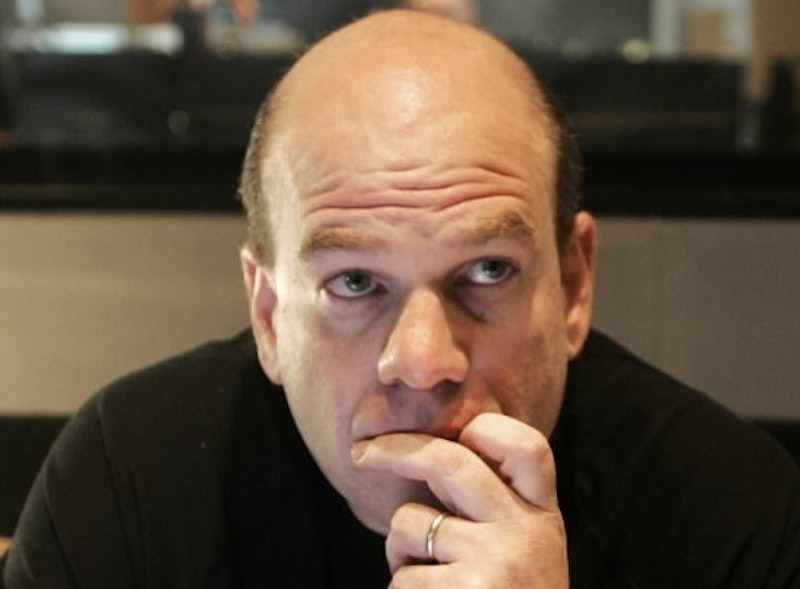 The conversation has finally made its way to Capitol Hill. The newspaper is doomed, blogs can’t help us, and the industry needs a bailout. A few weeks ago, I took a shot at explaining that blogs weren’t trying to take the place of newspapers and fill a completely different niche in information consumption. But as I sifted through The Wire creator David Simon’s impassioned plea for government-backed newspaper aid, and a response from Gawker’s Ryan Tate, I realized there’s still some explaining left to do. (Full disclosure: Simon is a family friend).

Simon’s biggest concern is that bloggers, working virtually for free, do not show up to obscure city council meetings, spend time getting to know sources, or devote their lives full-time to journalism the way a salaried reporter does. Tate disagrees and brings up a lot of valid points despite the tasteless title of the post, “David Simon- Dead Wrong Dinosaur.”

As someone who covered local politics—student and city council at the University of Michigan and in Ann Arbor for a couple of years at The Michigan Daily—my experience more closely mirrored Tate’s. Often, a local blogger and I would be the lone public witnesses to the inane arguments of the councils. But what Tate overlooks is that in Ann Arbor and in the Bay Area and in Salisbury, MD, site of another decent sized university, concerned citizens have taken journalism into their own hands. Simon specifically points out that this phenomenon has not quite reached Baltimore in his experience. It stands to reason that activist blogger gadflies don’t exist everywhere.

This also overlooks the fact that sometimes outside forces affect localities more than any city council meeting. What happens in the Maryland State House in Annapolis can often trump Baltimore’s city council, and there is just no way for a single person to cover both thoroughly at the same time. I don’t agree with Simon and believe that bloggers can be just as connected and well-informed as a journalist, but I do think that the extra resources, like Simon’s Fallujah bureau example, are problematic if we’re actually expecting blogs to supplant newspapers. What’s sad is that Simon’s concern is already manifesting itself in the newspaper industry, and that second state house reporter probably got bought out a couple weeks ago.

Before tackling some of the biggest issues—international coverage and finding a feasible financial structure—blogging needs to grow. It is, after all, still a very young medium. What it can address for itself right now is depth and breadth of coverage. If blogs can begin to match newspapers on these fronts, they will be poised to replace the Old Machine without missing a beat.

Let’s take a look at how depth and breadth can be addressed by blogging through my favorite lens: the sports blog. For whatever reason, sports blogging seems more advanced and relevant than hard news, which I think is more a matter of devoted fans attacking the subject. After all, there are millions of sports fans but only a handful of people who can explain derivatives.
Sports blogging began as a realm of reaction and commentary, but now bloggers are becoming vocal members of the sports coverage world. Someone like Every Day Should Be Saturday get access to SEC media day and a spot in the press box at the National Championship game. MGoBlog seems to have more sources in the Michigan Athletic Department than the local newspapers.

Blogs’ biggest advantage right now is the presence of a synergistic community. This breaks down in two ways: the blogger-to-audience community and the blogger-to-blogger community. The best bloggers invite interaction and allow the audience their own prominent space to discuss concerns. MGoBlog has a separate column for diaries and comments where some of the best discourse occurs. This sense of community and the sense of personality behind the blog—everyone feels like they know Brian Cook—silently invites sources to get in touch.

This openness and accountability—he always gives credit where it’s due and takes responsibility when he makes a mistake—combine with an ideal that the blog belongs not just to Brian Cook but to the entire Michigan fan community. It is almost your duty as a reader to give back to this community with information when it comes your way. Not to mention Cook is a longtime member of the University and Ann Arbor community which comes with personal ties beyond his role as journalist that can breach the wall of Michigan athletics. An outsider professional journalist cannot walk into this, and even a talented one may never quite get to the same place as someone who has spent a great portion of their life here.

On the other side of the community equation, you have the blogger-to-blogger relationship. This spreads the coverage further and analysis deeper. As mentioned in the last column about this subject, niche blogs have pioneered new space in the information world. MGoBlog is the touchstone Michigan blog and serves as a hub for the entire Michigan sports universe. It can link to The Blog That Yost Built, who covers Michigan hockey more than anyone else really ever has, and now Yost’s specialized discussion is brought into the broader forum.

This is not a one-sided relationship, though. Because MGoBlog gets so many hits, a link to Yost’s discussion increases page views there, as well. Yost can then link back to MGoBlog and let the people reading his blog know that more discussion about his posts can be found elsewhere. Now, when MGoBlog links to someone like EDSBS, a Florida blogger, you then get people from different niche communities mixing together. I now know more about Florida and SEC football than I would ever expect because I was constantly getting directed to EDSBS from MGoBlog.

That’s what newspapers are supposed to do: take you out of your immediate neighborhood and expose you to the whole news. You may go to a paper for local news or sports news or comics, but it provides you with a greater view of the world and information of all kinds. We just focused on college football, but even these blogs link to world news and commentary. How does Malcolm Gladwell’s piece in The New Yorker affect Michigan football? Well, there’s a little blurb and a link and you can decide for yourself. This synergy is a world away from the moat-surrounded worlds of newspapers, and if it continues to flourish, blogging may yet be top dog.