The Olympic games have a long history of being highly politicized and highly dangerous. This year, in Beijing, the threat of a terrorist attack is as real as ever; several conspirators have been found and arrested. As the Olympics commence, the athleticism may take a back seat to political tension. 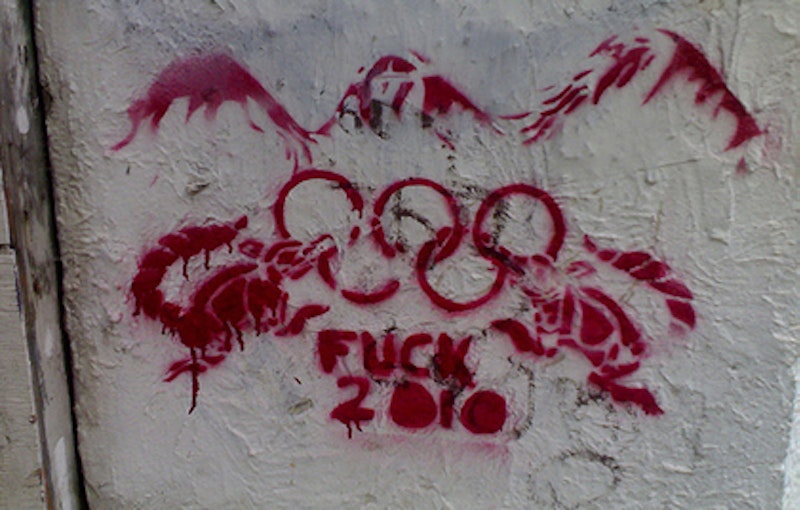 Every four years an important event grabs the public's attention. Its origins rooted in tradition, people gather to support their favorite competitors and debate their qualifications as each seeks to finish first. With a substantial financial commitment behind each participant, the consequences of this political event have implications that reach across the globe. The final results stand for another four years until the next group of contestants steps forward to either continue their group's winning ways or dethrone their opponents.

This may sound like talk of a November Presidential Election, but is instead the backdrop to the Summer Olympics in August.
At its heart, the games are a showcase of the world's finest athletes who represent their countries while engaging in friendly competition and promote goodwill with participating nations. Unfortunately, with sometimes shaky relations between country leaders and the grand stage the games promote, there inevitably comes a degree of concern about how the games will proceed.

The 1972 Olympics in Munich, Germany saw the horrifying images of terrorists hijacking and killing Israeli athletes in a hostage situation that played out on live television. At the 1996 Olympics in Atlanta a man planted a bomb that went off and claimed the life of a spectator.

The 2008 Olympics in Beijing, China are not without the threat of attack either. In April, national media reported that Chinese officials arrested 35 suspects accused of plotting suicide attacks during the games.

Another area of concern at the Olympics every year is the potential for protest and boycott of the event by human rights leaders. The issue of independence for Tibet has led organizations like Reporters Without Borders and Students for a Free Tibet to campaign against the games.

China is also in hot water with protesters for its handling of the genocide occurring in Darfur, Sudan. China supports the Sudanese leader responsible for organizing militia that have wreaked havoc on citizens of the country. Activists are pressuring China to take a stand against incidents in Darfur to restore human rights. Similar pressure regarding the treatment of citizens in Burma has been pushed toward China, too. Activists have already threatened to either boycott the games or stage protests in Beijing unless China changes their approach in handling these worldwide crises.