America In Decline? Not Quite

Calling on the collapse of American power has become so trendy that big name pundits on the left and the right are piling on. But while there's no doubt that the U.S. is going through a tough stretch, according to this essay we're still a long ways away from the fall of Rome. 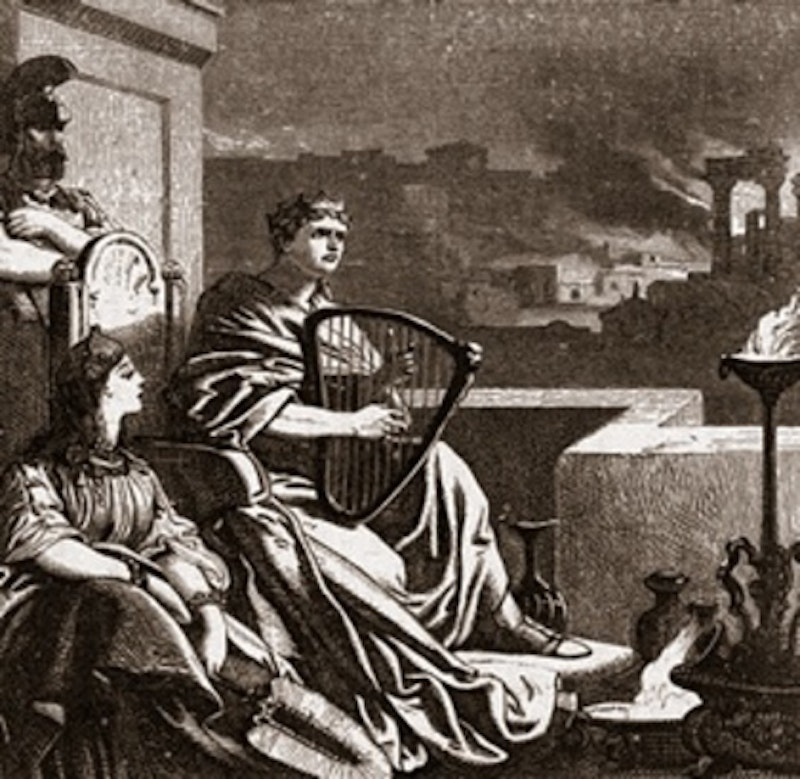 Many pundits, from Patrick Buchanan on the right side of wrong, to innumerable writers for organs like The New York Times, on the left side of wrong, seem to think so. Without minimizing the problems that America faces, I suspect that what we have here is a case of wishful thinking, colored variously by self-hatred and (what is not quite the same thing) oceanic, socialist-inspired utopian longings. In short, I believe that what Mark Twain observed of his own demise–the reports of which, he said, had been greatly exaggerated–can also be said of the gloomy prognostications of American eclipse.

How refreshing, then, to find Robert J. Lieber’s bracing essay “Falling Upwards: Declinism, The Box Set,” in the current issue of World Affairs. Lieber does not underestimate the challenges–economic, social, political–that America faces. But he puts them into perspective, which means he looks at America’s place in the world without the anti-American assumptions that seem to inspire most of the opinion-emitting elite these days. “On the economic front,” Lieber observes, “without minimizing the impact of today’s challenges, they will likely prove less daunting than those that plagued the U.S. in the 1970s and early 1980s.”

Lieber’s whole essay is worth reading. I was particularly pleased by its conclusion:

Over the years, America’s staying power has been regularly and chronically underestimated—by condescending French and British statesmen in the nineteenth century, by German, Japanese, and Soviet militarists in the twentieth, and by homegrown prophets of doom today. The critiques come and go. The object of their contempt never does.