This Whole Thing Can Come Falling Down

How confident are you about U.S. stability? 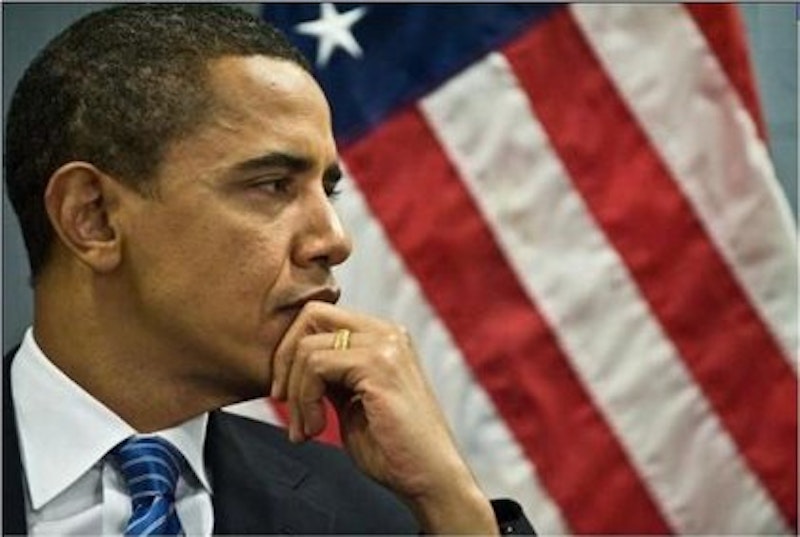 The one thing people want about government is that it should stick. It shouldn't come undone. Our public life of the past six years has been about Obamacare more than anything else, and the period ended in a decision: Obamacare was here and working. Now we have to wonder because of a drafting error. I think this situation works counter to stability. A habit of mind is encouraged, one in which things that officially have weight turn out to be jokes.

Pundits have noted that our president seems droopy and depressed. Maybe he knows something we don't. Do you think the whole deal will be around in a few decades? I could be alive when the roof caves in. And in the meantime, what good is my mutual fund if the Supreme Court torpedoes Obamacare? Tearing apart a public policy that took six years to build, and doing it because of a wording mistake—you can get away with it, but government becomes about as firm as pick-up sticks. Any step forward becomes a show, a feint that's going to be undone by some patter nobody really understands. There are five Republican justices and four Democrats, and that's what counts. Then people ask themselves why it should count.

Government isn't going to last if the Supreme Court rules against Obamacare in Burwell, that dumb case about who gets federal subsidies for buying health insurance. (Poor people in states where the state government runs the website for finding health insurers, or poor people in any state whatsoever?) Right now it's debatable whether the U.S. government functions. If the court screws up, the debate will be settled. After a few more years, even our pundits will notice. The people's vote produces no results because... because of things that sound like rules for a board game.

The people decide that the game doesn't interest them and they will play by different rules. And then we get some serious trouble of a sort we're not used to. Not our prolonged and by now familiar financial screwing over, but a quick reshuffle of social and political possibilities, one that results in banks failing and people getting shot in the streets. My mutual fund suffers profusely and I'm living outdoors like a bum.

Key event of 2014. Politically, I'd say it's this. The President told a big-time magazine editor the following: “You have an economy that is ruthlessly squeezing workers and imposing efficiencies that make our flat-screen TVs really cheap but also puts enormous downward pressure on wages and salaries. That’s making it more and more difficult not only for African-Americans or Latinos to get a foothold into the middle class but for everybody—large majorities of people—to get a foothold in the middle class or to feel secure there.”

In the same interview, the President said that some whites were biased against him but that some blacks were biased for him. This observation attracted hostile notice because conservatives clipped off the second part. Nobody thought to quarrel with the President's plainly expressed view of the U.S. economic system. “Ruthlessly squeezing”? Yeah, all right. Apparently everyone realizes that's the case.

Nixon on Caro. This is from 1982. Nixon is sitting with his old pal Pat Buchanan. They're on set for Crossfire, and during a commercial (go to 0:52) Nixon asks if his friend has seen that “terrible” Caro book. He means The Path to Power, the first volume of Robert Caro's giant biography of Lyndon Johnson. Buchanan doesn't catch on; he thinks Nixon means some book by an ex-aide to Johnson, George Reedy. But Nixon persists. He means that Caro book. He can't believe what it did to Johnson. Muttered: “Makes him feel like a goddamn animal.” Louder: “Course, he was.” He and Buchanan share a laugh. “He was a man,” Nixon says, louder yet.

One thing really impresses Nixon: “It gets a rave review from Clifton Fadiman at Book of the Month. Unbelievable.” Nobody remembers Clifton Fadiman, but I like him and I'm glad to see him named. Of course, in 1982 I would have found his mention very funny. As a reviewer he'd been around for 50 years; he was one of those fellows with bow ties.