The Secret Service Threw Me Out of the Bathroom

Teddy Kennedy had to take a dump. 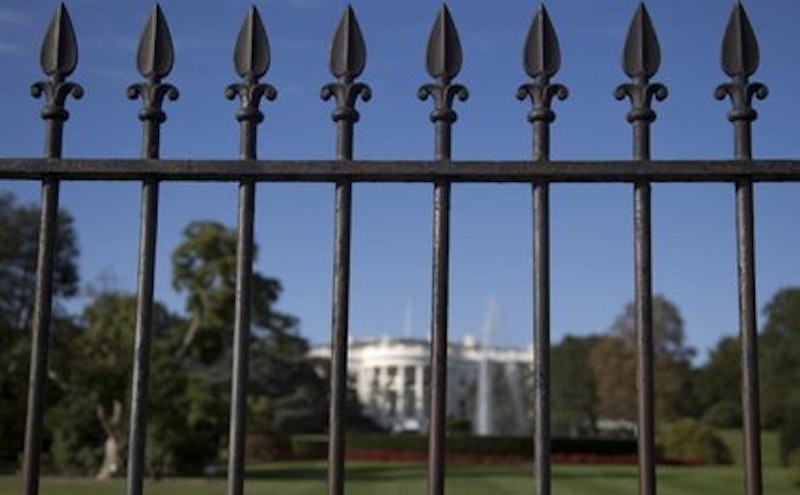 The year was 1976 and the place was Hershey, Pennsylvania, where the nation’s 50 governors had gathered at the elegant Hotel Hershey to celebrate America’s 200th birthday and to exchange ideas on governance and the season’s presidential election.

I’d eased away from the main ballroom where the governors were meeting in plenary session and into an adjoining men’s room when a steely-eyed, humorless man entered and abruptly ordered me to zip up and get out. I mumbled a profane protest but he insisted that I leave immediately even though I was wearing the conference’s appropriate badges and ribbons that identified me as a big cheese.

As I was leaving the tiled echo chamber of gushes and flushes I saw what the fuss was all about. Sen. Edward M. Kennedy (D-MA), had urgent need to make a deposit. At the time, barely a decade after he lost two brothers to assassins’ bullets, Kennedy, a conference guest and speaker, was under Secret Service protection that was supposed to guard him from even so much as a common cold, even a harmless governor’s press secretary, to the chairman of the National Governors’ Association, no less. Kennedy’s protectors made certain that even the hotel men’s room was clear of any potential menace, no matter how insignificant.

If he had wanted to check, my negotiant would have found that I also had Secret Service clearance from an earlier life as a White House correspondent who traveled on Air Force One and on the White House press plane to far-away places at the whim of President Lyndon Johnson. Not to mention that the Maryland State Police had checked me out thoroughly before I went to work for Gov. Marvin Mandel (1969-78). The men’s room, after all, is supposed to be the great equalizer and the ultimate democratic gathering place where everyone is reduced to the same functions.

Comes now the news, through some admirable reporting in The Washington Post, that the very same elite Secret Service that patrols men’s facilities allowed an armed convicted felon to stand shoulder to custom-tailored shoulder with President Barack Obama on an elevator, all the while snapping “selfies” with a cellphone camera—a breach of Secret Service protocol.

On another occasion, a man armed with a knife jumped the White House fence and penetrated the building, overpowered a Secret Service agent and roamed the main floor past the stairway leading to the presidential living quarters and sprinted as far as the East Room, the opulent space used for many celebratory occasions and television addresses. A White House usher had muted the alarm, the last line of defense, because it was noisy. The jumper, Omar Gonzales, an Iraqi war veteran, also had 800 rounds of ammunition in his car.

And before that, in 2011, a gunman fired at least seven shots at the upstairs level of the White House, where the first family lives, leaving pock marks in the building and in a bulletproof window. The bullets were found not by the Secret Service but by a housekeeper.

There have been about 160 breaches, though many more have tried, since the White House fence was first built, in rudimentary form, by Thomas Jefferson in 1801 to pen grazing livestock. It’s been modified, gated and expanded many times since. Most jumpers who make it over (or through, as one toddler did) the fence usually mean no harm to the president but are promoting a cause or seeking attention.

Barricades were built on the streets outside the White House grounds in 1983. During the 1990s, the fence perimeter was expanded by one block and in May, 1995, Pennsylvania Ave. was closed to vehicular traffic as a reflexive action to the Oklahoma City bombing. Most, if not all, security measures are ordered by the Secret Service, often over the objections, but without interference from the chief executive. (Recall that the Secret Service took away Obama’s Blackberry.) In fact, the Secret Service, more often than not, serves as a convenient foil for questionable action.

And now there is renewed talk about shutting down the streets around the White House to prevent reoccurrences of such intrusions into the most prominent piece of real estate in America. Those who oppose such action argue, rightly, that any additional barriers would further isolate the president from the people he governs.

The 6700-member Secret Service has also left its handiwork in Maryland. When Spiro T. Agnew (R) was nominated as vice president in 1968, the Secret Service assumed responsibility for his protection in Annapolis and on his travels.

The Secret Service, in turn, trained the Maryland State Police in the dark art of “personal protection,” upgraded their weaponry and installed sensors and cameras in and around the Governor’s Mansion and the State House complex where even the smallest anthill is monitored 24 hours a day. Most important, the agents taught the Troopers to form a protective pocket around their subject like offensive linesmen guarding a quarterback and to use their elbows as lethal weapons.

The Maryland State Police executive security detail grew to be the second largest in the nation, at a peak of 21 at the time, following Gov. Ronald Reagan’s armed and dangerous contingent of 50. Before that, Agnew, and his predecessor as governor, Millard J. Tawes (D) walked the streets of Annapolis freely and mainly unaccompanied except for an occasional aide or a single Trooper. One reason, among others, for the size of the executive protection force is the State Police regulation on overtime and shift changes.

Covering the White House under Johnson was a rigorous gig. Johnson had two visible hang-ups: an intense dislike of the press, and a fear of being shot, succeeding to the presidency, as he did, following the assassination of John F. Kennedy. For the most part, Johnson refused to sleep anywhere but the White House, his ranch in Texas or on Air Force One. Only occasionally did he overnight at a borrowed house but never in a hotel.

Today’s White House reporters are usually given advance notice of extended trips. Johnson refused to release travel plans to anyone until the flotilla of planes were airborne. On my first day at the White House on April 8, 1968, the Monday following the weekend riots in Baltimore and Washington, the press corps was told to pack a bag for 10 days—and that was off the record.

Once in the air, and this was long before cell phones and laptops, it was announced that we were heading for Honolulu and a presidential meeting with Chung He Park, president of South Korea, and a briefing on the Vietnam War at Pearl Harbor. It was impossible to file a story until we landed, just the way Johnson, in his fanaticism for secrecy and punishment, wanted it. Johnson would be staying overnight at the estate of industrialist Henry J. Kaiser and the presidential retinue would be housed at the Ilikai Hotel on Waikiki Beach.

Somebody forgot to tell the folks at the Ilikai hotel. So the Secret Service counted heads and went though the hotel room-by-room ejecting guests and tossing their belongings into the hallways until the President’s party was accommodated and settled. The back end of the 10-day trip was spent in Austin, Texas, much of it loitering in the make-shift press room at the drab Driscoll Hotel under the watchful eye of an ever-present Secret Service agent.

During many years of association with the Secret Service, as White House correspondent and as the governor’s press secretary at White House meetings, governors’ conferences and political conventions, there was never an unpleasant experience or memory, even with the agent who ejected me from the hotel loo. He was doing his job. For the most part, the agents were very accommodating, though occasionally they’re forced to act like bullies.

Yet there have been a number of screw-ups and breakdowns in protective procedure lately that we’re just learning, including debauched agents, agents consorting with prostitutes and just plain negligence. Somebody’s head had to roll, and it was Julia Pierson’s you saw on the evening news. As the Secret Service director, she made an unforgivable mistake: she neglected to tell the president that his life had been in danger and he found out about it the same way the rest of America did—from the media.