Two grad students took time over the summer to apply their consumer-behavior economic analysis to a slightly different topic: Oprah's endorsement of Barack Obama. What they found is kind of shocking and sheds new light on the poorly understood dynamics of political endoresements. The media diva's recommendation resulted in an additional million votes for Obama during the primaries, according to the study. 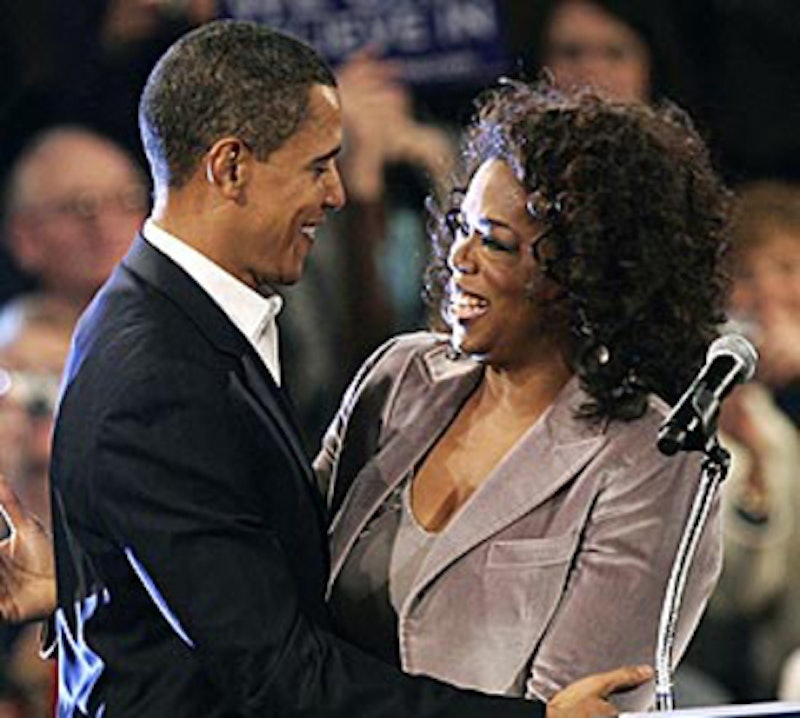 Moore and Garthwaite analyzed Oprah's ability to influence consumers through subscriptions of her magazine and sales from her book club, and applied this same impact on voting behavior while factoring in numerous control variables such as age, race, income and unemployment.

"Even after controlling for all those things, we still find a relationship between Oprah's magazine circulation and Barack Obama's share of the votes," said Moore, who placed less emphasis on the reported exact number of votes from Winfrey's endorsement -- 1,015,559 -- than on the more general finding that Winfrey's endorsement had an enormous influence.