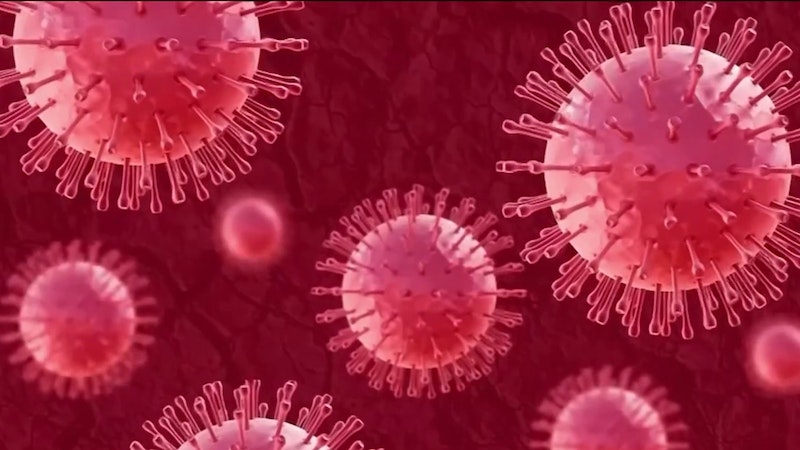 I saw a kid, probably about 11, repeatedly kicking an anti-COVID mask on the sidewalk in New York City. It wasn’t as if the mask was balled up in some way that made it fun. It was just sitting there, flat and mostly immobile, getting abused. Can you blame the kid, given what a symbol of submission and fear masks have become? Not for him the phony “Hooray for my mask, which keeps me safe!” sing-alongs they’re presumably doing in schools these days.

That’s not to say the current plague is wholly imaginary. As I noted a couple months ago, this health threat, like so many others, can be real and overblown at the same time. The more you’re asked to give up in response to a threat, the more reasonable it is for you to be skeptical about how dangerous it really is.

With the Omicron Variant (not called the Xi Variant, presumably to avoid offending the president of China) of COVID suddenly being touted as if it might destroy South Africa (mere days, coincidentally or not, after we were assured South Africa is doing so well that it doesn’t want or need supplies from Johnson & Johnson or Pfizer) and then destroy the rest of us, it’s worth noting, by way of caution, that one of the lead doctors who found the Omicron Variant there (in vaccinated patients, no less) says that while it’s true Omicron causes odd new symptoms, they are very mild compared to prior forms of COVID.

So why all the fuss? I’m not saying it’s all a scam—nor that the next fast-mutating reason to put your whole life on hold will be—but I am reminded of an unsettling lesson I learned while working as an editor at a science thinktank. For several years, my boss was an epidemiologist (since passed away), and in contrast to the fawning view many have of doctors and scientists, she sometimes likened her fellow public health experts to terrorists. After all, they spend a lot of their time trying to get the public to be more frightened—and thus more amenable to policy changes—over what are often very small new threats.

Outright lies are rare in science and health reporting, but, as with nearly all journalism, the dropping of context is routine and can make anything sound like an unprecedented cause for panic (see: terrorism, bad weather, juvenile delinquency, magnetic field fluctuations, etc.; sadly, smoking or driving-while-intoxicated might kill you, but most other health threats you hear about in the news are overhyped and best ignored, unless your doctor insists you have a particular problem—not that I’m a doctor, mind you). You see similar context-dropping by attention-seeking, power-seeking authorities of all kinds, though, public sector and private, not just health gurus.

There’s plenty of wiggle room, then, in our potential responses to many threats, and that’s why you hear Biden using dire phrases like “dark winter” to describe COVID’s impact but then see him photographed mask-less inside a Nantucket store that mandates masks. That doesn’t make the whole thing a hoax, but as a man of both science and media, I know there’s plenty of room for rhetoric layered atop the facts, a range of plausible reactions. If you want lockdowns, public health authorities can whip up some lockdowns. They could do it for the flu, too, maybe even for gingivitis in a pinch, though life must go on.

I can’t blame a conspiracy theorist like Casey Brown for pointing, as if to forewarnings, to an Italian 1960s sci-fi movie called Omicron about vampire-like aliens infecting and displacing humanity or a 1999 David Bowie-narrated videogame called Omikron about demons luring us into an alternate dimension disguised as a videogame environment. There’s plenty of room to spin things in a scary or reassuring direction as required by the establishment’s media stage managers. And spin they do.

But speaking of political theater, it was telling that when Ted Cruz, likely noticing that his fellow senator Rand Paul has gotten some traction criticizing health czar Dr. Fauci, said Fauci deserves to be prosecuted, Fauci’s response this time was not to rattle off health facts but to suggest Cruz may deserve to be prosecuted for cheering the activists who stormed the U.S. Capitol on January 6. Two (perceived) crises and four radically clashing narratives, all crammed into one exchange. J6 vs. C19! Now it’s a fight!

What hope of agreement do we have left? I’m not sure anymore whether “I can’t breathe” protest signs refer to strangulation-by-racists incidents or mask-wearing mandates. (Similarly, when I saw a Twitter thread degenerate a few days ago into people posting pictures of bundles of sticks, I genuinely wasn’t sure whether I was supposed to think it meant “faggot” or “fasces,” both reasonable interpretations of the image but neither likely evidence of a reasonable dialogue.) I look forward to health-debate signs reading “No tax! No vax!” or “I’ve got stage-four capitalism!”

To escape the current mess, it’s important to step back and remember we didn’t just get here because of current mask fights, prior Trump-stoked squabbling, or even the preceding several years of social media and social justice. We’re reaping the paralytic side effects of decades of fear-mongering and risk-aversion (whether you startle most at germs or terrorists), with all the regulations that were thereby rationalized and justified. But the more the future starts to look like a boot stamping a human face forever, no matter the scientific rationale, the more kids will kick masks instead.