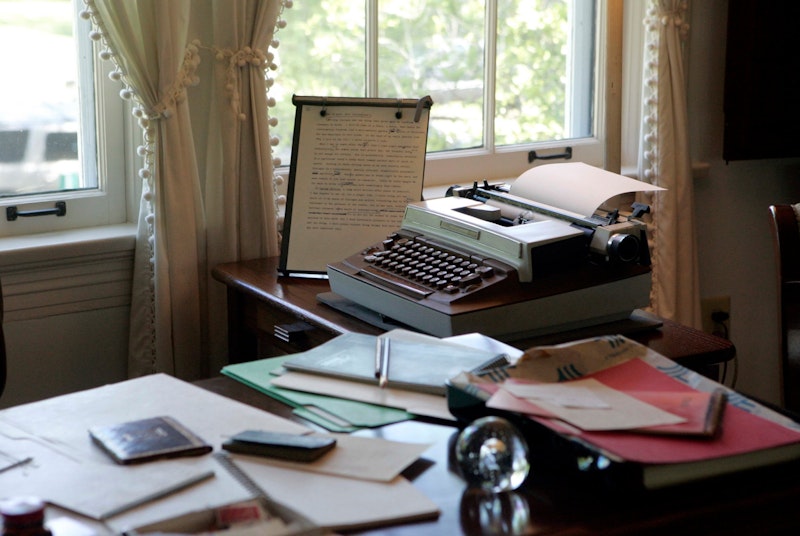 Michelle Goldberg is in the throes of a public nervous breakdown. The 46-year-old New York Times columnist wrote last week—pre-Omicron!—that America’s electoral system is unfair, damn it, what with gerrymandering and the Republicans, at least right now, poised to win the House and Senate next year, even if Democrats receive more votes nationally. And then there’s Supreme Court, “controlled by conservatives, even though Democrats won the popular votes in seven out of the last eight [presidential] elections.” It’s unlikely that even Transportation Secretary Pete Buttigieg’s proclamation on MSNBC Sunday that families who buy electric vehicles will “never have to worry about gas prices again” will cheer her up. (My eccentric friend, and gifted writer, John M. Harris also noted Goldberg’s condition.)

Goldberg’s Nov. 22 column opened: “On Friday morning, after a night of insomnia fueled by worries about raising children in a collapsing society, I opened my eyes, started reading about efforts by Wisconsin Republicans to seize control of the state’s elections, then paused to let my tachycardiac heartbeat subside. Marinating in the news is part of my job, but doing so lately is a source of full-body horror.”

My advice? Lay off the marinade!

I don’t believe that society’s “collapsing,” although the current political/cultural climate isn’t as placid as I’d like. I’m glad that, unlike Goldberg, my sons are adults and aren’t mired in the Byzantine world of education, whether pre-school, elementary, middle and high school or college. I don’t lose sleep over the ancient practice of gerrymandering—which provides a smorgasbord of machinations by both Republican and Democratic legislators—and certainly not whatever’s going on in Wisconsin, which has larger problems with driver-less cars (if you believe Washington Post or CNN headlines) crashing into holiday festivities and killing innocent people. I’m not in favor of the Supreme Court overturning Roe v. Wade—right now up in the air—but complaining about the composition of the Court is, I think, futile, since the United States still elects presidents via the Electoral College and not by popular vote. (And after Bush defeated Gore in 2000, despite losing the popular vote, you’d think Democrats, ahem, Ms. Goldberg, would’ve begun the arduous process of changing the system; in the intervening 21 years, progress, instead of mere whining, probably would’ve occurred.)

One more Goldberg snippet, if only to assure that you’ll share her insomnia (why she doesn’t hie herself to her Brooklyn pharmacy and procure Mother’s Little Helper is a mystery): “Given the trajectory of American politics, I worry about progressives retreating into private life to preserve their sanity, a retreat that will only hasten democracy’s decay. In order to get people to throw themselves into the fight to save this broken country, we need leaders who can convince them that they haven’t already lost.”

What “leaders” is she referring to?

It’s speculative, but my five bucks says that Goldberg, judging by the above, has little faith in Joe Biden’s ability to come across as a “leader,” and the same would go for Vice President Kamala Harris (D-Willie Brown), Buttigieg (D-CIA), Nancy Pelosi (D-Upcoming Retirement) or “Climate Czar” John Kerry (D-Private Planes/Dijon Mustard).

Fortunately, I’ve never had a problem getting to sleep at night—tomorrow’s such a short time away—but if I did toss and turn, I might think about the now-farcical Anthony Fauci, who’s issued more contrasting health opinions than the Astros changed pitchers in this year’s World Series, a man in need of retirement even more than Pelosi or the fossil known as 88-year-old Republican Sen. Chuck Grassley. I might get pissed over the finger-waggers who still congratulate themselves by telling anyone who’ll listen that they’re quadruple-vaccinated but will continue to wear a mask everywhere, because “I’m doing it for you,” you shitty, uneducated, ugly little prole. I hope that early reports that Omicron isn’t causing such a fuss are accurate, and that economy-killer lockdowns aren’t coming, mostly because Americans won’t stand for it. That the financial markets are engaged in a dipsy-doddle over the new Covid variant—who needs Vegas or online gambling when the casino known broadly as “Wall Street” is open—isn’t indicative of the immediate future.

As an antidote to “progressive” scolds like Goldberg, there are writers like Walter Kirn, who tweeted on Sunday: “If you think capitalism devalues human beings, treating them as mere laborers, try science, which treats them as nothing but data points for its hypotheses. If you disliked the factory, that is, you’re positively going to loathe the lab.”

As it happens, there was a profile of 59-year-old Kirn in The Wall Street Journal last weekend, written by the excellent Tunku Varadarajan, that highlighted the well-known author’s latest incarnation, that of a traveling scribe, checking in from different parts of the country and offering observations that sometimes horrify longtime friends of his in New York and Los Angeles. That Kirn calls “small-town” American “a reservoir of idealism,” might get him nixed from Christmas Card lists, that is, if people sent Christmas cards today.

Kirn isn’t a doctrinaire man with a political megaphone. He’s one of the most reasonable writers of this age—along with Christopher Caldwell and Holman Jenkins Jr.—and you won’t see a picture of him on Twitter holding Biden’s decapitated head or tying a noose around Steve Bannon’s neck. He acknowledges prejudice on both the Coasts, and “flyover” country, such as Montana, where he lives. But he adds a common-sense caveat: “The people who have these unfounded beliefs about cosmopolitan America aren’t powerful in the society. They don’t run our institutions. They don’t broadcast our media. They don’t make financial moves on Wall Street that change the complexion of whole parts of America.”

Is Kirn pissing outside or inside the American tent? It appears he’s still figuring that out, which is a far cry from demagogues of contrasting ideologies. Maybe he’s the kind of leader Michelle Goldberg is pining for. Then again, Kirn’s white, heterosexual, male and older, so dash that thought.