The Media's Run Out of Gas A Week Before the Election

There's nothing left to say, but Democratic partisans are spinning out "resurgence" stories at a breakneck clip. 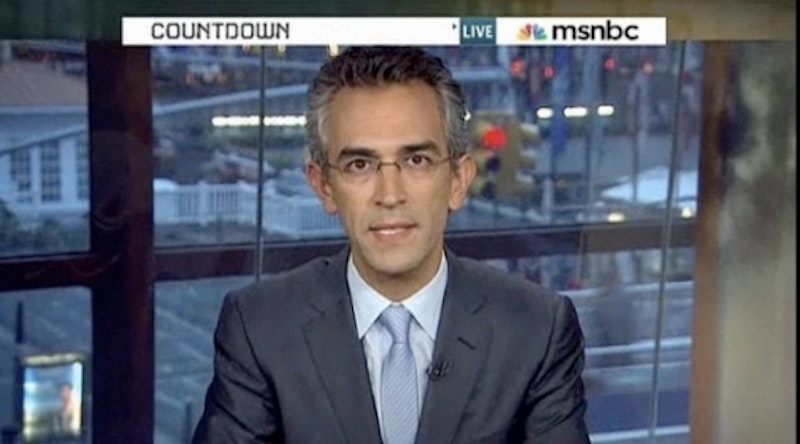 One day last week, at the height of the Juan Williams/NPR contretemps, I asked a colleague—an ultra-liberal but not obnoxious in the Media Matters/Andrew Sullivan/Eric Alterman mode—what his thoughts were on the abrupt firing and all the breathless commentary about it. His reply was stark and utterly accurate: “He got canned. End of story, except the media is playing it for all its worth because they’re afraid of making predictions about the elections and looking dumb. They’ll be back at it in 36 hours.”

It’s one week before what most consider will be a GOP rout at the polls and the media has run out of gas. There’s not much left to say and I suspect political journalists know that but yet they persist in saying nothing. At one time, I used to enjoy the attack ads preceding an election—mostly to see how creative a consulting firm could be, attempting to best the Holy Grail of all such ads, the LBJ/mushroom spot from 1964—but no more. Except for baseball games I watch little television, but the tube is on in different rooms in my house here in Maryland, and I’ve seen more of Sen. Barbara Mikulski (a shoo-in for reelection who doesn’t need to advertise; perhaps it’s her minor contribution to the anemic bottom lines of local stations) than when she was a City Councilwoman years ago and I regularly interviewed her. It’s also a reminder of how former Gov. Bob Ehrlich, in a rematch with the woeful incumbent Martin O’Malley (a third-tier Bill Clinton type), has frittered away a unique opportunity to oust a Democrat in this very blue state. Ehrlich’s campaign has been so inept, so reticent to attack O’Malley, that the latter is running out the clock and airing anodyne advertisements about how, as “a father of four,” he’s concerned about Maryland’s youth. Yeesh.

Although you could click on any political website at random and find endless examples of vacuous opinions, I found Richard Wolffe’s “Obama’s Last-Ditch Strategy” for the Daily Beast to be particularly void of content. Wolffe, who covered the Obama campaign for Newsweek (my son’s high school history teacher, a smart Boomer with proper “progressive” credentials, was asked to edit the flailing weekly, but turned it down), offers nothing but rote talking points making the Democrats’ case that Nov. 2 won’t be a nightmare. You know the drill: the Tea Party message is turning off independents; Joe Sestak is surging in Pennsylvania; California is safe for Sen. Barbara Boxer; and voters now fully appreciated Obama’s tough guy treatment of BP and Wall Street villains, while the Republicans are pocketing untold millions of dubious political contributions from not only the Koch Bros.—how dare they give money to the candidates of their choice!—but greedy Big Oil interests from every corner of the globe.

Wolffe doesn’t mention any of the names of the men/women he’s quoting—there are hardly “off the record” scoops—instead referring to “a senior Obama aide,” four times in the short dispatch. It’s probably the same person, but as nothing was revealed it doesn’t really matter. Just Wolffe filling his allotment of stories for editor Tina Brown and picking up a paycheck; and next week he’ll ruminate, probably quoting another anonymous White House insider about the meaning of it all.

One of the more desperate pre-mortems on the midterms that you hear from Democrats is that a GOP House takeover will actually be positive for their party and Obama. Voters will turn on the “Just Say No” Republicans and become repulsed by the legions of alleged Tea Party bomb throwers who will come to Washington and foul the city with incivility, bad grammar and worse clothing. What isn’t mentioned, however, probably because it’s an inconvenient fact, is that in two years the Democrats will be defending 19 Senate seats compared to the GOP’s 10. Assuming the Republicans snatch, say, seven Senate seats next week, and also assuming they nominate a sensible, non-inflammatory candidate like Gov. Mitch Daniels or Sen. John Thune, it’s difficult to envision a Democratic “wave” election.

But, of course, I could be way off the mark. Perhaps the unemployment rate two years from now will sink below seven percent; the GOP will tap Sarah Palin or Rand Paul as their standard-bearer; and Obama really will, as one of the aides Wolffe quoted, pass historic immigration reform legislation. And maybe the Pittsburgh Pirates will win the 2011 World Series.