The Half-Lives of Media Alarmism

The radiation levels in Japan have been greatly exaggerated. 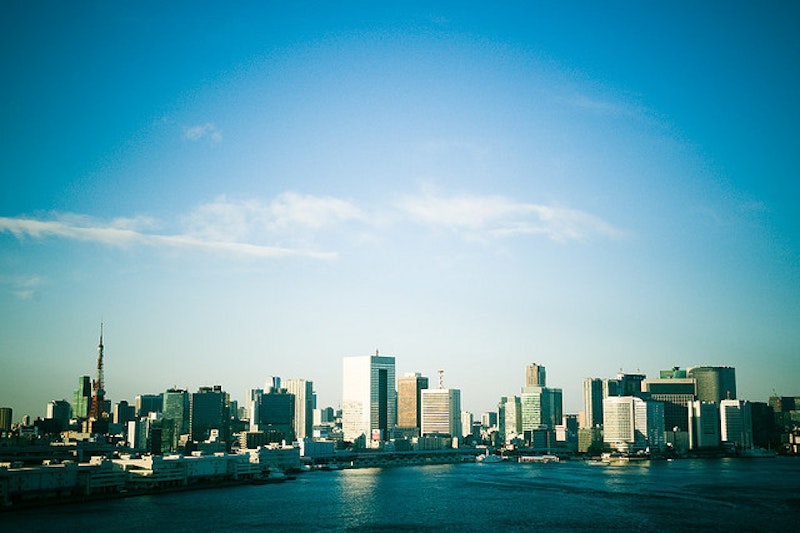 I've just discovered that I was exposed to radioactive potassium-40 this morning. I even ingested it, and now there is no way to stop it from incorporating itself into my smooth muscle tissue, where it where it will continue to work on my body for days to come. There is nothing to be done now but wait and see what effect this exposure will have on my health.

This dose of radiation came from eating a banana. Bananas contain high levels of potassium, which is necessary for muscle maintenance, although it does put off a negligible 0.0001 millisieverts of radioactivity. This is so far beneath the level that would negatively impact human health that it's hard to find a valid comparison. For example, a chest X-ray would expose you to about 0.05 millisieverts and a roundtrip flight from Tokyo to New York would get you 0.2, but a decrease in lymph corpuscles wouldn't begin until around 1000 millisieverts of exposure. (This xkcd-created radiation chart, while not 100% definitive, is pretty darn informative -- ed.)

I live in Tokyo, and a lot of the US coverage about the capital since the tsunami and subsequent problems at the Fukushima Daiichi nuclear power plant has been exhibiting a similar amount of sensationalism. Life here has been surprisingly normal, considering the circumstances. But, no doubt in an effort to sell ad space, the US media has tried to make it sound like the metropolis has been turned on its head and that residents fear for their lives.

This piece from CBS News is typical, scaremongering about radiation in Tokyo, food shortages, secretive government officials and TEPCO employees, and implying that the capital is emptying.

Here is the truth:

The atmospheric radiation level has been higher than normal at times in Tokyo, though still negligible and most of the time still below the world average for major cities of  0.0002 millisieverts. While elevated radiation has now been found in some produce and in the water supply, it is still well below levels that would cause concern.

There are a few products that have become hard to find in Tokyo, such as sliced bread, milk and eggs, but there is not a food shortage. The supply chain has been disrupted by recent events and there has been higher that normal demand as people stocked up, but my local grocery store still has full shelves and most restaurants are open for business. Yesterday, I had fish and chips and a pint of Guinness at an Irish pub in downtown Tokyo after buying cream puffs and bagels at a major department store. We are not starving.

As for the efforts of the Japanese government and TEPCO, I think it is an insult to the likes of Cabinet Secretary Yukio Edano, who stayed awake for four days straight, giving constant press conferences to keep people abreast of rapidly moving developments, and to the workers at Fukushima Daiichi, who have volunteered to stay and try and contain the reactor problems despite risks to their own health, to repeat unsubstantiated rumors about ulterior motives in the disaster response.

And while some people are leaving Tokyo, most are choosing to stay. Things were quieter than normal last week as many companies urged their employees to work from home as part of electricity conservation efforts and because of some disruptions to the commuter train lines, not because everyone had jetted off to safety. This week life is getting back to normal, with more people out, about and back to work.

Rather than the fearful portrayal in the news, Tokyo residents are responding to an uncertain situation with grace and calm. I have seen everyone from famous musicians and athletes to junior high school kids out collecting donations for the tsunami victims. I have seen companies and private homes voluntarily undertaking measures to conserve electricity and fuel in order to make sure there is enough to go around. And I have seen people looking for any way to help those truly in need in Tohoku, rather than looking out for themselves. The lack of selfishness and panic here has made me so proud of my adoptive country.

The media's alarmism and tendency to make Chernobyls out of bananas is what really scares me. It's a problem, not just because it leaves people constantly fielding panicked calls from friends and family overseas and gives rise to speculation and misinformation that could have negative consequences, but because it takes the focus away from the real tragedy. What matters now are the thousands of dead, injured and displaced in northern Japan and the heroic efforts of the rescue workers and staff at Fukushima Daiichi. To make news stories out of imagined disaster scenarios and overblown fears trivializes their situation.