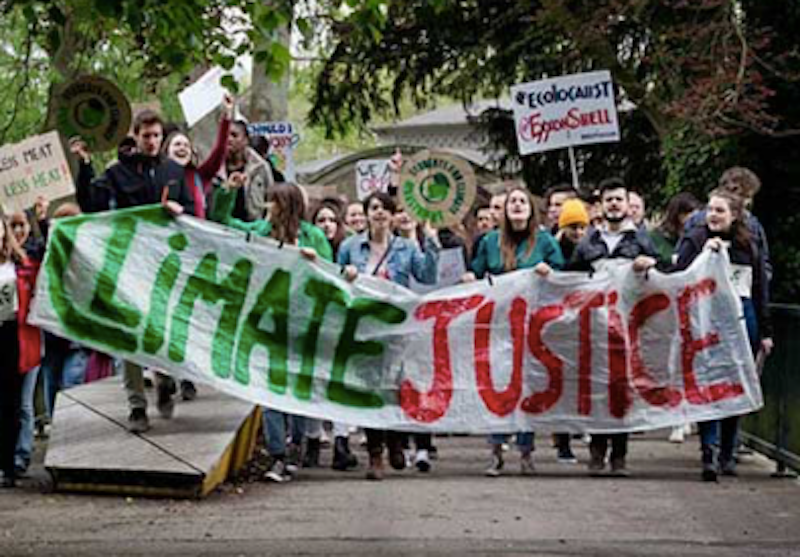 You just might be a terrorist organization if you seek to control people’s behavior through fear, whether your organization is ostensibly governmental, corporate, religious, or scientific. Rep. Katherine Clark, the incoming Democratic Party Whip, says, “I remember my middle child waking up with nightmares over concern around climate change.” We’re within our rights to suspect the blame there lies a bit closer to home than distant oil fields.

Likewise, when someone like the World Economic Forum’s Klaus Schwab praises China’s draconian Covid lockdown policies—even as unprecedented numbers of people courageously protest those measures in Shanghai—we can reasonably ask, without being dismissed as coo-coo conspiracy theorists, whether Schwab has a fetish for control that outweighs his calm, impartial, objective interest in pure science.

Worry, then, when the same man and the same sorts of organizations look eagerly to a future in which “climate lockdowns” will be as easily imposed as Covid lockdowns have been, ostensibly to reduce industry’s impact on nature. Worry even if you think the science supports lockdowns in either case, Covid or global warming. The long-term trend here may be in favor of control for its own sake, even if an authoritarian stopped clock is right twice a day.

Try not to jump for joy reflexively, likewise, when the United Nations announces that a big international “climate reparations” deal has been reached whereby industrialized nations will transfer trillions of dollars from their captive taxpayers to the eager governments of the still-industrializing world. No intellectually honest person can be confident those trillions will flow efficiently to the right hands, rectifying every past flood or storm, but we can be confident there will be middlemen from government, corporations, and well-connected NGOs on hand to decide just where the money does go.

Even the simplest of ostensibly pro-nature regulations seem to keep going awry. My parents recently learned the hard way, for instance, that if you live in a state left-liberal enough to outlaw pet stores (i.e., Connecticut), you end up not with thousands of shelter dogs being newly rescued but rather with the whole state only having, say, five Scotties available.

That’s just one tiny rule, disrupting one fairly non-essential market, but consider how much more havoc would be wrought if someone like brainwashed young green radical Greta Thunberg got her way and achieved her stated dream of the overthrow of the whole capitalist system. You’d be getting your inefficient, irrational marching orders from people like her 24/7, followed by fines and massive taxes, unless humanity starts showing some spine and telling these greens to shut the hell up.

And it’s not as if they’re ever truly principled (though that’s usually a blessing—better that they’re sloppy than that they’re perfectly thorough little fanatics). The Kyoto Protocols, for instance, imposed (or at least suggested) strict national-level restrictions on greenhouse gases (there mercifully being as yet no surefire way to impose laws around the whole globe simultaneously without hope of escape). Yet even that vaunted agreement exempted from the proposed rules vast categories such as international trade boats and planes—vehicles that are the source, as it happens, of much of the real elites' vast wealth.

As usual, smaller businesses—the ones who actually deserve some mercy in regulatory schemes—are crushed in favor of larger and less local ones, who still get to boast in P.R. campaigns that they’re Kyoto-compliant and green as heck.

Articles constantly urge people like me who’ve moved among libertarians and conservatives to keep an eye out for people showing danger signs of “radicalization,” but the scariest and most Thanos-like political pronouncements tend to come from fully respectable, academically credentialed, award-receiving green pals, like the environmentalist (and New York Times columnist) I knew who sounded sympathetic to the cause of “voluntary human extinction,” or the evolutionary psychologist who sounded more comfortable with the idea of people eating developmentally disabled human babies than with the idea of cattle ranching, or the very nice and science-trained biotech industry guy who thinks we should stop using carbon by decade’s end, presumably somehow without striking the largest blow against technological civilization and human activity ever delivered.

Meanwhile, among the world’s real controllers, the Biden administration rushes to oust David Malpass from leadership of the World Bank despite (Trump-appointed) Malpass’ assurances that he’s not a climate change denier, since he sounds a bit too sympathetic to such ideas for the current administration’s tastes. Revealingly, one’s views on climate change (and no doubt on all that lucrative global redistribution of wealth I mentioned earlier) are apparently now the primary prerequisites for heading an ostensibly financial institution. Climate is now the overarching excuse for controlling global development and lending, and the economies of nations. That’s sleazy and disturbing.

Meanwhile, back in the trenches, younger and by no means smarter greens increasingly do things like throw soup at Van Gogh’s painting “Sunflowers” and lob mashed potatoes at a Monet painting in Germany to protest oil—attracting far more attention than, say, a leading climate scientist who said recently that carbon dioxide has almost no effect on global temperatures, if anyone still cares about the underlying rationale for half of the radical and authoritarian behavior under discussion here. If the elite are so eager to engage in sleight of hand that makes financial influence look like ecological expertise (carrying with it the right to wield ecological stewardship), the elite should note that one of their own, banking titan Jamie Dimon, says “climate folks” have made “climate worse.”

But in a world where almost the entire political spectrum cheers at talk of eliminating the debt ceiling so that government can spend without limit or interruption, I don’t for a moment wish to suggest that putting the people who claim they can run the economy in charge of our lives would work out much better than putting the people who claim to understand climate in charge. No one is fit to rule or even regulate this world.