The midterms aren't going to tell us anything. 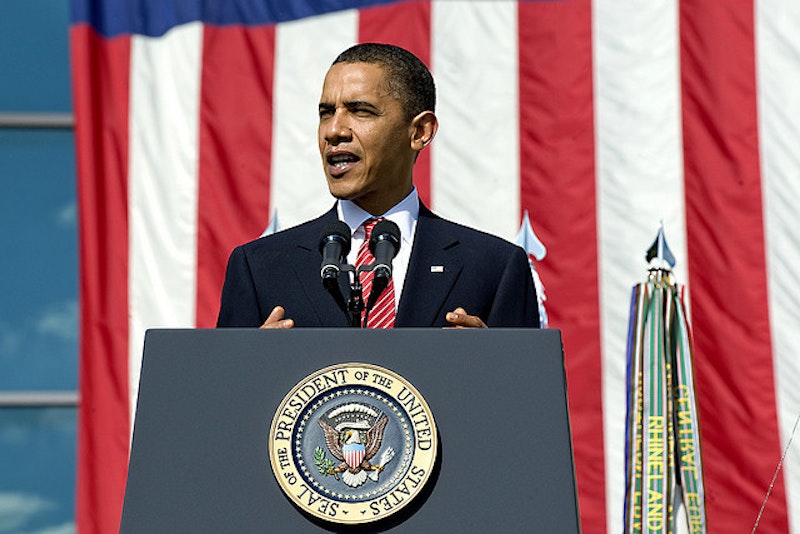 The upcoming midterms, come what may, aren’t going to answer much of anything.

Conservatives and liberals, one year from now, will likely not be any happier than they are today. For the former, burgeoned by the tea party movement and a sluggish economy, disappointment is a given—even if Republicans take both chambers of Congress. The Affordable Care Act will not be repealed by Congress (the courts are a different matter), and any prolonged attempts to do so will only ensure both a second term for President Obama and, perhaps, a return to a Democrat-controlled Congress (having the president on the ticket will help, but there will be significantly more Democrats up for reelection than Republicans). The deficit and the national debt will be attacked with kid gloves, at best, since no one the Right is willing to consider cuts to defense spending and entitlements (you can’t balance the budget by eliminating the National Endowment for the Arts or the Department of Education).

For liberals, Obama has not proven himself to be a leader of a movement. The New Yorker’s George Packer wrote:

F.D.R. had the labor movement; L.B.J. had the civil-rights movement. Obama had Obama for America. His campaign was based on the man more than any set of ideas or clear vision of the future. Everyone knew what Reaganism stood for. No one knows what Obamaism means, which has allowed his enemies to fill in the blank.

The stimulus package contained a slew of liberal blessings that, if parceled out over the length of Obama’s first term in office, might afford him some long-term credibility. But that piece of legislation is fast receding in the rear-view mirror.

So, come what may, both parties and their constituents are going to be disappointed to some degree. Without going down the misleading “we’re more polarized, politically, than we ever have been” road, it’s safe to say that the of-the-moment political polarization is enough to cause serious gridlock—legislative, political, discursive—during a time when we need anything but.

Republicans still struggle to put together anything resembling a coherent strategy for the country. Wave elections on the backs of tea party rallies get you in the door, but they don’t presuppose intellectual and political honesty.

For the President and liberals in general, one or two Republican-controlled chambers of congress could very well aid them in explaining to the public just what it is they’ve accomplished: a modest but, nonetheless, historic health care bill; a stabilized, if not robust, economy; the nomination of two women, one of whom is Hispanic, to the Supreme Court; and the Lily Ledbetter Pay Equity Act. That list isn’t as fat as many, including me, would have hoped for two years ago, but it’s not inconsiderable.

The President would benefit from a robust and serious opposition in control of at least one chamber of Congress, but so far all signs point to a bevy of Joe Wilson and Michelle Bachmann equivalents flooding the House, who will in tern either be whipped into the Republican rank and file or shuttered into irrelevance by dint of their pyrrhic politics.

All signs point to disappointment, frustration and another hard two years of never-ending politicking and campaigning. My tentative prediction is that, through this inevitable mess, the President will quietly lock up a second term the easy way—going up against Sarah Palin or a rough equivalent. As of now, the Republican Party is incapable of moving past blind ideological litmus tests for its candidates. You can see the simmering, spittle-flecked anger on television, on the radio, at the rallies and on the Internet. But once the levers of power are in their grasp, there is little evidence they will anything of substance.

Through all the static of polls and punditry in the run up to the midterms, two things have not changed: the public has a significantly higher opinion of the President (and, to a lesser extent, congressional Democrats) = than it does of Congressional Republicans. Two years of majority status aren’t going to change that.