The Circle Is Now Complete

No, not really. But there is something—not sure what, though—in the notion of a liberal-libertarian alliance. 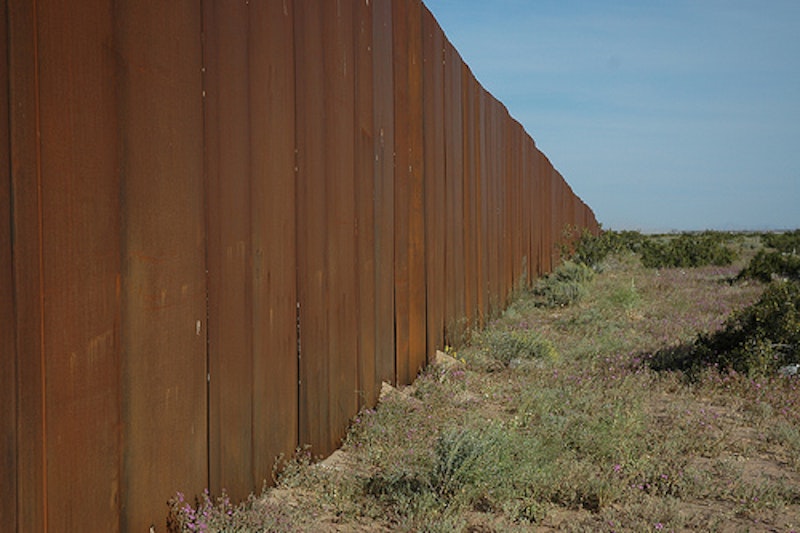 In a political discussion with my right-leaning boss last month—regarding something minor, maybe 3 Joe Lieberman—I ended up defending not so much Lieberman as the Democratic Party in general because it is, sort of, kind of, a coalition—at least, more of a coalition than we see with Republicans. The Right’s big tent is small enough to drown in a bathtub, nowadays. Perhaps the recent hype surrounding the recent British election* kept the term “coalition government” in the front of my mind.

Since then, I’ve been dwelling on this … interpretation of my chosen political establishment—namely, short-term, practical deal making versus the long-term, ideological approach to governing (forgive the rough binary). When Lieberman brought health care reform to yet another halt I snapped; but then health care reform passed with his crucial vote, and I rejoiced. It’s not a particularly revelatory fact that political coalitions, by their very nature, aren’t going to be everything to everyone—the key is be enough of something to most of the group most of the time, a floating matrix of interests aligning now and then to pass Important Legislation.

President Obama came to Congress with, I firmly believe, a real desire to bring Republicans to the table, to incorporate their ideas as the expression of their constituents. Good faith government, if you will. As was always likely, those aims failed (it didn’t help that Republicans were prepared to oppose en masse Obama’s agenda before it even came to the floor; the incoherent posturing on health care didn’t help either).

Some of the higher-browed and wonkier bylines in the political blogosphere enjoy, from time to time, battering around thoughts/hopes/dreams regarding potential “linking” of far-left liberal policy and far-right libertarian policy, the thought being that, with enough honest talk and debate, the liberals and libertarians end up overlapping on the political spectrum—at least, they overlap enough to form a (so the argument goes) durable political coalition.
An excellent summation of this debate can be found at the League of Ordinary Gentlemen, by way of Scott H. Payne:

By my lights, the seeming death of political coalitions is less a function of their impossibility as it is an overly simplistic view of how they might work. That is, such an understanding seems stuck in a theoretical cul de sac of impractical and unlikely friendship and an unfounded belief in coalitions drawn along the axes of single issues.

There are, more and more, fertile fields of convergence that, in themselves do not, perhaps, produce fully formed and durable political coalitions. These convergences do, however, offer us some novel and helpful ways of looking at our political interactions.

Take for example the interesting, though not often talked about convergence in regards to the place/importance of folk wisdom and tradition between more grounded conservatives and progressives. In terms of conservative representation, I’m thinking specifically of folks like the original “crunchy conservative” Rod Dreher and the whole Front Porch Republic crew with their respective localist flavours, focus on tradition, and more simple and sustainable ways of living. James Poulos and the postmodern conservatives with their philosophically dense political praxis and rejections of modernity on conservative grounds. And paleoconservative Daniel Larison who is an ardent and effective skewer of the myopic and intellectually bankrupt worldview of contemporary American movement conservatism.

Payne’s analysis is vaguely pan-cultural, optimistic and, in the butter churn of Political Thought That Might Mean Something, highly palatable (it’s a long post, but worth the journey).

Not quite a take-to-the-streets ideology, Payne’s vision of “liberaltarianism” (ugh) is based on free exchanges of ideas and policy and open acceptance of people who think differently than you do. We’re not that good at this—Repubs and Dems alike, though the sort of epistemic closure throttling the Right is all too real—but I don’t think it’s out of the range of possibility.

Take, for example, this heartening display of wonks of all stripes getting together and figuring some serious stuff out:

Few communities of Washington wonks run into greater structural and institutional obstacles than advocates of reduced defense spending. Defense companies put billions into PR campaigns for the necessity of this or that project that runs over cost. Legislators have every career incentive to lard the defense budget with job-creating bloat for their districts. The media treats civilian and military spending as two entirely different entities, with military spending emerging from a magical, never-ending fountain of cash. And then there’s the general jingoism that equates curbed defense spending with a deficit of patriotism.

But undeterred by all that is a coalition of liberal and conservative defense wonks from the Project on Defense Alternatives, the Center for American Progress, the Cato Institute, Taxpayers for Common Sense, the Center for Defense Information and more. Calling themselves the Sustainable Defense Task Force—thereby taking up the “sustainability” call for budget austerity from Defense Secretary Robert Gates and his undersecretary for policy (and likely successor), Michele Flournoy—they identify up to $960 billion in spending cuts over ten years. That’s in a new report they’re releasing this morning.

Serious cash, $960 billion is. That’s about two-thirds of our national debt—gone: “The cuts don’t come from war spending, but from the Pentagon’s ‘base budget’: everything that the department buys or maintains on a regular basis, as opposed to a contingency basis for wartime emergency.”

What stuck me most in this article is a line from the first paragraph: “The media treats civilian and military spending as two entirely different entities, with military spending emerging from a magical, never-ending fountain of cash.” Last year I was struck by the notion of taxing the public so as to pay for the war in Afghanistan. That idea was dead in the water, but it made clear the intractable and monolithic hold that military spending has on government and public scrutiny.

A quarter of the proposed cuts, some $240 billion, could do some heavy lifting for a jobs bill, shoring up Medicare, tax cuts and credits for businesses—take your pick. And yet this sort of fiscal responsibility remains on the bench.
I wrote a piece last month wherein I posited that Obama’s approach to civil liberties (tribunals, indefinite detention, etc.) is a kick-the-can-down-the-road move. I said a hypothetical president, one with Obama’s sense of purpose combined with, say, unimpeachable military service, would be able to bring the necessary reforms to our wretchedly opaque and immoral practices. Perhaps that’s kicking the can down the road on my part (my argument could easily be read as just apologizing for Obama, no?), and when thinking about all those think tanks coming together to find nearly $1 trillion worth of cuts in military spending—well, it has caused me to rethink just how military reform is possible, that maybe thinking about that reform through the executive branch is the wrong way to go about it.