The Boom and Bust of ACORN

The new politics is simply the old politics plugged into computers. 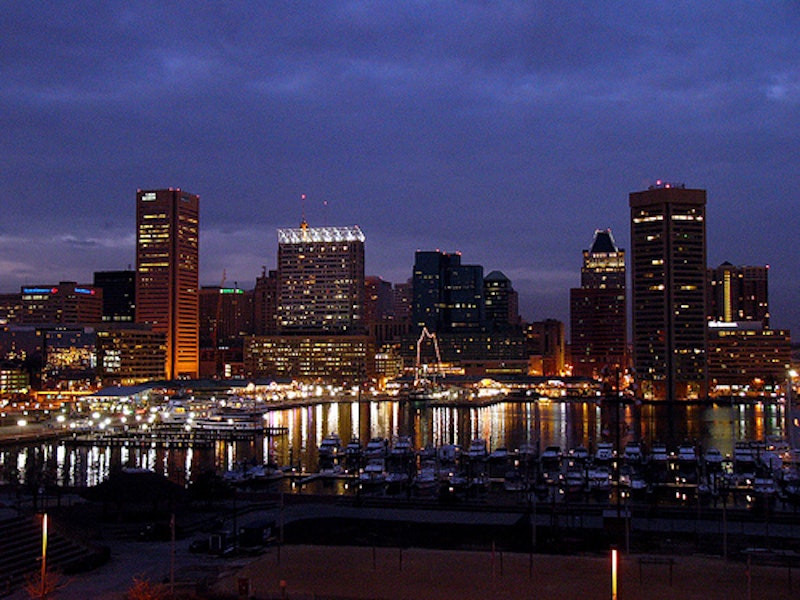 Earlier this decade in Baltimore, there was a sudden, inexplicable surge in new voter registrations, unprecedented for a city where low voter turnouts are more the norm than the exception.

My call to the redoubtable Barbara Jackson, then head of the city election board and now retired, brought an even more surprising explanation: the newly franchised voters were all young blacks. What? Young first-time voters in Baltimore? Maybe for Barack Obama in 2008, but not back in the days when Martin O’Malley (D) was running for mayor.

Jackson was befuddled. She had no impromptu explanation except that the accelerated pre-election activity was unusual and the registrations were heavy to the point of suspicious. But nobody bothered to investigate let alone challenge.

Another day, another call, and further pursuit of the story and more questioning of Jackson finally began to peel away the mystery of the suddenly swollen electorate. Jackson revealed that the unusual burst of new voter registrations, she had learned, was the handiwork of the organization ACORN (Association of Community Organizers for Reform Now), a loose confederation of labor, religious and community associations with chapters in major cities across the nation. ACORN is much more prominent these days than it was then, and not because of its community organizing or housing activities.

ACORN, as the long-range plot unfolded, had a plan that would have been envied in a Medici palace let alone Baltimore’s stupefied City Hall. ACORN was also the fine calculating hand behind the move to shrink the size of the City Council from 19 to 15 members and rearrange the squiggles on the Council’s district boundary map. The downsizing was approved by the voters on referendum in the widely promoted belief that fewer Council members would reduce the cost of government and, by implication, reduce taxes. Guess again.

But the plan didn’t end there. A review of the ballot that year showed that ACORN had also sponsored candidates either from its own ranks or its roster of allies for every City Council seat in what would be the newly redrawn councilmanic boundaries. ACORN had not only assembled its own ballot but had recruited the pool of new voters to elect its candidates. Even the best of Machiavellian schemes often get tangled in their own cunning. Every ACORN candidate lost. Nonetheless, it was a grandiose plan that would have delighted those old blues flyers, political bosses Jack Pollack and Irv Kovens, back in the bad old days of Baltimore’s machine politics.

A glance back over the shoulder raises the question now over whether ACORN was engaged in the questionable voter registration shenanigans in Baltimore back then that it has been accused of fostering recently in different political domains across the country. We’ll really never know.

The new politics is simply the old politics plugged into computers. Organizing at the precinct level is about as basic as it gets: the concept of the extended family. There’s a big difference, however, between Pollack-Kovens and ACORN. Pollack-Kovens, and their imitators before and after, executed very much the same political designs with private funds, no matter how ill-gotten or unsanitized the money was. ACORN, by contrast, conducts its activities with government subsidies—$2.3 million last year, or about 10 percent of ACORN’s funds—that are funneled through housing programs and community grants.

Such cozy arrangements with the federal government are a hangover from the power-to-the-people days of the bodacious 1960s. In those days, the government funded community organizations that operated almost as parallel governments within a government. In fact, in many cases in Baltimore, community associations were more powerful than the terrified elected officials. They accumulated such strength—especially in South and East Baltimore—mainly as noisemakers and squeaky wheels, that they challenged government decisions and even elected officials at the expense of taxpayers who were funding both.

The best example in Maryland is, of course, Sen. Barbara Mikulski (D), the thunderclap East Baltimore social worker who led the fight to block the proposed cross-town expressway from uprooting her Fells Point neighborhood. Mikulski challenged the political machine and won a seat on the City Council in 1971.

And let’s not forget that President Barack Obama won his precinct chevrons as a community organizer in the rough-and-tumble wards of broad-shouldered Chicago.

So now ACORN is very much in the spotlight, not so much to its credit as to its discredit. If ACORN is guilty of anything it’s probably stupidity. What touched off the firestorm were videos of ACORN staff members offering advice to a woman and a man posing as a prostitute and her pimp. The ACORN workers appear to be encouraging violations of the law and the misuse of public funds for illegal activities. There were other occasions when ACORN members appeared to be reaching beyond their basic function of community organizing and into questionable activities. The initial videotaping, incidentally, occurred in Baltimore at ACORN’s local headquarters on E. 28th St.

And, of course, there’s the allegation of an eight-year cover-up by Wade Rathke, ACORN’s founder, of embezzlement by his brother.

Several members of Congress moved quickly to condemn ACORN and to cut off its federal funding. Conservative activists and right-wing talk show hosts have been battering ACORN as an activist extension of the Democratic party. But Attorney General Eric Holder ruled that ACRON was entitled to the federal funds that were approved and budgeted for it. As if to underline the point, a federal judge has ruled that cutting off ACORN’s federal funds is unconstitutional because the organization serves the public interest.

And just last week, a two-month internal investigation concluded that there was no criminal wrongdoing on the part of ACORN staff members who offered advice on falsifying documents and how to hide assets, according to the Associated Press.

The investigation was conducted by former Massachusetts Attorney General Scott Harshbarger. His report was critical of ACORN’s weak management, lack of training and oversight and lax ethics. The Harshbarger report recommended that ACORN should get back to its roots, which is community organizing.

The suspicious voter registration activity in Baltimore, of course, was material for a political column and should not go unnoticed. At the time of ACORN’s Baltimore election-year antics nearly a decade ago, my byline was appearing on the op-ed page of The Sun. The column that was written was killed as fast as it was submitted. The op-ed page editor at the time scolded: “You can’t write a column criticizing ACORN.” Funny how what goes around comes around.