The U.S. is in a demoralizing rut today, but in all likelihood this malaise will give way to a re-invented and vibrant society less than a decade from now. 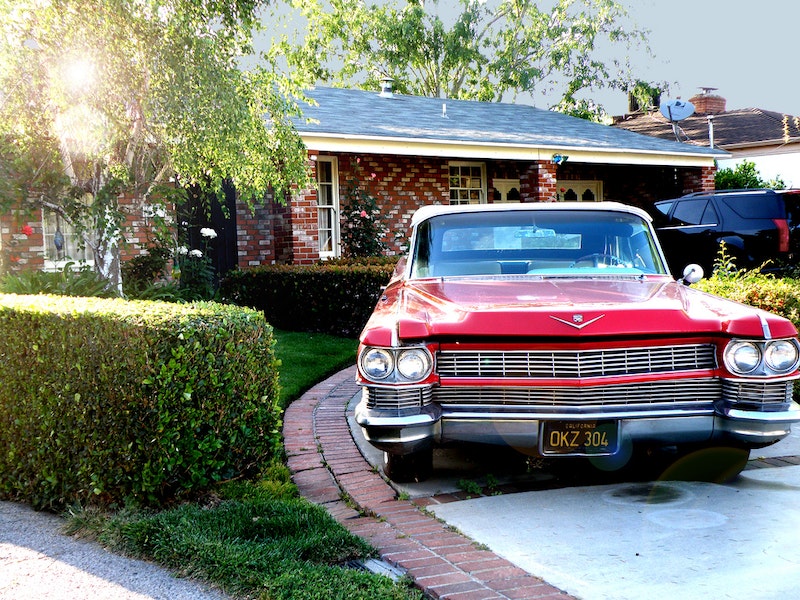 The slapdash stenography of today’s media industry—whether it’s mainstream, the blogosphere, social networks or electronic—has precluded all but a smattering of thoughtful commentary. There are exceptions in the magazine trade, long essays in publications like Harper’s, The New Criterion, The New Yorker and The Weekly Standard, but as for daily journalism the product is far more disposable than even a decade ago. That’s one reason I did a double-take upon reading Peggy Noonan’s most recent column in The Wall Street Journal, an essay headlined “America Is at Risk of Boiling Over” that was not only precisely of the moment but the rare piece of writing that begs to be saved and re-read five and 10 years from now.

I’m not in entire agreement with Noonan’s sweeping assessment of the country’s current doldrums, but as a state-of-the-union message it was far more compelling than any presidential address I can remember in recent times, stretching back to Ronald Reagan. It’s Noonan’s belief that The American Dream, a hope (or myth in some quarters) that’s been ingrained in our culture for two centuries, is in tatters, and perhaps irrevocably broken. She points to the financial crash of 2008 as the logical flashpoint for this conclusion, but says it’s been building for at least 20 years. She writes: “The biggest political change in my lifetime is that Americans no longer assume that their children will have it better than they did. This is a huge break with the past, with assumptions and traditions that shaped us.”

When Noonan was young, she says (and we’re roughly in the same Boomer age bracket), the United States was a country “in which everyone thought—wherever they were from, whatever their circumstances—that their children would have better lives than they did.” I think that’s true for White America—and certainly was an idea that my own parents and those of childhood friends believed in—but this entirely ignores the black (or, in the polite parlance of the time, “colored”) population of 50 years ago. I doubt that in 1960, the Ozzie & Harriet time Noonan refers to, that many black parents figured their kids would have a better lot in life. In succeeding decades, of course, far more black families did realize the American Dream, so much so that today it’s not considered at all extraordinary, if thought about at all.

It’s a bit odd that 9/11, which was central to much of this early century’s ennui and diverse rage isn’t mentioned by Noonan even in passing, even if it ultimately was dwarfed by the most significant economic downturn since the Great Depression. I mention this only because the media was fixated on the aftermath of 9/11—stratospheric spending for the two wars, constant debate on the merits of invading Iraq—all of which drained away attention from the housing boom that propelled the economy during Bush’s first five or six years. There were occasional op-ed articles warning about a coming bust, and some even mentioned credit default swaps and “free lunch” mortgage deals, but even those were mostly academic throwaways.

And I’m still unsure what Noonan is getting at by the provocative suggestion that America is at risk of “boiling over.” Does that mean rioting in the streets? Mass strikes (or sick-ins) at industrial plants or fire and police stations? It’s possible that if the ugly nativism in the Southwest (and spreading to other, non-border states) continues unabated that isolated violence might occur, but “boiling over” conjures up images of class warfare that’s literal and not just editorial and political rhetoric.

Nonetheless, Noonan does speak for aging and successful Americans who were rocked by the financial implosion two years ago, an economic catastrophe that baffled and petrified men and women who’d weathered any number of recessions (including the entirety of the 1970s) but were helpless as events beyond their control turned the entire economy into a very bad stretch at a casino, where no rules applied.

Yet even as most private sector leaders recalibrated and forged new strategies in 2009, the political and “thinking class” lagged far behind, and have offered no realistic plans to fix an antiquated and worn-down system. Virtually all of the country’s politicians, regardless of party, look at the world through an electoral prism and refuse to focus on what’s hammering not just the Rust Belt or “battleground states,” but the entire nation. It doesn’t take a soothsayer to describe what’s broken in America: a failing education system, the healthcare conundrum (at least half the country knows that Obama’s health legislation was a flimsy band-aid that’s also utterly confusing), rampant government spending and the gross neglect, stretching back decades, to address comprehensive immigration reform.

Noonan’s on the mark with this conclusion: “When the adults of a great nation feel long-term pessimism, it only makes matters worse when those in authority take actions that reveal their detachment from the concerns—even from the essential nature—of their fellow citizens. And it makes those citizens feel powerless.”

Still, compelling as Noonan’s argument is, I’m not quite so gloomy. Just as my own parents worked hard and instinctively believed that their five sons would rise above their barely middle class station, I have faith that my own teenaged children will, in their adulthood, forge their own successful paths in life. Yes, current conditions in the U.S. are far worse now than 25 years ago, but only a congenital pessimist would claim that smart young people (regardless of the cynics who claim America’s youth have been “dumbed down” by technology) won’t find their own answers. Intelligence isn’t a trait that vanishes from generation to generation. I fully expect that the near future holds the promise of private industry sectors not imagined today; that the next group of leaders in finance, the arts, science and technology will carve out a new version of America, and the innovation and excitement, particularly after a prolonged period of economic and social unease, will be invigorating and momentous. That’s consistent with the history of the United States, a series of peaks and valleys that gives way to re-invention.

It’s not my intention to get all gooey “Morning in America” here, for what Noonan describes—a weary and downtrodden populace governed by clueless at best, corrupt at worst, elected officials—is very real. I simply don’t believe this condition is as permanent as what she describes. This may be a “lost decade,” but during that time not everyone will be wringing their hands or just going through the motions. A new political class is bound to emerge, and its leaders, from both the Democratic and Republican parties, will synthesize the most basic tenets of what’s loosely called the Tea Party (financial responsibility and government accountability) and an answer to the immigration morass. America in the coming decades will be less white, which is simply an evolutionary reality—today’s Hispanics and Pakistanis are yesterday’s Eastern Europeans, Irish and Italians—and, at least from my perspective, something to cheer about. It’s my contention that perhaps as soon as 2020, a leader with Bobby Jindal’s mindset and Barack Obama’s rhetorical skills will unify the country and its citizens will prosper and exhibit, once again, the basic civility that has, more often than not, bolstered the American Dream.