Tempests in the Teapot

Sarah Palin, the infamous Julius Henson—what is going on in Maryland's gubernatorial race? 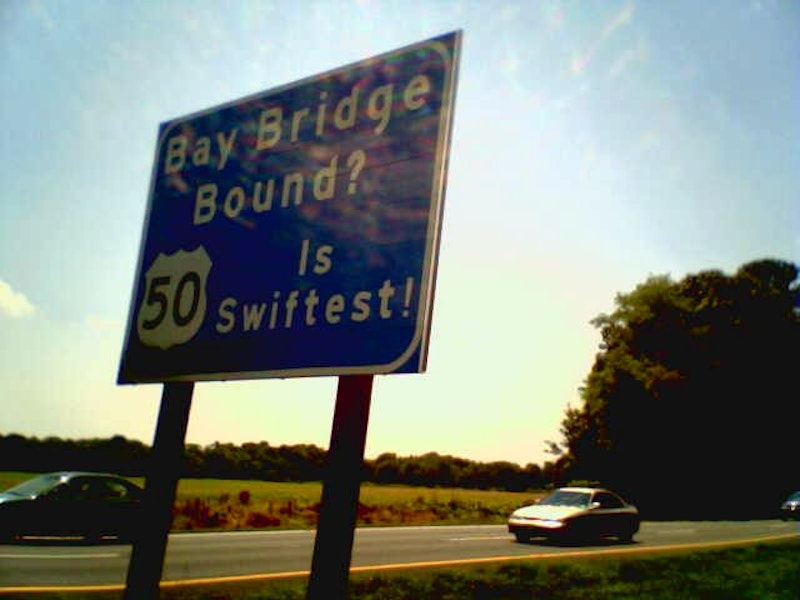 Maybe Sarah Palin can see Maryland from her front porch the same way she views Russia across the Bering Strait. Or, maybe that was really actress Tina Fey mimicking Palin who endorsed Brian Murphy for governor and not Sarah herself. Whatever. Palin, like the princess and the pea, made herself felt in Maryland if ever so briefly and slightly. As for Murphy, the Republican candidate for governor, his campaign peaked the day Facebook transmitted Palin’s imprimatur. But, in Murphy’s circumstance, better to have the endorsement than not.

The net effect of Palin’s endorsement of Murphy is—huh? Why Maryland? Why Murphy? Hear Palin tell it: Murphy is “a pro-life, pro-Second Amendment common-sense conservative and a firm believer in the free market and the cause for energy independence [...] Brian has the private sector experience that is so lacking in government today. He knows how to incentivize industry to get our economy moving again.”

Murphy has presented himself as a conservative pro-business candidate who’ll cut taxes as well as government spending, which is Republican orthodoxy and the Tea Party battle cry. Among his financial interests is a bakery on Smith Island that turns out the multi-layered official state cake that is now Maryland’s very own angioplasty emblem for the symbol-minded.

Palin has endorsed about three-dozen candidates across the country, according to a running count in The Washington Post, and so far has had mixed success. As the reigning diva of the GOP’s right flank, Palin is attempting to mobilize the loose confederation of Tea Party cells into a national political force. Palin cares more about the purity of the conservative cause than winning or losing elections. But Maryland is the wrong place to test-drive such an effort; the Tea Party has had little traction and even less attention in the heavily Democratic state.

The Tea Party itself may be a one-election phenomenon and is likely to dissipate after November in much the same fashion as the Ross Perot movement evanesced into fog after his run for president in 1992. Third parties have had little success in American politics. The Tea Party is actually the right fringe of the Republican party and has had only marginal results at the polls so far. And in states such as Nevada and Tennessee, where its chosen candidates once led, they have fallen behind Democrats who were once viewed as vulnerable.

Robert L. Ehrlich, the GOP’s principal and high-visibility candidate, has dismissed Palin’s endorsement of Murphy as meaningless and says he never sought or wanted it in the first place. But there is one aspect to the endorsement that could affect Ehrlich’s campaign. If Palin’s intrusion encourages national conservative groups to begin funneling money into Maryland’s GOP contest, such as it is, Ehrlich could be forced to spend more of his campaign treasure in the primary instead of reserving his funds for the general election against Gov. Martin O’Malley.

In fact, a recent decision of Ehrlich’s is likely to cause more of a stir in Maryland political circles than Palin’s endorsement of Murphy. Ehrlich has hired Julius Henson as one of his campaign consultants. In 2002, Henson described Ehrlich as a Nazi after an attempt to sell his precinct services to Ehrlich for a high five-figure amount of money.

“Bobby Ehrich is a Nazi. His record is horrible, atrocious [...] He should be running in Germany in 1942, not Maryland in 2002,” Henson said at the time. That recollection may not be accepted well among Jewish voters, who gave Ehrlich 56 percent of their vote in 2002. Henson is a disruptive figure in politics, often using thuggish tactics to distract opponents and their supporters such as he did against O’Malley when he ran for mayor of Baltimore. And his effectiveness working for a Republican candidate in the black community is questionable.

Henson’s role in Ehrlich’s campaign will no doubt include the assignment of attempting to suppress the black vote which is overwhelmingly Democratic. Ehrlich’s own former speechwriter, Richard J. Cross III, wrote in an op-ed piece in The Sun last week that the Republican party has a program of “election integrity monitoring.” This usually translates to attempts to intimidate minority voters with unsubstantiated challenges and falsified literature. Any efforts by Henson or the Ehrlich campaign to tamp down the black vote could produce a backlash against the GOP candidate. In 2006, for example, the Ehrlich campaign bussed homeless people from Philadelphia to Prince George’s County where they distributed totally fictitious and misleading literature. The effort backfired.

Despite Palin and Henson, the Republican establishment is lined up solidly behind Ehrlich in the primary and general election, hoping to capitalize on the angry voter discontent with incumbents. It is in the general that Ehrlich must peel off a sizeable number of Democrats and Independents if he is to make a respectable showing against O’Malley. Most recent polls show them in a dead-even match-up.

It’s axiomatic in politics that any candidate who’s going to have a tough general election had better have a tough primary. Lacking that urgency in either party, O’Malley is probably going to invent one for the Democratic primary. Organization has always been O’Malley’s strong point both as a candidate for mayor and governor. His strategy likely will be to put on a show of strength in the primary by turning out voters and driving up the numbers in key area such as Baltimore and Montgomery Counties and Baltimore City. In Baltimore City and Prince George’s County, O’Malley has drawn as high as 90 percent of the black vote. The trick for Democrats is to organize and get out the vote in the primary election and to keep it juiced for the short six-week run-up to the November general.

And part of that show of strength has been his campaign’s willingness to spend heavily on television advertising leading up to the primary, in equal measures to reinforce the incumbency with positive messages and to show his future opponent that he has money and isn’t afraid to spend it.

Ehrlich has been content to lay back and rely instead on free media such as Facebook and various Internet postings which reach a narrower, targeted audience as opposed to the broad reach of television. Select audiences may engage his base but they fail to extend to independents and swing voters.