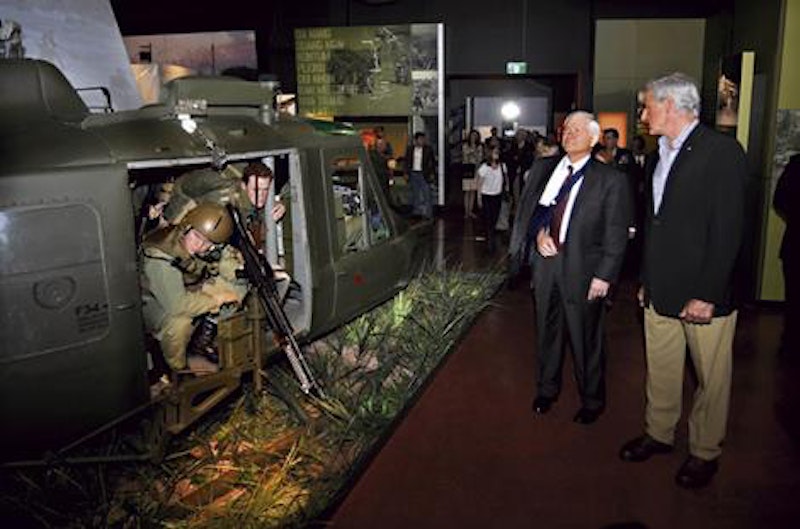 A couple of months ago I went on at length as to why President Obama’s success on the domestic front isn’t going to be matched on the foreign policy side:

Obama has not put a lot of daylight between himself and his predecessor in terms of bringing more transparency and accountability to the executive branch’s military and intelligence capabilities. The country’s immoral and malevolently hypocritical use of torture remains largely unaccounted for; Miranda is in question each time a would-be or dumb-ass terrorist is captured; drone strikes in Pakistan and Afghanistan kill civilians with frightening, if slightly decreasing, regularity.

Recently, Obama’s press secretary Robert Gibbs went off the deep-end of the pool of beltway hysteria, screaming at the “professional left”:

During an interview with The Hill in his West Wing office, White House press secretary Robert Gibbs blasted liberal naysayers, whom he said would never regard anything the president did as good enough.

I hear these people saying he’s like George Bush. Those people ought to be drug tested,” Gibbs said. “I mean, it’s crazy.”

The press secretary dismissed the “professional left” in terms very similar to those used by their opponents on the ideological right, saying, “They will be satisfied when we have Canadian healthcare and we’ve eliminated the Pentagon. That’s not reality.”

Funny you should mention the Pentagon, Mr. Gibbs.

I still stand behind my earlier article; that is, Obama is making moves on the domestic front that are crucial to the long-term stability of the economy; he is handling himself with composure while surrounded by a hostile political climate. Health care, the stimulus package, education reform, the Lily Ledbetter Act—these are things of which I need to remind myself when the President does, in fact, continue many of the same policies as the Bush Administration. The status quo—regarding counter-intelligence, detention, torture—is one of opacity and misdirection and the gray areas of the law. It’s a legacy that will take decades from which to extract ourselves.

But the President has something of a long-game trump card that could very well prove to be a subtle foundation of his legacy. In a couple of words: Robert Gates.

WASHINGTON, Aug. 9, 2010 – Defense Secretary Robert M. Gates is putting meat on the bones of his initiative to reform the way the Pentagon does business and to eliminate duplicative, unnecessary overhead costs.

During a Pentagon news conference today, Gates said the steps he is taking will help the U.S. military fight the wars it faces now, and help ready the force for the wars it may face in the future. With these moves, the secretary said, he wants to instill a culture of saving in the department.

Money saved with these efficiencies will go back into funding needed military capabilities. “To be clear, the task before us is not to reduce the department’s top-line budget,” Gates said. “Rather, it is to significantly reduce its excess overhead costs and apply the savings to force structure and modernization.”

Now, the President and Gates are quite clear that they’re not reducing the military’s budget (which, on another level, is symptomatic of a political culture that simply can’t bring itself to reduce military funds as part of a broader effort to reign in deficit spending and the national debt). But implementing a serious campaign to reduce overhead costs and to funnel those savings into our real-time military operations is, without a doubt, a crucial first step.

The military-industrial complex, mid-wifed in part by the Great Society, is as intractable a drag on American stability as is the cost of health care and higher education. It’s an institution, one as desperately in need of reform as the other two examples I just mentioned.

Obama is successfully bringing home troops stationed in Iraq; he’s ramped up our military presence in Afghanistan by 30,000 troops, a “surge” for a war we have no real way of “winning” in a manner acceptable to American expectations. But his ace in the hole just might be Secretary Gates and the slow shift in the paradigm of cart-blanche military funding.