Harvard University has recently instituted special gym hours for Muslim women. Is it fair? From The Daily of UW. 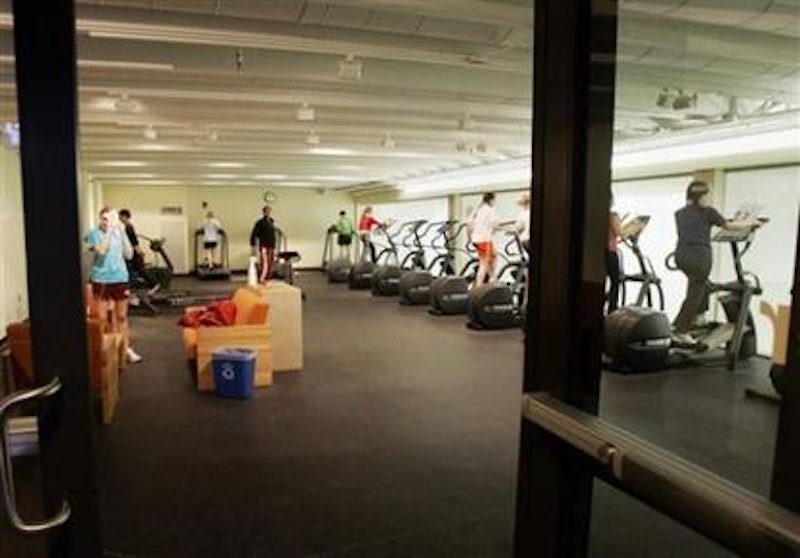 Harvard University has a new policy in place that teeters on the brink of discrimination and constitutional violation. This policy has drawn considerable flack from Harvard students and off–campus critics: The University instituted a policy that denied men the use of one of its gyms for six hours a week to accommodate Muslim women.

According to an MSNBC article by Bob Considine, “Since Feb. 4, the Quadrangle Recreational Athletic Center at the Ivy League school has been open only to women from 8-10 a.m. Tuesdays and Thursdays and 3-5 p.m. on Mondays — allowing Muslim women, who typically cover their hair and most of their skin to follow religious and cultural code, to dress more suitably for exercising.”

Clearly, this rule has been instituted to provide female Muslim students the opportunity to both work out and honor their religious and cultural practices. Undoubtedly, it was not designed to deny male Harvard students their right to use athletic facilities. However, it did just that. Harvard has decided to start on the proverbial slippery slope by instituting this policy.

On the surface, the idea simply has to do with the allocation of gym time to a certain group of students. On a deeper level, however, this situation illustrates a possible violation of freedom of religion.

The First Amendment of the Constitution protects American citizens from the imposition of religion just as much as it allows Americans to practice whatever religion they choose. It’s both freedom of and freedom from religion.

In essence, Harvard has instituted the policy to respect the religious practices of a particular group of students. In doing so, it has managed to alienate the rest of the student body. It has imposed rules based on a single group of students’ religious practices onto the rest of the campus. Interpreted in this manner, the Harvard policy would be in violation of the First Amendment. This policy is backward rather than forward-thinking.

According to the article, Hussein Ibish, the executive director of the Foundation for Arab-American Leadership, said complaints that the policy is unfair are unfounded.

“It’s about expanding the range of choices,” Ibish told Today co-host Matt Lauer Monday. “Women, for all kinds of reasons, don’t want to exercise in front of men. This modesty business sometimes comes from religion, sometimes from culture. … They just don’t want to be ogled by men when they’re working out.”

Everyone should feel comfortable while working out. It’s sad but true that, we live in a society where appearance and image are everything. Most people achieve their own interpretations of perfection through working out.

While there are some individuals who treat the gym like a proverbial meat market, most people use the gym to improve their appearance and maintain their health.

Ibish is a bit extreme to suggest that the use of a college gym, which all students at Harvard undoubtedly pay for, should be allocated soley based on religious and cultural practices; most gym-goers engage in “ogling,” innocent or otherwise. All individuals should be able to use a university-funded gym for whatever reason they choose.

Also, Michael Smerconish, a talk show host and author of Muzzled: From T-Ball to Terrorism – True Stories That Should Be Fiction, argued that the policy depicts “political correctness run amok again at Harvard,” according to the article.

“Six individuals out of 6,000 complain … and Harvard’s response is to institute a discriminatory practice where now half are closed out of the gym,” Smerconish said. “What does that veil say about the rest of us? It says our eyes cannot be trusted because we’ll leer at those women. Let them work out like everybody else.”

In the interest of political correctness and out of respect for the freedom of religion, there is no question that this policy should be abandoned.