We're having difficulties deciding which puns to headline today's content. Here's the fourth installment from Splice's Associate Editor, Zach Kaufmann, as he makes his way through the South. 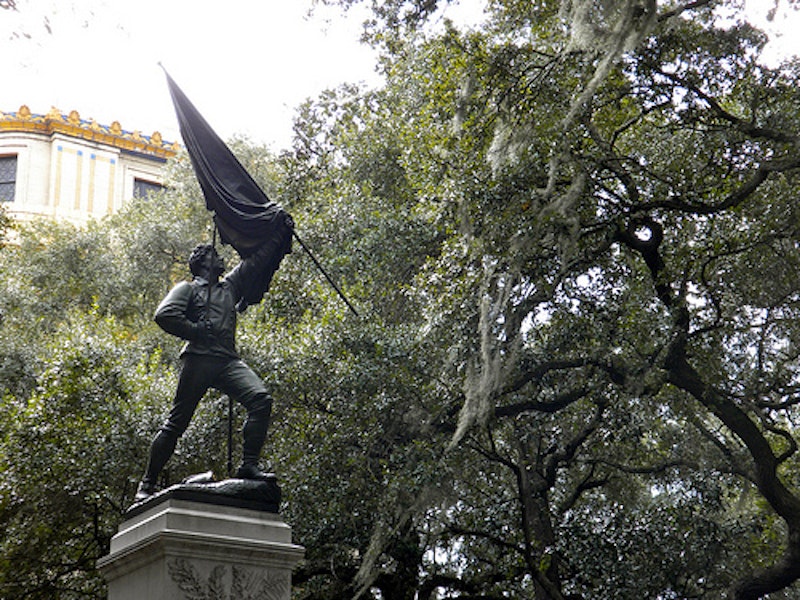 Family dynasties tend to dominate U.S. politics generally but they're especially prominent in South Carolina: the state that re-elected Strom Thurmond to Senate more times that I can count and where Carroll Campbell Jr. served, first as Congressman and later as Governor, for years and years—he was, as David Wilkins once said, the "master architect" of South Carolina's Republican party, responsible for many a Republican win in his state during the Republican Revolution of the 90s. Campbell's son, Mike, has twice made bids for Lt. Governor, just barely losing to Andrea Bauer in 2006. Now, Thurmond's son Paul, a charismatic young Charleston City Council member, has made a bid to replace out-going Rep. Harry Brown in SC's 1st district (his campaign slogan running along Tea Party-favored lines: "We need real change, not empty promises.").

In many ways, Paul is little more than a political opportunist: quick to use his father's legacy—"You have to be someone who is accountable to the people ... That's what I believe my father did, and that's what I believe I do"—while aligning himself with fashionable Conservative extremism. A quick look at his official website's issues page has all the expected right wing talking points: Less regulation, lower taxes, less Federal spending, outlaw abortion, deport illegal immigrants who steal American jobs, stop Obama's attempts to wreck the best health care system in the world, so on and so forth (in short, liberals are destroying our great country). It could just as easily be a transcript from the Glenn Beck show.

Meanwhile, concerns about two of Paul's top advisors, J. Warren Tompkins and Rod Shealy, Sr., point to his RINO hypocrisy. Tompkins is best known for selling-out to the highest bidding special interest groups, while Shealy is a shrewd political manipulator who has built a reputation for convenient re-branding and smear campaigns; dirty, underhanded politics at its finest.

After a report yesterday by The Post and Courier, it looks as though Paul will take endorsements from just about anyone. As Mount Pleasant Town Councilman Ken Glasson also announced his run for the 1st district, controversial Charleston school board member Arthur Ravenel (the man who referred to the NAACP as the "National Association for Retarded People"—he's not too good with anagrams—and who called Superintendent Nancy McGinley a bitch before threatening her job) announced his support for Paul. So for now the question: just how low will the younger Thurmond stoop to secure his own political legacy?