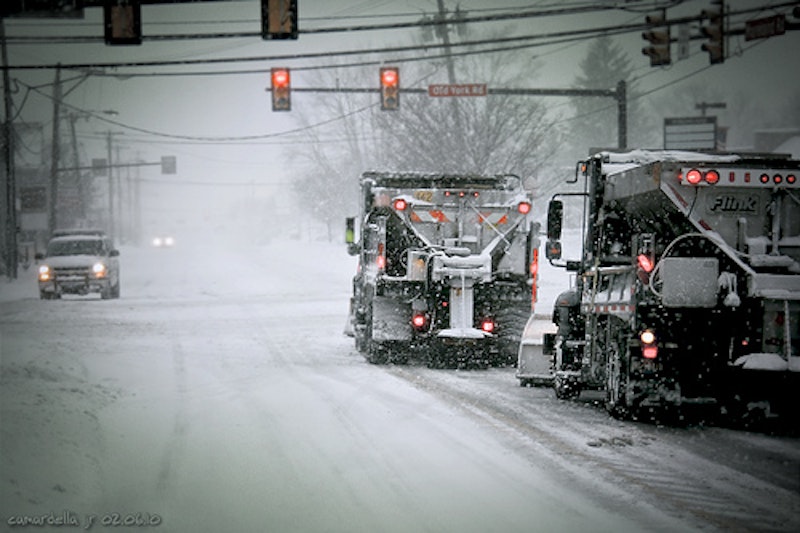 If Gov. Martin O’Malley (D) had a political problem, the snow fixed it. Ditto Mayor Stephanie Rawlings-Blake (D). For O’Malley, the case was personal, and for Rawlings-Blake the rap was personality, arrogance and aloofness toddling hand and hand to the storm centers and news rooms across the region.

O’Malley was everyman, everywhere, in jeans and Timberland work boots with the sleeves of his fleece jacket rolled up as if he were digging in, or digging out, just like the rest of us. Snow is a great leveler. It humbles all of us, immobilizes us, affluent as well as the most powerless. It is wholly communal, a we’re-all-in-this-together moment when a 42-inch TV screen is a window on the outside world and O’Malley’s lifeline to the constituents who’ll judge his performance. “Ideology separates us,” the playwright Ionesco observed. “Dreams and anguish bring us together.”

And Rawlings-Blake, only few days in office, turned out to be a piece of work. The impeccably coifed and well-shod mayor appeared to have undergone an attitude adjustment as well as a wardrobe modification. She, too, traded her couture threads for jeans and a baseball cap, a transformation that belies the fact that not too long ago she publicly scolded a constituent for not addressing her as “Madam President” when she held that title as head of the City Council.

The everyman model was, of course, William Donald Schaefer, who lived by the line, “There, but for the grace of God, go I.” Within a day or two after he took office as governor in 1987, Maryland experienced a massive snowfall. Schaefer didn’t sit in his office and brood, as he often did, among his hand-crafted candles and African violets. He put on his boots, cap and coat, went out and walked the streets of Annapolis while the TV cameras captured every snowflake that alighted on him. What Schaefer and the pictures were saying was, hey, I’m in this just like you are and we’ll get through it together. O’Malley and Rawlings-Blake reprised the moment.

In politics, as in life, instant reaction creates instant involvement. Translation: Any elected official who wants to score points had better get involved immediately. And as if to underline the point, most snowstorm commentary noted the slow response time of Mayors Michael A. Bilandic of Chicago and John V. Lindsay of New York, who, decades ago, suffered politically for failing to dig their cities out of blizzards like the one that recently buried Baltimore and Maryland.

During the worst of the storm and the grueling dig-out, O’Malley was an around-the-clock presence on television, directing snowplows and salt trucks, delivering precision updates roadway by roadway and counseling Marylanders to stay off the roads. He wisely warned his constituents that they were in for a long siege, that the big one had finally arrived and the state would not be dug out any time soon. So, too, was Rawlings-Blake giving motherly advice about the dangers of venturing outdoors or warning motorists against trying to pass a slow-paced snowplow or salt truck. They even ordered in extra equipment from as far away as Canada and Kentucky. And, as luck would have it, there was a fresh boatload of salt at Baltimore’s harbor waiting to be unloaded if only the trucks could get to it. Nobody yet knows the cost of all of this, nor has the total loss to Maryland’s economy been determined.

The political benefits to O’Malley and Rawlings-Blake can be calculated immediately without having to wait for the next round of polls. People are talking, and the talk is mostly positive. The record snowfall seemed to humanize both the governor and the mayor. O’Malley’s smart-alecky manner gave way on television to a paterfamilias concern for his brood of five and a half million. He appeared genuine and sincere in his admonitions about public safety. And sincerity is a tough thing to fake on television. And Rawlings-Blake, known as reserved and cerebral, appeared as mother in-chief of her city of 630,000, shedding her reserve and scaling herself down to meet the demands of the urgent occasion. Both the governor and the mayor, to their credit, used their TV time to generously praise the men and women who mobilized and operated the equipment for the record dig-out.

There was, of course, the usual kvetching about side-streets not being plowed, but the main roads and highways were passable within a couple of days. And there’s this little-known footnote to the blizzard: Many city residents complain that Baltimore County roads are clear long before the city’s network of streets and by-ways. What they fail to realize, though, is that about 90 percent of the roads in Baltimore County, say, are state highways and are maintained and plowed by the state. The city is responsible for clearing all of its own roads, streets and alleys. A decision was made in the late 1800s to separate the city from Baltimore County, so Baltimore is one of only two major cities in the nation that is not part of a county. The other is St. Louis.

An unintended consequence of the blizzard of 2010 is that the whiteout gave Baltimore bragging rights, too. Crime rates were down dramatically for a couple of weeks because criminals, like the rest of us, were snowed in. “Wherever snow falls there is usually civil freedom,” observed Ralph Waldo Emerson. So, too, were fatal accidents at record lows, mainly because roadways were impassable.

All of this resonates with the voters and has to be included in the mix of ingredients that are being evaluated by anyone who is considering a challenge to either the governor or the mayor. Put another way, they got us out of a big mess in hurry-up time.

Former Gov. Robert L. Ehrlich Jr. (R), in his mental caprioles over whether to seek a re-match with O’Malley, has often said recently that his internal polling shows that O’Malley has high negatives. But the flaw in that reasoning is this: Until an incumbent governor has an opponent he is the negative. There’s no basis for a comparison without an opponent.

Snow is neither liberal nor conservative, populist or progressive, teabagger nor sandbagger. Snow is beautiful, cruel, inanimate. Snow is snow. It presents opportunities as well as disasters. And its political victims, as history illustrates, are those who have failed to deal with the immobilizing mess that it creates. The costs for clearing the way for activities such as food shopping and getting to work are staggering. The most recent clearing will be measured in the tens of millions, and still counting. Nonetheless, O’Malley and Rawlings-Blake made the best of the opportunity that was inadvertently handed to them. In an era when public officials too often are needlessly blamed for anything and everything, O’Malley and Rawlings-Blake deserve credit for digging us out.