Today’s ramped-up, around-the-clock political journalists could use a break to clear their heads. 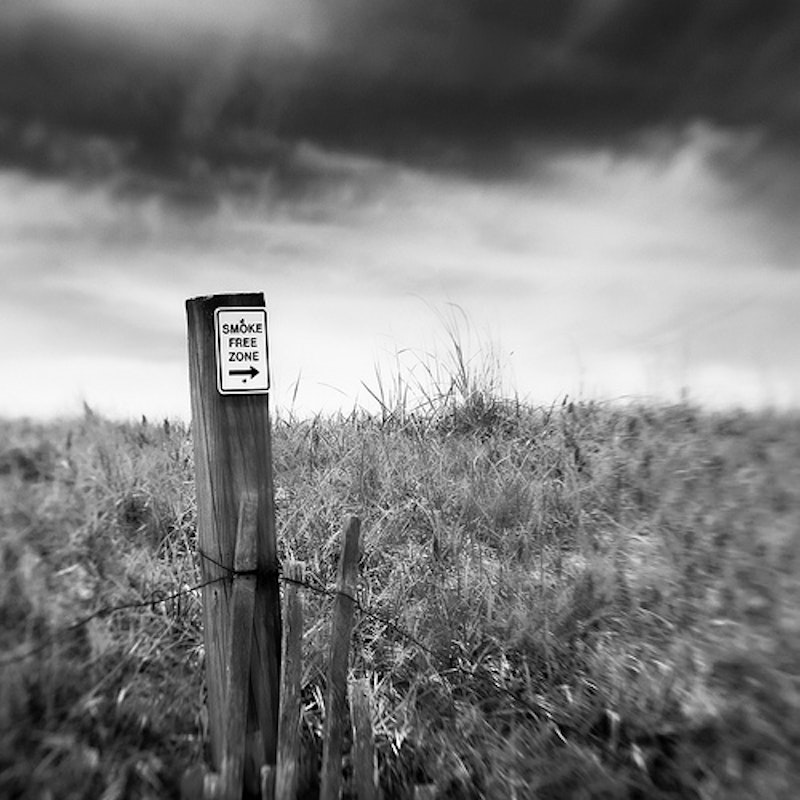 The ridiculously sappy song “Imagine” ping-ponged through my head this past weekend—it was on the loop at a nearby Dunkin’ Donuts—one more reminder that pop music genius John Lennon, largely immune from criticism because of his tragic murder in 1980 at the age of 40, produced his share of duds. The lyric that really rankled me when the song—typically, in a shallow pop culture, now considered his “anthem”—released in ’71, was, “Imagine no possessions / I wonder if you can,” as if the multimillionaire former Beatle ever considered cleansing himself of wealth and material comforts. At least Lennon was likely under the influence of this or that narcotic when he composed this trash, and so that’s a mitigating factor, but what excuse do the likes of Lou Dobbs and Paul Krugman have when they speak or write on behalf of the “ordinary citizen”?

Dobbs, until last year the vile host of a CNN program that centered on his supposedly populist views, most virulently expressed in his opposition to free trade and immigrants, was reportedly given an $8 million severance package, which bolstered his already magnificently large portfolio. Krugman, the Nobel Prize-winning economist who teaches at Princeton and whose contentious twice-weekly New York Times column has catapulted him into the pantheon of left-wing luminaries, is another savior of the “little guy” who gets screwed by corporations and has no access to decent health care.

Krugman’s entitled to his opinions, of course, and the adulation of millions, but I find his insistence on “leveling the playing field” a bit odd considering that he, too, is a wealthy man who can’t possibly empathize with those Americans hardest hit by this prolonged recession. A long and gooey profile of Krugman in the March 1 New Yorker mentions the three homes the professor and his wife own in Manhattan, Princeton and St. Croix (“nothing fancy but right on the beach,” writer Larissa MacFarquar points out) as well as the very upscale, if not ostentatious, lifestyle the couple enjoys. It seems to me that Krugman’s on the wrong end of the “inequality gap” he often writes about, but perhaps like John Lennon he too, can “imagine no possessions.”

Nonetheless, everyone’s allowed a glimpse of Utopia and this is what I imagine: a two-week moratorium on all political punditry in print, the web and television on the same ground-to-dust subjects of polarization, President Obama’s fluctuating poll numbers, Tea Partiers, the likelihood of Democrats passing the healthcare bill by means of “reconciliation,” and premature analyses of the November midterm elections. This is truly a bipartisan malady; just like baseball writers who are marking time until the beginning of the 2010 season, filling their quota with usually meaningless and highly speculative dispatches, the political media just doesn’t know when to quit. Perhaps it’s a function of the current addiction for the “scoop” in the hurry-up world of communications, whether it’s legitimate news such as Sen. Evan Bayh announcing he won’t run for reelection, or, as is more often the case, inconsequential tidbits such as First Dog Bo pissing on an Oval Office rug.

Chuck Todd, NBC’s political go-to guy, recently told The New Yorker’s Ken Auletta, in between tweeting, blogging, appearing on television and posting on Facebook, “We’re all wire-service reporters now.” (Associated Press employees, happy to have a job, must’ve winced at that bit of condescension.) Auletta wrote that Todd “knows that the White House press corps, along with the rest of the media, is more superficial than it once was. It has lost the power to arbitrate what matters, as the speed of gathering news shapes its content.”

Two recent articles point out the monotony of opinion that’s produced by Beltway journalists. In the March 8 Weekly Standard, Fred Barnes—a longtime reporter who must be wistful about the state of his profession today—contributes a story about Obama, “He’s No FDR: Barack Obama’s shrinking presidency” that adds nothing to a reader’s understanding of what’s happening in Washington, probably because it’s an analysis that those interested in politics have read many times before. That’s not to say Barnes’ opinion is not thoughtful and cogent, at least depending on your point of view, but it’s just not necessary. Adding to the hundreds of other reports on Obama’s televised health care summit with Congress last week, Barnes writes: “Did Obama lower the presidency to the level of mere legislator? Perhaps. But I think Obama’s behavior at the summit answers a separate question, one that’s lingered since he was elected more than 15 months ago. Is Obama the new FDR? The answer is no.”

I don’t think it’s too risky to suggest that the Obama/FDR comparison has run its course.

Then there’s Newsweek’s Eleanor Clift—who, years ago, entertainingly tangled with Barnes on The McLaughlin Group—offering advice (sort of) to Republicans in the still unlikely event the party wins a majority in either or both branches of Congress. Echoing the well-trod claim that the GOP is the Party of No—I don’t entirely disagree, especially since not a single Republican has emerged as a national spokesman; I’m just tired of reading about obstructionism and the filibuster’s antiquity—Clift disingenuously writes that after Reagan’s landslide in 1980 Democrats took years to figure out how to reclaim middle class voters. She credits Stan Greenberg, one of Bill Clinton’s pollsters, for methodically studying the voting patterns and policy concerns of “Reagan Democrats,” as if was an orchestrated plan. Please. In 1988, Michael Dukakis was leading the first President Bush by 17 points that summer and Democrats anticipated the end of the Reagan era. It turned out, of course, that Dukakis ran an awful campaign and so he lost.

But Clift writes: “Republicans are skipping the soul-searching. They are so giddy with the prospect that they could be returned to power after only two short years of Obama that they have done nothing to prepare a narrative for legislating or governing.” Hey, if Democrats (who took back the Senate in 1986, despite Reagan) were able to win the presidency in ’84 or ’88 they’d have gladly sacrificed the soul-searching.

It’s all too much. I’ve often thought it would be a useful and creative exercise for newspaper and magazine writers to swap jobs with colleagues; let the White House reporter preview new films or cover “March Madness,” or send a sports columnist to fashion shows. I think Chuck Todd (not to mention nearly everyone at Politico, while we’re at it) needs a break from Twitter. Dare to imagine, editors! After a two-week break from political commentary of any kind (and I doubt Obama would mind), who knows what kind of fresh writing could emerge?