Students with the School for International Training (SIT) program in Cameroon were evacuated after violent riots in the central African nation three weeks ago. From The Trail. 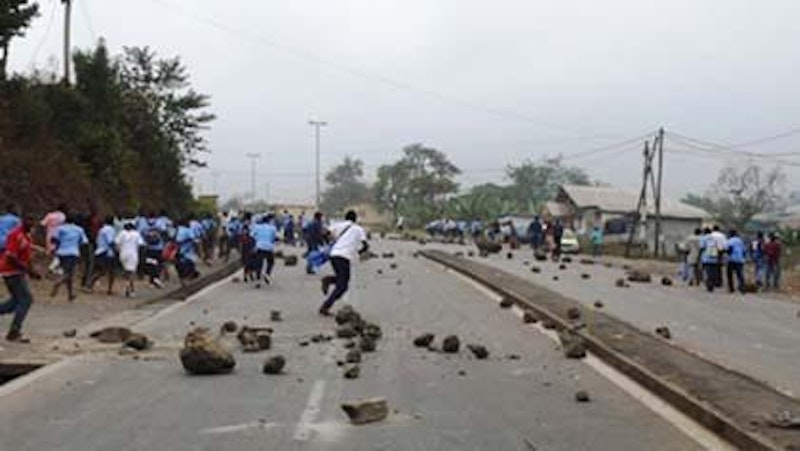 Students studying abroad in Cameroon were evacuated Mar. 2nd to Toulouse, France after anti-government riots broke out in capital streets.

On Feb 25th, the School for International Training (SIT) study abroad program was notified of public transport strikes in Cameroon. Two days later, an alert was issued because of anti-government riots in Yaoundé, the capital city. Rebels were protesting the high fuel and food prices, as well as Cameroon President Biya's proposal to prolong his 25-year term. A warden message was released by the U.S. embassy the following day warning American citizens to limit travel to the area due to violent demonstrations, barricading of city streets and brutal killings. On Feb. 29, a travel warning was finally issued, encouraging American citizens in Cameroon to leave the country as soon as possible.

Among those American citizens urged to leave were three of our very own UPS students. "It was on Fe, 27 that all the students were moved from their homestays to a hotel next to the police station," International programs Director Jannie Meisberger said.

Once the travel warning was released that Friday, SIT arranged flights for the students out of Cameroon. Although they were unable to move them to another African country, they were able to arrange relocation to Toulouse, France.

Students were given the option of continuing with the study abroad program in France or returning to the States. On Mar. 1, fourteen out of the fifteen students decided to continue with the program and left Cameroon the night of Mar. 2. They arrived in France the following evening. SIT arranged credits and classes before students arrived, so they did not have long to wait before they were thrown into the mix of things.

"I have class starting tomorrow, and I'll be meeting my new home stay family on Thursday," one of the students, UPS junior Kim Greene, said the Monday they arrived.

According to Meisberger, SIT not only arranged the flights and transition to the study abroad program in France, but they also covered all expenses, including hotel, evacuation flights, train rides, and even provided a small sum towards clothing for France's colder climate.

This however, has not been the first time students studying abroad have had to adjust their programs because of some medical or political issue. In the 2002-2003 program, PacificRim students were unable to go to China because of the SARS crisis and the questionable medical facilities there. As a result, they had to stay in Bangok, Thailand where questionable medical facilities were not a problem.

As Meisberger pointed out: "these things can happen anywhere. Nobody could have prepared the students for this." But despite such unpredictable sets of events, our study abroad programs proved capable of making the quick and decisive action necessary to keep our students safe, and for this we commend them.