Obama is a god on college campuses. That makes one Hillary supporter realize what young Republicans must feel like. From The Daily Princetonian. 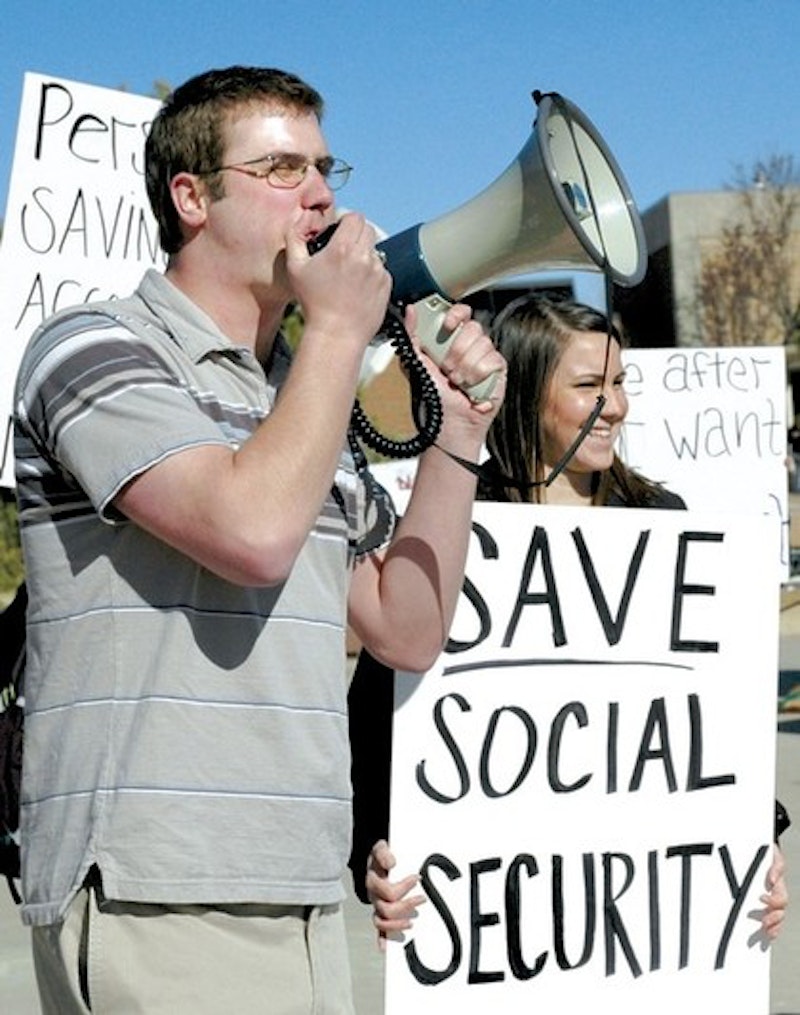 "Ouch! Sorry, Hillary!" my neighbor's message board declared sarcastically after Sen. Hillary Clinton (D-N.Y.)'s losses in Maryland and Virginia last month. On my way to classes, I am reminded again of the overwhelming support for Obama on this campus whenever I walk by a window-sized poster of Sen. Barack Obama (D-Ill.) in a 1937 Hall room. As an officer of the College Democrats, I am happy about the student enthusiasm for the 2008 presidential election. But as a Hillary supporter, I'm beginning to understand what it must be like to be a Republican on this campus.

Living on the east coast in places like Princeton, N.J., my entire life, I could usually safely assume that everyone around me was a Democrat; now, I see what it's like to be on the other side. This wasn't always the case. Though I couldn't vote in 2004, I remember having conversations about the elections. Heterogeneous groups of Wesley Clark supporters, John Kerry partisans and Howard Deaniacs conversed civilly, listening to each other's perspectives. Civility dominated the conversation between Obama supporters and Hillary supporters until January, when Clinton's inevitability began to falter. Even at Obama rallies, I could still find people interested in engaging in debate. The civility petered out after the Iowa caucuses. Once Clinton's inevitability died, her fans' voices were drowned out. Before Iowa, people asked each other, "Who do you support?" After Iowa, people asked each other, "Aren't you happy about Obama?"

Nowadays, the classic Obama supporter encounter occurs several times a day. I'm usually in a meeting or a precept and someone brings up the election. This prompts the preceptor or meeting coordinator to go on about how great Obama is. Sometimes, there's even a story to go along with it.  One person told me, "I was knocking on doors for Obama and people would come up to me and say of course they're voting for Obama. But you never know. Some people just don't get it." I hesitated before telling him that I supported Hillary. He was taken aback for a second. Then, he regrouped. Yes, apparently I'm one of those unenlightened individuals. A few days later, when I finally outed myself on facebook.com, a friend immediately wrote on my wall, incredulous. How could I seriously be a Clinton supporter and his friend at the same time?

I'm beginning to wonder whether  my reasons matter; after all, there's no need to voice them when the other side has you all figured out. Though I haven't lost any friendships over my political beliefs, I have been unable to openly discuss politics with a few of my closest politically active friends during the past few months.

But I realize I have been similarly dismissive when I talked politics with Republicans in the past. Sure, I let them "express their opinions," but I thought I had most Republicans figured out from the moment they let their conservatism be known. Now, I'm pegged in the same way when I tell people "Actually, I voted for Hillary."

Sometimes I think it's safer to simply keep my views to myself. When I was knocking on doors on Super Tuesday, asking people to vote, a student asked me where he could obtain some really great Obama gear. I just kept my mouth shut and told him to check out the Obama table at Frist Campus Center.

As you can imagine, the hostility I encounter encourages a bunker mentality. Why even voice my opinions in a rational way when I know that few will listen? I'm starting to understand why the conservatives on campus huddle together in organizations like College Republicans and The Tory. Before 2008, Frist election-watching parties were always a good way for the Democrats at Princeton to bond while the minority of Republicans sat in the corner. I have fond memories of Election Day 2006 when the TV lounge erupted in cheers each time a Democrat won a Republican's seat and booed when a Republican kept his seat. How the tables have turned. The past few Tuesdays, I found myself huddling in a corner with a few likeminded individuals.

Part of me looks forward to the day a Democrat - any Democrat - receives the nomination. But my stint on the outside has left me with a valuable perspective. Princeton is supposed to be a place that's open to discussion and the sharing of ideas. People in the political majority usually think Princeton is already open; people in the political minority know that there's not as much discussion as there should be. Now that it looks like the Democratic contest will continue until June based on the results of Tuesday's primaries, each student needs to decide for herself whether the next three months will be months of hostility or months of engaging debate.