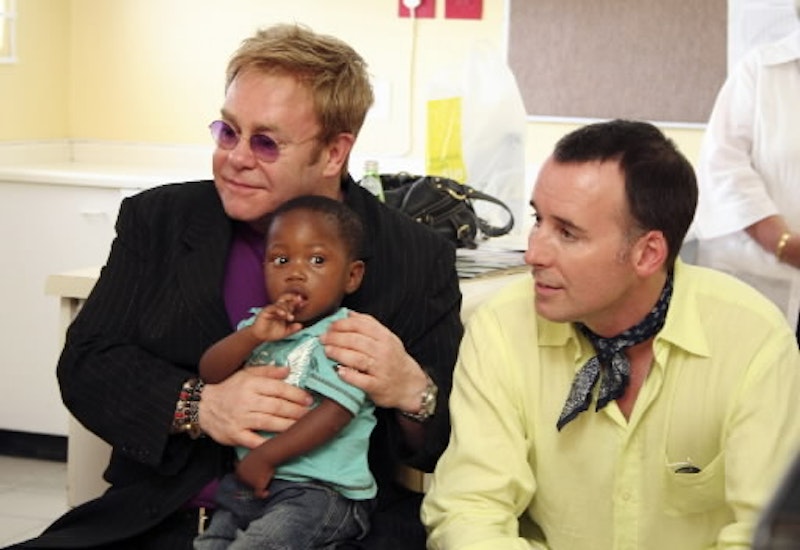 It's no secret that British columnists, despite onerous libel laws, are far more blunt and entertaining than their American counterparts. It matters little whether a man or woman in the U.K. writes for the liberal Guardian, say, or its opposite The Telegraph; no matter their political or cultural views there's little room for political correctness. I can't really think of any funny left-wing notables in the media here in the United States, with the exception of Alexander Cockburn, and aside from P.J. O'Rourke, Nick Gillespie, James Bowman and The Wall Street Journal's Holman Jenkins Jr., there are precious few guffaws emanating from the conservative/libertarian universe. Perhaps I haven't scoured the web or those print publications that still arrive in mail, so please advise me if I've slighted anyone who combines substance with wit.

Rod Liddle, who toiled for the pre-Blair/Gordon Brown Labour Party in the 1980s and is now pushing 50, currently writes weekly columns for the Spectator (where he also blogs frequently) and The Sunday Times. In Britain, he's best known for his stint as editor of BBC Radio 4's Today show, although he was shoved out of that position seven years ago after a Guardian column making fun of fox hunters was deemed by his superiors at BBC to impede his impartiality. In any case, that's in the past, and he now happily (at least one supposes) churns out 800 words many times a week about whatever might be on his mind.

Such as the flap over Elton John trying, without success, to adopt a 14-month-old Ukrainian boy named Lev with his partner David Furnish, with whom he exchanged vows in 2005 in one of Britain's first legalized same-sex civil unions. This isn't the sort of story I usually bother with and it took Liddle's Sept. 19 column in The Spectator to bring me up to speed. Liddle declines to state his position on gay couples adopting children (that's "for another time"), although the implication is that he's not crazy about the relatively new practice. I happen to believe it makes sense: as long as a couple is properly vetted by whomever's in charge of such transactions, and are deemed sufficiently able to care for a child, who gives a hoot about their sexuality? It's not as though the number of kids housed by the state is puny; in addition, one need only read, hear or witness the physical/mental abuse of youngsters raised in the "normal" way to understand that the ability to lovingly nurture and care for a child is hardly confined to heterosexuals.

Anyway, Liddle is rather exercised by what he calls the "sleb" craze of designer adoption, pointing to the obvious examples of Brad, Angelina and Madonna to make his point. He also thinks that Elton, at 63, is too damn old to whisk baby Lev off to whatever mansion he fancies at a certain time of year. That's a valid point: whether you're gay or straight, adopting at that age does smack of vanity, since it's likely the child won't have the parents around for very long.

Liddle writes: "Sir Elton and his missus, David Furnish, were touring a Ukrainian orphanage when they chanced upon little Lev. They fell in love and simply had to have him-come on, you know how it is. Sod off, said the Ukrainians, you're old and queer... You wonder if they [Elton, Madonna, and other "slebs"]  are engaged in a giant high-stakes game of Top Trumps: my two cut-price Vietnamese brats beats your Malawian piccaninny, but I raise you one with a little mite with HIV from Kiev, etc."

Whew. For the record, Liddle is paraphrasing the Ukrainian official, Yurly Pavlenko, who said that the onetime pop star is too old and his country doesn't recognize him as married. Pavlenko elaborated to the Associated Press, "The law is the same for everybody: for a president, for a minister, for Elton John."

And so Liddle, who really has no left of center equivalent in the U.S. media, concluded: "Sir Elton has made his bed, a very comfortable bed, and he should lie in it. It is no use suddenly deciding at the age of 63 that he has missed out; children are time-consuming, they demand sacrifice, the stuff he was not prepared to give [earlier in his life]. There are plenty of other things he can have to keep himself cheerful, anyway. Not so long ago, he was seen trying a very expensive Tom Ford fragrance, 'orchid voile de fleur,' which had the subtle aroma—the critics said—of a man's crotch. I do not know which man's crotch: hopefully for Elton's sake, not mine."

My oh my. Can you even imagine the likes of E.J. Dionne, David Brooks, Fred Barnes or James Fallows (who'd no doubt blush reading the above) tackling this particular subject with such verve? Of course not, and that's just one of many reasons that British media is not only often erudite, but really fun to read.