Once and Forever an Apple Polisher

The New York Times’ David Brooks is an intelligent (and pompous) man and he isn’t shy about letting readers know it. 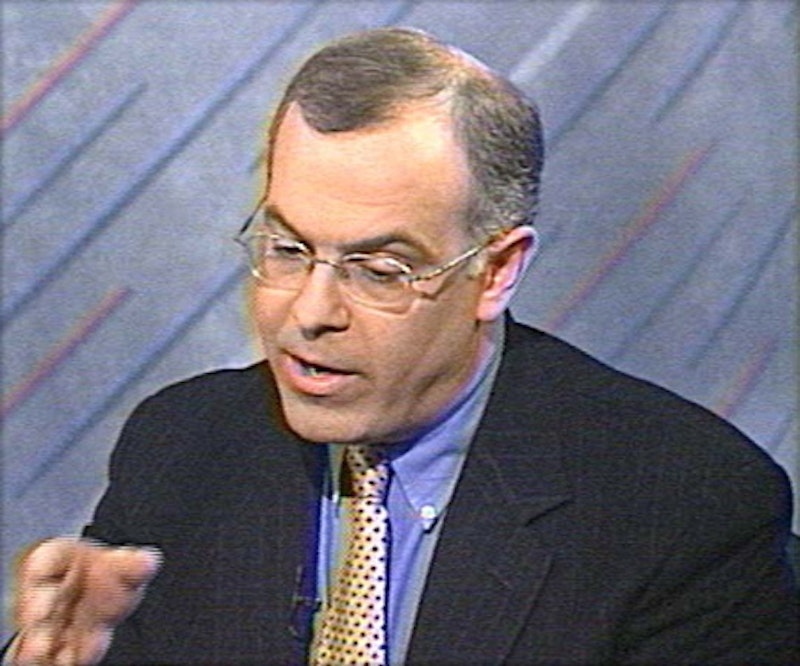 The Atlantic Wire has a running feature that appears every five days or so, in which they ask popular journalists about their reading habits and, as online time-killers go, this is a pretty great one. Not so long ago, of course, such lists appeared only at the year’s end and were highly anticipated; that tradition has been devalued and I trace it to the debut of Entertainment Weekly in 1990. (If you want to niggle on a niggling subject, I suppose a lot of the credit, such as it is, really goes to the monthly Spy, but that magazine’s lists were of higher intellectual caliber than EW’s.) So, what to make of the guys & gals who’ve participated so far in the Wire’s round-ups? The overwhelming impression, to this reader at any rate, is that these are people who took the assignment quite seriously and I swear that most of them have found an elixir that expands the day by six hours.

There are a few exceptions. Michael Lewis, for example, cracked wise when he counts the numbers of periodicals he subscribes to and says he gets Vanity Fair gratis because he writes for the magazine. And I liked this: “I don’t tweet, I don’t Twitter. I couldn’t even tell you how to read or where to find a Tweeter message … I have an email address and I’m thinking of shutting that down.”

Tucker Carlson, editor-in-chief of The Daily Caller, strains credulity with his reading schedule—he emails at red lights—and though he’s got four kids, looking at his entry makes me wonder if he alone could save the print industry. But the guy’s still got a sense of humor: “In my car on the way to work, I hate to admit it, I will listen to NPR. The commute’s only 9 minutes so it’s not too much NPR, but I do listen to it.” And: “The New Yorker’s politics are so stupid, like I-never-get-out-and-meet-anybody-outside-my-neighborhood stupid, but I still read it every week.”

Which brings me to David Brooks, another participant. One of my brothers, upon reading The New York Times, occasionally emails me with this admonition: “Look, I know you have a huge David Brooks problem, but his column today is right on the button. No sociology, no preening or Obama brown-nosing, just common sense.” And he’s usually correct, for when Brooks is on, and not writing specifically for the incestuous Georgetown/Upper West Side intelligentsia, there isn’t a better op-ed columnist filling space in the Times print and online operations—at least since William Safire passed away. Granted, take that for what it’s worth: when your fellow pundits are running jokes like Maureen Dowd and Gail Collins; the bitter Paul Krugman; Sir Thomas Friedman; the unbearably repetitious Bob Herbert; the mysteriously awful Charles Blow; and Frank Rich, aka Mr. Saturday Night, well, the bar is set pretty low.

(The jury’s still out on new Times columnist Ross Douthat, but I suspect that in short order he’ll be indoctrinated and become, in Tunku Varadarajan’s memorable putdown in The Daily Beast, “a baby version” of Brooks. So relish paragraphs like the following while you can: “With the exception of the sainted Margaret Thatcher, Britain’s Conservatives have acquired a reputation among their more populist American cousins for being aristocratic squishes: Part Bertie Wooster and part Arlen Specter." Think about that, David Cameron.

Nevertheless, I do have a David Brooks problem—not dissimilar to my inability to watch any movie that features Ben Stiller—and I guess it’s because he’s so monumentally pompous that even when his column is precise and informative, an antidote to Krugman, I still grit my teeth. (I’ve never met the man or interacted with him, so this criticism is based strictly on his published work; he could be he’s the nicest fellow in the universe, a model family man who feeds ducks, keeps the thermostat low and is quick with a fiver for the homeless he runs across).

Brooks begins the Wire’s survey innocently enough, saying that he starts the day with The New York Times, The Washington Post and The Wall Street Journal. No argument there, but then he devolves into insecurity and apple-polishing in the next two sentences: “Then I go online and look at the big aggregator sites. I look at Real Clear Politics, even though they hate me, and I look at The Atlantic Wire, which I probably check two or three times a day.” Real Clear Politics, which has become a behemoth website (and has replaced Matt Drudge as a platform to start the morning), does have a number of opinionated blogs—mostly right of center—but its popularity is due to the easy-to-access links to a day’s stories, regardless of point of view, as well as its comprehensive listing of the latest polls and videos from the cable talk shows. On the days Brooks’ column comes out, it’s invariably linked on RCP, so I’m not sure where the “hate” comes from. As for The Atlantic Wire, perhaps there’s a mutual logrolling context that explains Brooks’ excessive praise, but it strikes me as a little crass.

And then this: “I should say, when I got this job, Robert Novak gave me good advice: interview three politicians every day. I bet I average 20 a week. [Extra credit!] Quite often that gives you an idea of what’s not true. For instance, I’ll read a blogger and they’ll have a very plausible explanation about something but when you actually talk with people, you find out it’s not true.”  I have no quarrel with the notion that bloggers, whether it’s Andrew Sullivan, Mickey Kaus or Mark Levin, often shoot from the hip, but is Brooks saying that it’s politicians who set the record straight? It’d do him a world of good if instead of just making a pit stop at a Wal-Mart for a column about how “real” citizens live in the United States (translated: people not like him and his friends) he spent half the year in Kentucky instead of Washington.

Brooks is soft on Obama, still, which is his prerogative. But you get the sense that he gives the President the benefit of the doubt because … he believes they’re similar. Brooks and Obama, he says, are soulmates on their devotion to the writings of Edmund Burke. Last year, in a New Republic story, Brooks told Gabriel Sherman about his first meeting with then-Senator Obama, and the following quote isn’t for those with queasy stomachs. “I don’t want to sound like I’m bragging, but usually when I talk to senators, while they may know a policy area better than me, they generally don’t know political philosophy better than me. I got the sense that [Obama] knew both better than me.” Imagine that!

Brooks also says he reads The New York Post to find out about the Mets, the team he grew up rooting for; he possessed a small patch of turf from Shea Stadium, obtained when the Mets shocked the Baltimore Orioles in 1969; and he proposed to his wife in 1986 after the team’s 40th win. Can’t argue with that sort of devotion. Still, although he’s apparently returned to the fold, I remember a Times column Brooks write in 2005, “Whose Team Am I On?,” when he agonized over switching his allegiance to the new Washington Nationals. “Already I feel the tug, the love that dare not speak its name. I own several Nationals caps. Some friends and I have bought season tickets.”

Guttersnipe is too harsh a word for a guy who’d admit to changing a lifelong allegiance to a baseball team, but I think wimp is a good fit. A trifling anecdote to some, especially non-sports fans, but in certain quarters it indicates questionable character.