The idea that every young man or woman needs a college degree to earn a living has become outdated and counter-productive. 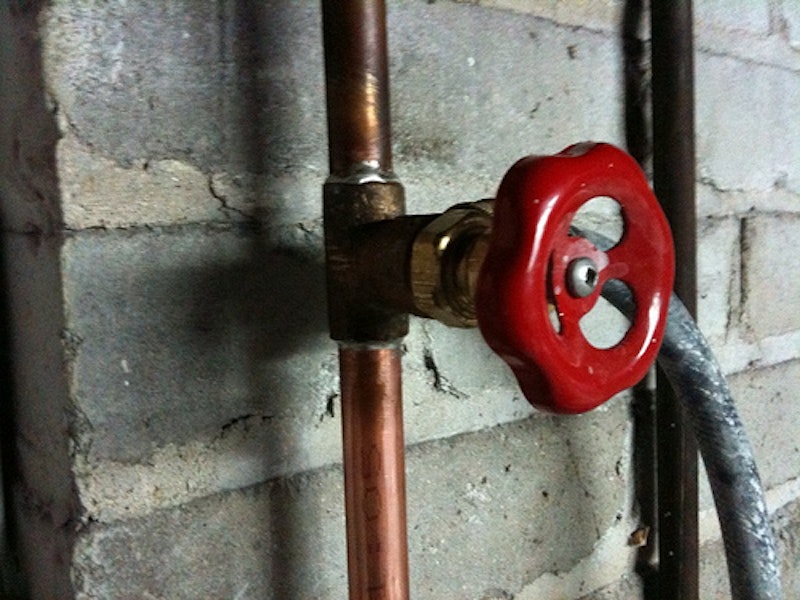 There was a time, back in the bad old days, when a college diploma was as American as money and a guaranteed passport to the good life. Today, it can be a trip to the unemployment line and a one-way bus ticket back home to live with mom and dad because there are no jobs available.

So every once in awhile President Barack Obama, himself a scholar of some distinction, says that America’s schools must prepare every child for college. Obama’s stimulus program contains $100 billion for schools. And now the Maryland State Board of Education declaims in its hyperbolic draft application for a $250 million piece of the action in federal funds that the state is “committed to going from national leader to world-class—not only for some students but for all students.” Dare to dream.

A college diploma (from the right school) might still be the pathway to upward mobility, but much less likely than a few decades ago. Today, the ticket to stability and success is, more often than not, a plumber’s license or a certificate in automotive repair or HVAC, or any other specialty trade, from a technical training school or an associate’s degree from a community college.

Better still, revive the idea of the heretofore vocational/technical schools, such as Mervo (Mergenthaler) where kids can not only learn something they can do with their hands but, what’s more, be interested in it. Given the aptitude and inclination, an apprenticeship to an established professional, in the tradition of the old guild workers, is also a sure track to a solid-bracket income. And teaching people to do things is also a way of fulfilling Obama’s promise of reinventing the economy.

This may come as a shock, but a college degree no longer has the value that it once had to make a decent, good-paying living. College today is little more than a finishing school, and a very expensive one at that. Room, board and tuition at name-brand colleges and universities today is upwards of $50,000 a year, and that is without the go-withs.

Not to be misunderstood, a college education is a wonderful experience for anyone who can afford the luxury or the lifetime of repaying student loans. It opens a window on the world and expands the mind with great adventures in learning. The GI Bill, for example, was among the greatest affirmative action programs ever conceived by the government. It lifted an entire generation into the ranks of college graduates and unlimited opportunity following World War 11 and the Korean War.

But America is fixated on colleg—the more the better, it's assumed, and the notion that every kid should have a Ph.D is considered almost a birthright. And no question, each and every one of God’s children is entitled to as much education as he or she can achieve.

And here’s the kicker. Not every person is equipped, by disposition or aptitude or financial wherewithal, to achieve the requisite American dream (an archaic but serviceable phrase) of a college education. Nor is it any longer necessary. In fact, it might even be a hindrance in today’s service-oriented society where plumbers are considered more of a necessity than English professors. The nation just might be over-educated. All of us, at one time or another, has needed a plumber. But when was the last time you needed a Ph.D?

Thomas Robert Malthus, the crotchety 18th century English economist, when he wasn’t busy preaching the entropic ravages of over-population, observed, “Eventually the people who do society’s dirty work are the ones who are going to make the money.”

He was right. And in today’s work-a-day world, anyone who isn’t afraid to get a little grease under his fingernails or luxuriate in the slime and grime of a broken pipe or backed up sink will take home a bigger paycheck than a college grad with a degree in literature or philosophy. And probably the professor who taught literature and philosophy as well.

Jerry Weast, superintendent of Montgomery County schools, the county with the highest concentration of Ph.Ds on the planet, observed in The Washington Post not long ago, “If we want to make sure that all of our students are prepared for college, we need an accountability system built on high standards and a high-quality curriculum.”

And before that there was a headline in The Sun: “Md. Aims to shrink college grad gap.” That was all about “The University System of Maryland joining schools in 17 other states in pledging to reduce by at least half the gap in college success that separates minority and low-income students from the rest of the postsecondary population.”

Instead of dumbing down the system with all sorts of academic crutches and artificial remedies, why not teach people to do things instead of offering useless courses such as “Lesbianism in 19th Century Literature.”

Students today are taking five, maybe six years—the semester abroad, the year off to chill out—to complete what used to take no more than four years and 120 credits or you were out on your failed butt with no degree. And the ministers of influence puzzle over why the cost of education keeps rising.

College is fine. It’s fun, it’s discipline, it’s formative. It’s even more important if a person is prepping to move on to a professional school in law, medicine, business, even that credential for wearing a trench coat or a green eyeshade, journalism, or whatever fanciful niche, the narrower the more rewarding.

But beyond that, there are a lot of college graduates who can quote Shakespeare or Schopenhauer or conjugate Latin verbs but who can’t change a flat tire or replace a washer in a spigot. Honey, check the Yellow Pages or Angie’s List for help.

America needs tinkerers as well as thinkers. We need Ph.Ds, but we also need plumbers. We need MBAs, but we also need mechanics. College, for the most part, equips people to do nothing, except maybe think, which has its own rewards and is not a bad thing. But the paycheck for that won’t exactly cover the mortgage. Bad education produces bad Ph.Ds as well as bad plumbers.

It’s not easy to become a first-rate mechanic, or an electrician, or a master plumber, or an HVAC engineer. The complex world of computer-driven equipment and high-torque engines requires creativity and ingenuity to diagnose and solve problems. It also requires reading, writing and arithmetic. It also demands interest. So it’s not a matter of being a cop-out from college but a question of applying abilities and aptitude to the task.

Man’s destiny, for better or worse, is to work. How individuals choose to do it is an intricate socio-economic formula driven mainly by necessity. Need and the reward of finding an occupation that is truly engaging. But educators and the educational system are missing a terrific opportunity to deal with the growing problem of school drop-outs, failures, the disinterested and the just plain don’t-give-a-damns or can’t-make-the-grades.

Hey, there are kids, believe it or not, who’d rather be tearing down the engine of a ‘66 Mustang than reading Beowulf or The Canterbury Tales. And there are others who’d enjoy baking cakes or basting a turkey rather than pondering the fine points of an isosceles triangle. They’re important. But so’s a kid finding his groove.