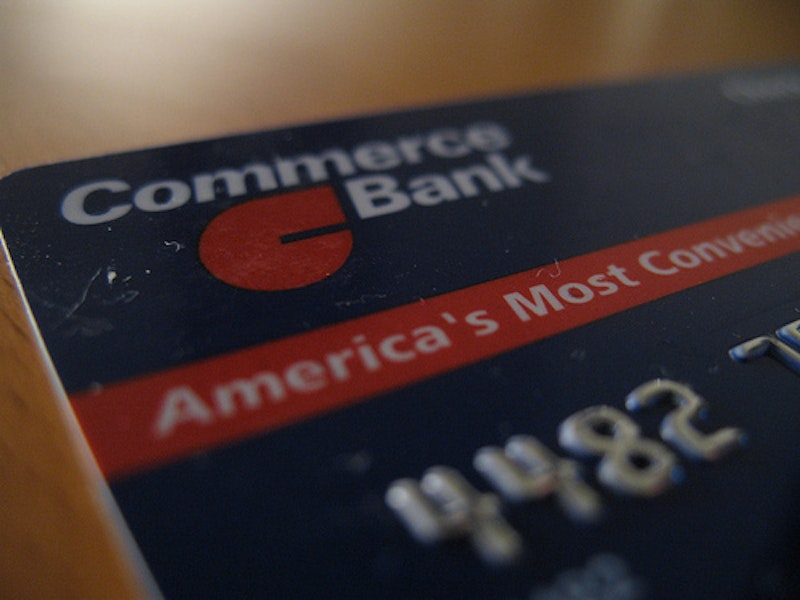 Photo by The Consumerist

Over the past few decades, consumer credit cards have become increasingly complex, with their hidden fees debated on Capitol Hill and parodied in Capital One commercials. In between dealing with the financial crisis and nominating a Supreme Court justice, President Obama managed to find the time to sign into law a credit card reform, which the White House promises will ensure that terms "be disclosed in language that consumers can see and understand so they can avoid unnecessary costs and manage their finances."

Despite Congress and the President's ambitious promise, this isn't the first time that Congress has supposedly dealt with the issue of unfair credit cards. Back in the late 1980s, then-Rep. Chuck Schumer (D-NY) sponsored a bill that required, in very specific terms, that certain pieces of information about a credit card's rates and fees be shown on applications and some ads. What is now known as the Schumer box must contain the card's APR in large print, along with a few other rates and fees below, in a smaller font.

Ironically, only a few years after the bill's passage, credit card contracts started accumulating confusing fees and pricing structures for the first time in history. According to Mark Furletti (.pdf), a researcher at the Philadelphia Federal Reserve's Payment Cards Center, interest rates before the early 1990s were "high and simple." Consumers often paid a fixed annual fee for the card, and were charged a single, unchanging rate on all balances carried over to the next month, without much further complication.

But beginning in the early 90s, the industry's pricing scheme changed dramatically, as nominal APRs and annual fees began to fall, but were replaced by new and higher fees. Some of the innovations were surely genuine and beneficial-people who paid on time got cheaper credit, and people who before might not have qualified for a credit card could now get one, albeit at higher cost. But some of the changes, like increases in penalty fees and arcane mathematical manipulations of the interest rate, did nothing but hide the real price of credit from consumers.

Though it may seem odd that credit card terms became more opaque after disclosure rules were passed into law, upon closer inspection, it's not hard to see why. The 1988 rules that created the Schumer box placed a heavy emphasis on nominal interest rates. The APR was, typographically, 50 percent larger than the information that followed, and so the regulation encouraged consumers to base their decisions on that number, to the exclusion of all the others (and some things that weren't even in the Schumer box). Credit card companies sought to lower the APRs, but they couldn't actually lower the real price of the credit-being unsecured by any real collateral, credit cards are much easier for consumers to default on, and thus lenders command higher rates than, for example, home or car loans. To give the impression of lower rates, card issuers lowered the APR while jacking up penalties and other fees, creating the illusion of lower rates. In reality, though, the practice only obscured the true price of credit, while leaving the general level more or less the same.

This sort of perverse consumer protection measure that lulls buyers into a false sense of security by setting one number as the primary unit of comparison and competition is actually more common than one might hope. Some economists believe that a similar dynamic was at play when credit rating agencies, faced with poor regulatory incentives, gave risky securitized bundles of subprime mortgages AAA ratings-marking them as safe as debt issued by the US Treasury. The ratings were artificially inflated by mandates that certain large investors, such as pension funds, only invest in securities that were given these high ratings. Financial journalists and investors were generally unaware of these incentives, and since the agencies are blessed by the Securities and Exchange Commission (SEC), few realized that the ratings were much more optimistic than the actual level of risk. Despite the poor quality of ratings coming out of the agencies, they were blessed by the SEC as the only acceptable rating agencies on which regulatory decisions could be made.

Obama's solution to the problem of credit card complexity is to do away with some of the ways that credit card issuers have found to compensate for lower APRs, but it's unlikely to solve the real underlying problem. With consumers still focused on the rate in the 18-point font, card issuers will just find new ways to shift the costs out of the APR and into other, less obvious places-as economist Arnold Kling likes to say, financial regulation is a chess game, not a simple math problem that "can be solved once and stays solved." Credit card pricing is a complicated business, and legislators should recognize that the discipline of the market which reigned prior to 1988 was far better at ensuring transparent prices than Chuck Schumer and Barack Obama will ever be.