The candidate of hope and change has turned out to be a fraudulent President. 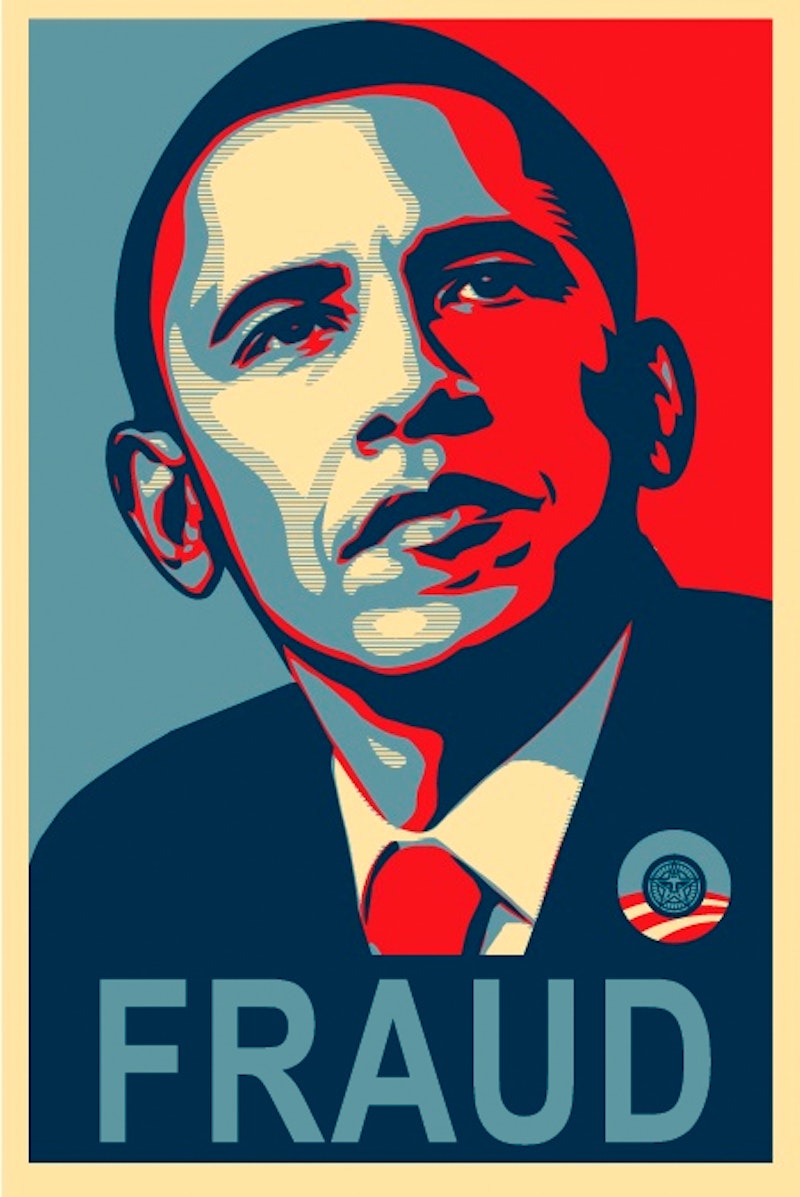 I was extremely hopeful when Barack Obama won in 2008. And like many I’ve become totally disillusioned with the President and the political process. The debt ceiling fiasco is yet another illustration of Obama’s failures, not just because it’s a betrayal of his base and the American people, but because it further calls into question whether he’s a total fraud.

In Winner Take-all Politics, political scientists Jacob Hacker and Paul Pierson argue that if Obama had his way his first year in office would have rivaled FDR’s first 100 days as a juggernaut of reform. The book, which offers an excellent analysis of how big business has completely hijacked the political system, leaves the reader with hope. It describes how corporate lobbyists have used the Republican Party to sabotage the political process and choke off all prospects for change. Hacker and Pierson claim that Obama may prove the first step in the direction of serious reform, the kind we saw in the early 20th century with the progressive movement, culminating in the New Deal.

But upon a closer examination of the record, it becomes apparent that Obama’s intentions are not pure. It is true that the right has worked extremely hard to crush any Obama initiative, even those they would certainly welcome if it were proposed by a Republican, such as health care reform, which is really a nationwide version of Mitt Romney’s Massachusetts plan. As such, when it comes to measures such as the public option or eliminating the big banks, we can only blame Obama for not trying hard enough and perhaps being weak in the face of fierce Republican opposition. True he should have used his speaking skills to rally the public behind real reform, and the fact that he didn’t even though polls show the public supports universal healthcare and an end to Wall Street tyranny suggests he had an ulterior agenda. But it’s hard to gauge his sincerity with any certainty in those cases.

Nevertheless, when we consider how he has governed in areas that are entirely under his control it’s hard to avoid the fact that he has pursued extremely right-wing, dangerous policies. Take his economic advisers. It is completely up to Obama to choose who will determine economic policy. He does not need Congressional approval. And yet whom does he choose? People like Timothy Geithner and Larry Summers, the architects of the deregulation policies that created the housing bubble. Obama could have appointed economists like Paul Krugman and Joseph Stiglitz, but decided not to. This is entirely consistent with his decision to take massive campaign contributions from Wall Street.

Likewise, when it comes to the military, Obama has opted to extend Bush’s war policies in ways that are extremely frightening. We are now seeing the fruits of Bush’s unilateralism and aggression. Obama could have ended the disastrous imperial expansion in the Middle East. Instead he has vastly enlarged it. He chose to dramatically increase the use of drone strikes in Pakistan, which according to a photographer who has visited the scenes of many attacks, kill maybe one militant for every 15 civilians, an outcome that will no doubt further swell the ranks of global jihad organizations. It is Obama who has opted to send over 30,000 more troops to Afghanistan and pump billions into maintaining massive military bases and subverting the will of the people in Iraq. It is Obama who decided without Congressional approval to bomb Libya. And it is Obama who has started proxy wars in Yemen and Somalia, where, at the behest of our president, America has set up torture chambers akin to Guantanamo, which still has not been closed.

This troubling phenomenon extends into virtually every facet of his presidency. Consider nuclear weapons in the context of Iran and Israel. America could lead the international community in ridding the world of nuclear weapons. Instead Obama, after signing a meaningless treaty with Russia that leaves the United States with thousands of warheads in its possession, has failed to follow Iran’s lead and sign a nuclear free zone for the Middle East.

For all the propaganda about how we must stop Iran from acquiring the bomb at all costs, they’ve signed the treaty and Obama has not only refused to join them and the international community, but he has permitted Israel to continue to develop nuclear weapons without being burdened by international monitors. If he were at all serious about ending Iran’s bid for an atomic bomb and avoiding an arms race in the Middle East, he would join the international consensus. But he has other priorities. He obviously considers it more important to continue the standard strategy of using force to intimidate all who resist the imperial project, resorting to outright war in many cases, and in Iran sanctions for now and very likely a strike by Israel in the not-too-distant future, which could create a World War III scenario with nuclear weapons.

But what about the debt ceiling catastrophe?  Is that his fault too, or was he merely a victim of Tea Party extremism? On the surface it appears the situation was out of his control because Congress was involved. But in truth Obama could have refused to participate in this manufactured crisis. He could have demanded that the debt ceiling be raised as early as December, but he opted not to, saying he presumed the Republicans would not risk a default. He also could have unilaterally solved the problem through many different legal maneuvers, such as the 14th Amendment.

But it seems he wanted this pseudo-crisis as much as the Republicans did, which is why he let it happen. The entire episode was obviously political theater. Everyone in positions of power benefitted. Only the American people were harmed. It was clear there would be no default because the corporations didn’t want it since it would damage their bottom line. It’s no surprise that the Chamber of Commerce ordered the Republicans to make a deal last week.

But the drama created many opportunities for the powerful to further consolidate their grip. The corporations—which own both parties—and the Republicans won because they not only used a phony crisis to squeeze the public with trillions in cuts, but they have also set the public up for future cuts in Medicare, Medicaid and Social Security. We may have “compromised” and only cut “discretionary spending” this time, but next we will have to cut the big three if we are serious about the deficit. What remains unspoken is the fact that the corporations are responsible for and benefit from running huge deficits because it means less in taxes for them, and because they are the ones who finance most of the debt by lending to the government and charging interest.

Obama has also benefitted from this. True, he has further alienated his base, but who cares? His strategy, from day one, has clearly been to convince independents and the left that at least he’s not as bad as the Republicans. And the debt ceiling crisis offered him a perfect opportunity to further illustrate his moderation: we may have cut trillions, but imagine if Paul Ryan were able to destroy Medicare, that won’t happen under my watch.