The Baltimore State's Attorney race is coming to a head. 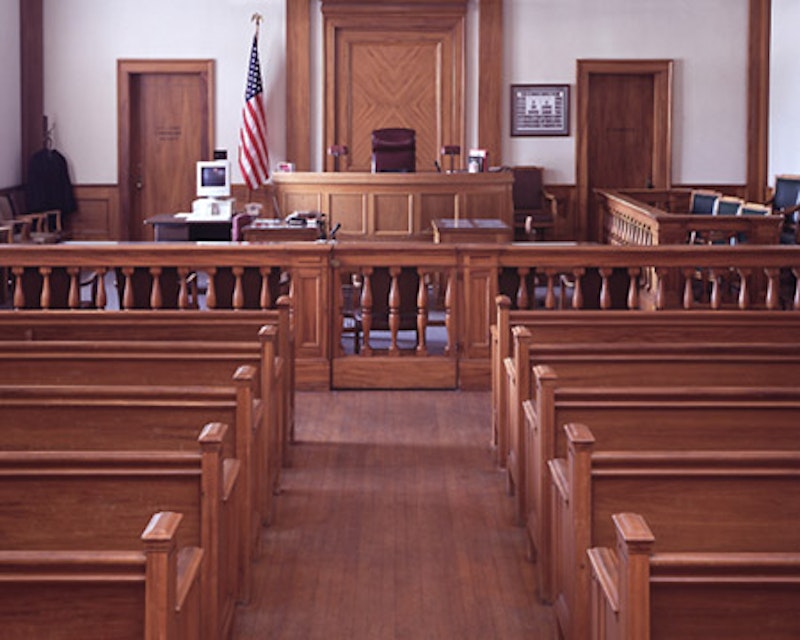 The campaign for Baltimore City state’s attorney between incumbent Patricia Jessamy and challenger Gregg Bernstein is more about ebony and ivory than crime and punishment. Race is the fulcrum on which the contest turns, as much because a white man is running against a black woman as how two communities inwardly view themselves.

Bernstein is a hard-nosed former federal prosecutor and many blacks are concerned that if he’s elected he’ll be exactly that—tough on crime and criminals. Within the black community, the words "crackdown on crime" connote the dreaded phrase “zero tolerance” and lock-ups overflowing with perpetrators of nuisance crimes such as spitting on the sidewalk or loitering near a store-front.

It is one of those toothsome twists, though, that black-on-black crimes far outnumber those committed against blacks by other races. And crime within the black community, much of it drug-related, far outweighs that in any other sector of the city.

But in the half-dozen haute zip codes that pretty much support the entire city, crime is viewed as a protectionist right in neighborhoods that pay super taxes and fund block patrols to keep their living space safe. They want the bad guys locked up and out of the social order and their zones flooded with police and crime-free. Consider the outcry over the recent senseless killing of the Johns Hopkins researcher in dowdy-chic Charles Village.

Bernstein has presented his case again Jessamy as being soft on crime. Her office is often accused of plea bargaining cases instead of taking them to trial. The reverse is that Baltimore juries often allow suspected criminals to walk out of courtrooms free and clear, and plea bargaining to get some punishment is better than losing a case before a jury.

Bernstein’s campaign flyer comes right to the point: “Making our streets safer starts with convicting violent criminals and then sending them to jail.”

Enter the police. The police department is unhappy with Jessamy as well for what they claim is her office’s tatty treatment of cops. The unhappiness went visibly public when Commissioner Frederick Bealefeld put a Bernstein campaign sign on the lawn of his Southwest Baltimore home. And it was amplified when an out-of-uniform police department spokesman appeared in a Bernstein commercial. Also in the commercial is another former municipal employee, DiTanya Madden, witness security coordinator, who claims the state’s attorney’s office failed to offer protection to the Dawson family.

Bernstein returns the favor in his campaign literature: “I will strengthen partnerships with police, City Hall and state and federal law enforcement.”

Bealefeld had insisted that he was acting as “citizen” Bealefeld and not “commissioner” Bealefeld. Nonetheless, Jessamy had called for an investigation into whether Bealefeld had solicited votes for Bernstein in the primary election but backed away from her demand when Bealefeld removed the campaign poster.

The commercial itself, involving the 2005 fire-bombing deaths of seven members of the Dawson family, has become a flashpoint in the campaign. A group of elected officials and community leaders has demanded that Bernstein pull the commercial. And the Baltimore chapter of the NAACP has threatened to apply pressure on Bernstein if he does not withdraw the ad.

This is, without question, the most serious challenge Jessamy has faced since her appointment to the job in 2005. And the election falls curiously out of sync with the city election cycle but in line with state elections because the office of state’s attorney in its early inception was created as a state office.

The campaign itself can occasionally become bogged down in a lot of legal mumbo-jumbo and flogging of the public with statistics and records and non-records as the case may be. The public case of crime and criminals is a continuous roundelay of name-and-blame among the police who investigate, the state’s attorney’s office that prosecutes, and the courts that deliberate. Each blames the other for the louche society that’s shooting itself up just for the hell of it.

When Gov. Martin O’Malley was mayor, he told Jessamy to “get off her fat ass” and start prosecuting cases. And he even drew stick-figure cartoons to explain to judges how the criminal justice system works. He brought in criminal justice consultants from New York to impose that city’s successful formula for a crackdown on crime in Baltimore. And when he did, the black community went bonkers and demanded that “zero tolerance” be abandoned.

Mayor Rudy Giuliani is usually given credit for lowering the crime rate dramatically in New York through tough policing policies. Those policies are easier to impose in a city as diverse as New York, but much more difficult to apply in a city such as Baltimore with a 70 percent black majority population that has low regard for policing tactics.

What’s more, the unsettling side of Giuliani’s policies is rarely revealed. During his time as mayor, the City of New York paid out $538 million to settle police brutality claims, according to The New York Times.

The results of the primary election for the two Democrats, for the first time employing early voting, will depend largely on black voter turnout. And that is what Jessamy is relying on in her contest with Bernstein, who has raised far more money so far. Her standing is high among black women in a matriarchic social structure where women are reliable voters; at the same time they detest crime that is tearing apart their neighborhoods and families. That contradiction is key to how black voters view the contest.

Black voter turnout is so critical, in fact, that even O’Malley has swallowed his hostility and endorsed Jessamy out of fear of antagonizing blacks who are mainly Democrats. O’Malley, in his campaigns for mayor and governor, has polled as much as 90 percent of the black vote. Recall that O’Malley had raised the state’s attorney’s salary to $225,000 to try and attract a heavyweight candidate against Jessamy four years ago.

Bernstein, whose wife is a criminal justice adviser to Mayor Stephanie Rawlings-Blake, no doubt counts among his financial backers and voters trial lawyers and many other members of the legal establishment. His campaign signs are planted all over his Roland Park neighborhood. Rawlings-Blake has said little about the state’s attorney’s race but she’s closely allied with O’Malley and her get-out-the-vote energy will be important to both contests.

There are no two ways about the contest for state’s attorney. It’s as simple as black and white.