Obama's bipartisan overtures have been politically advantageous thus far, so why is the GOP still waiting for him to fall on his face? 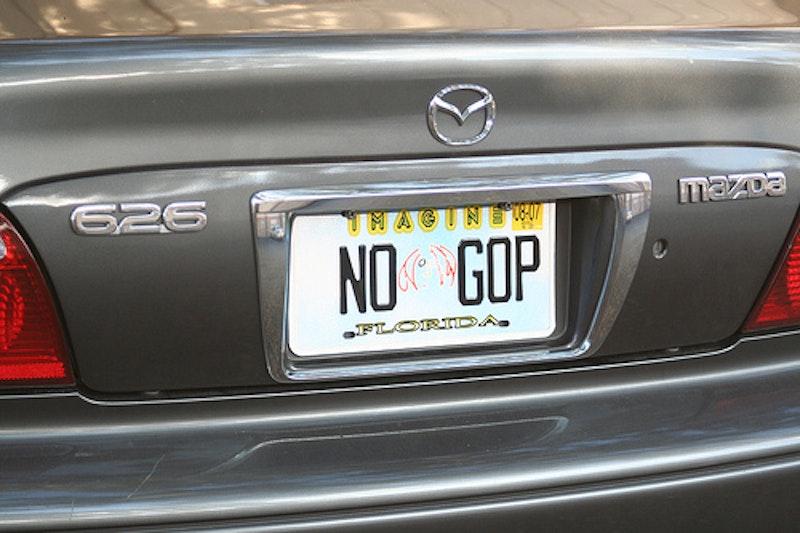 In a recent piece in The Daily Beast, Michael Lind offers a solid blueprint for a liberal nightmare: Rising populist sentiment in the working class base of the Democratic Party could very well cost the Left both its agenda and even a second term for President Obama. A few of Lind's prime examples include the tax failings of top administration cabinet appointments. Timothy Geithner's ascension to Treasury Secretary is a particularly vulnerable point, and the "taxes are for little people" mixes rather well with Rick Santelli’s rant about the unfairness of watching your irresponsible neighbor keep his or her house. These issues, along with the fear of Republicans redefining the stimulus and bailouts as special-interest hand-outs, Lind argues, have political implications as wide-sweeping as the Left's fall from grace in the 1960s with Lyndon B. Johnson and the Great Society:

If the Right succeeds in defining the stimulus passage as a giveaway to minorities and women at the expense of unemployed working-class white men (and their wives and children), then conservatives have half the populist script written for them. The other half is provided by the bailout, if that is perceived as a massive subsidy to financiers with political clout in Washington. The acolytes of Lee Atwater and Karl Rove will find it easy to write a campaign ad in 2010 or 2012 portraying Democrats as an alliance of the top and the bottom against the middle—a classic populist theme.

Both scenarios are entirely possible. There’s been a lot of recent writing on the ratio of Republican to Democratic TV commentators (it's rather off). House Majority John Boehner (R-OH) and several Southern governors, such as Louisiana’s Bobby Jindal (R), are soaking up the ratings. But after a brutal news cycle covering the negotiations and continued Republican grandstanding, recent polling shows high approval ratings for Obama as well as a strengthening among his base and Independents.

He's only losing Republican support, and the GOP isn't winning any ground with egregious misrepresentations of the stimulus; it doesn't look like it's gaining much traction with the "porkulus" angle. Over at The Next Right, Patrick Ruffini expressed surprise over a "Breaking News Alert" email from The Washington Post. The email carried the item, "Large majorities support president's $787 billion economic stimulus package and $75 billion plan for stemming mortgage foreclosures, according to a new Washington Post-ABC News poll":

This is "breaking news?" That the media released a poll? Are bottom lines that pressed that both the Gray Lady and the Post feel it necessary to spam their readers on a daily basis with mundane tidbits that are most definitely not breaking news? These e-mails get sent almost daily, and this is only the worst infraction, but certainly not the only one.

I suspect the "breaking news" has more to do with the virulent nature of stimulus commentary. Considering how remarkably combative, insulting, and counter-productive rhetoric from the Far Right has been, as well as the immensity of America's economic distress, it's no surprise the Post threw around that poll with gusto.

There is strong evidence, though far from concrete proof, that a good part of Obama's message and his handling of the issues are resonating with voters despite cyclonic print, network and online coverage. YouTube videos certainly don't have the impact that TV first had on presidential communication; the Internet is the filter for YouTube that print and radio couldn't be for television. But a filter does not catch everything, and Obama's steadfast line of bipartisanship is definitely paying off. The public perceives—if not as much as liberals would like—a divide between the administration's legitimate bipartisan efforts and Republican ideological, hands-in-pockets heel-digging.

The failings of Tom Daschle and Geithner need to be taken on the chin, the former less so than the latter since Geithner was actually confirmed. The irony is baldly unsubtle, and the administration is fast running out of vetting bona fides. More importantly, the notion that Geithner's tax problems run the risk of triggering populist resentment via a perceived double standard is flawed; the public is consistently reminded of the double-standards of all politicians: Bill Clinton's womanizing, Christian Republicans' own moral failings, Spitzer, Vitter, Ted Stevens, John Edwards. Geithner's timing couldn't be worse, but it isn't the impetus for Lind's populist movement.

No liberal I know denies the serious costs of Medicare, Medicaid, and Social Security—our social safety net. The sweeping legislation that LBJ ushered in with his vision of a Great Society permanently changed America's fiscal environment. A good amount of that legislation was born of Ivory Tower, "brightest and best" types, rife with major problems for future Congresses and administrations to solve, but its impact on the quality of American life is a liberal cornerstone. The immense crush of deficit spending that accompanied LBJ's Great Society was not that liberally pure; indeed, one of the first benefactors of deficit spending was the military, helping to chart a trajectory that has put America's defense budget atmospherically higher than any other country's.

The Vietnam War was LBJ's undoing; he couldn't sell the war and the Great Society at the same time, and the Left collapsed. Lind glosses over this in his essay, but America's current military situation, coupled with domestic costs, is potentially more problematic than a populist turn of political events. The wars in Iraq and Afghanistan have drained a huge amount of money, but scaling back forces in Iraq while pushing more into Afghanistan isn't going to close the deficit; letting Bush's tax cuts expire might. Thankfully Obama will probably do just that. The hoots and hollers from the Right over such a "tax increase" are disingenuous because a) the stimulus' tax cuts are deeper than Bush's (and history’s), and b) Bush's tax cuts were meant to expire, at least in theory.

The administration ramped up strikes within Pakistan's border—exactly what Obama he said he'd do in the campaign—and ordered 17,000 more troops into Afghanistan. That is going to cost money. Not necessarily Iraq-level tabs, but enough to be a major dent in the administration's budget. It's quite possible the continued cost of war is as much a factor on the size of the stimulus as was the blanket resistance from Congressional Republicans.

Marc Ambinder does some clutch aggregating of various op-ed pages across the pages regarding the War in Afghanistan:

The Concord Monitor makes a strong case that President Obama should explain to the American people—and to the families of soldiers who might die there - exactly what the mission in Afghanistan is, how long it might take and how success will be measured.

The Pittsburgh Post-Gazette echoes these concerns, arguing that the country still doesn't been given a clear understanding of "the parameters, the objectives or the end game" of the Afghanistan conflict.  Can America realistically escalate its war efforts abroad at a time when it is strenuously grappling with economic survival at home?

A lot depends on how much Obama commits to Afghanistan; it's easy to forget that America's wars are as big an item as the economy, health care and energy reform. The administration has been trying since day one to fill in all the corners of domestic and international policy. Despite their efforts, gaps remain in the Treasury Department and the Cabinet itself. The administration had the ball in its court on November 5, but it’s still playing catch-up (as is the rest of the country) in some areas.

The Left's agenda will not rise and fall with economic crisis. So far it is weathering the storm far better than the Right. And it is gaining momentum with support from Alan Greenspan, Lindsay Graham, the MBAs (kind of), and young professionals. But as Lind's essay illustrates effectively, there are too many variables to presume any sort of concrete political future for either party. His conclusions lean toward doom and gloom; mine are more optimistic. Each of the forces at play in America's domestic, economic and foreign spheres are great enough to produce a domino affect in either direction. So far the Obama administration is keeping up in the right places and leading in others—but there is a long way to go.