With a recession in sight, the case for legalizing marijuana and taxing it for government revenue seems more practical than ever. 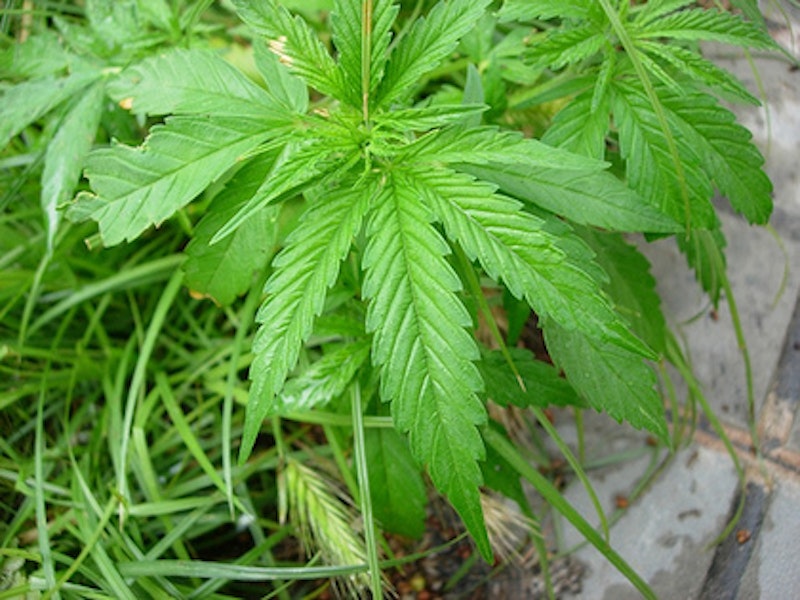 Any American, given about a minute, can tick off a list naming examples of disgrace in our 21st century society. You pick your hobbyhorse, I’ll pick mine, and let the free-for-all begin. It’s mind-boggling, at least in this corner, that there’s still actually a debate among politicians and citizens over the issue of medicinal marijuana use. In 1982, as a young man not yet 30, my mother was slowly dying of brain cancer, and one day she asked if I could purchase a small quantity of pot to relieve the pain of chemotherapy.

I hadn’t used the illegal substance for several years, but it wasn’t hard to find, and so on a visit to our house she was given a small bag of Mexican grass, and for the first time in her life she toked up. It wasn’t to her liking and so that experiment ended, but, after years of worrying about this sort of drug use among her five sons—my parents swallowed all the scare tactics from the government and media in the 1960s—she’d come to realize that in the scheme of things, smoking marijuana wasn’t, in the vast majority of cases, likely to derail a person’s life. As for her fellow cancer patients, Mom said, “Look, we’re dying, it’s not as if puffing on a joint [I’d never heard her say that word and was slightly taken aback] will be the ‘gateway’ to heroin.” None of my friends and acquaintances who are physicians disagree with that simple statement.

It’s my opinion that not only should marijuana be freely available to those suffering from ravaging diseases—as if the plant is any more harmful than the other drugs dispensed several times a day—but it ought to be legalized and sold at pharmacies and maybe even convenience stores. I understand this is an issue that no politician will touch—in the early 1990s Baltimore mayor Kurt Schmoke, once considered a rising star in national Democratic circles did himself no favors by advocating decriminalization—but if you suspend immediate judgment and think about it, who would it harm?

Consider this: In 2007, according to the FBI’s “Uniform Crime Report," cited by The National Organization for the Reform of Marijuana Laws (NORML), a record number of 872,721 people were arrested for marijuana violations, and 89 percent of those Americans were nabbed for “personal use.” Violent crime ebbs and flows, often depending on locale, but someone please explain to me why people who favor smoking pot, which is arguably much less dangerous than excessive consumption of alcohol, are the prey of police officers across the country? Maybe it’s a matter of low-hanging fruit, but the waste of time in arresting offenders, court appearances and in many instances, incarceration, is a crime in and of itself. Does it make any sense at all to jail a 23-year-old, throwing him into a prison population that will likely result not in “rehabilitation,” but a needlessly disrupted life?

One significant fact that would grab the attention of federal and local office-holders (at least in private), charged with juggling budgets, is the vast stream of revenue each of the country’s 50 states would realize as a result of selling marijuana, like cigarettes, on the open market, with every pack or pouch of pot fetching several dollars in “sin taxes.” The government could regulate the potency and purity of the marijuana, and sell it for a reasonable, if high, price, nearly obliterating the black market, thus further making a significant dent in the ranks of those who profit from manufacturing and selling large amounts of the drug. Like alcohol and tobacco, vendors would be prohibited from selling marijuana to those under 21, and the requisite health warnings would be prominently placed on each unit sold.

It’s an unfortunate reality that the political bureaucracy, even if there was an eventual consensus on legalizing marijuana, would take years to implement such a dramatic change—one can only imagine the ballot propositions, constitutional amendments and the like that would have to be traversed, not to mention the harrumphing of cultural conservatives who’d like to lord over the private lives of citizens—and so any economic windfall is in the future. Which is a shame, since given today’s perilous financial climate, a new infusion of cash, every single day, would help shorten a recession. Then again, if legislators acted now the benefits could be realized in time for the next, and inevitable, economic downturn.

As for the “morality” of legalizing marijuana, I just don’t want to hear it. Rush Limbaugh and Sean Hannity can stuff it. No one would force people to start smoking the stuff, just as no one forces people to take a drink, indulge in a tobacco habit or pop anti-depressants.

As Barack Obama prepares to occupy the Oval Office in January, this modest (in my opinion) proposal is worthy of his consideration, especially if he does intend to follow FDR’s example and set forth a very ambitious agenda for the first year of his presidency, before he begins his 2012 campaign. I’m not naïve and don’t expect Obama will even give a moment’s thought to the subject—hell, if he lifts the embargo on Cuba next year, that’ll be amazing, and long overdue, enough.

Nevertheless, the legalization of marijuana is an initiative that shouldn’t be dismissed out of hand: correcting the travesty of arresting harmless and non-violent citizens, plus the monetary gain is extraordinarily compelling. All that’s needed is a group of politicians with vision and guts to bring the issue to the forefront of debate in the United States.