The outgoing Republican Maryland governor is a “me, myself and I” guy. Also, a few words about the late D.H. Warren. 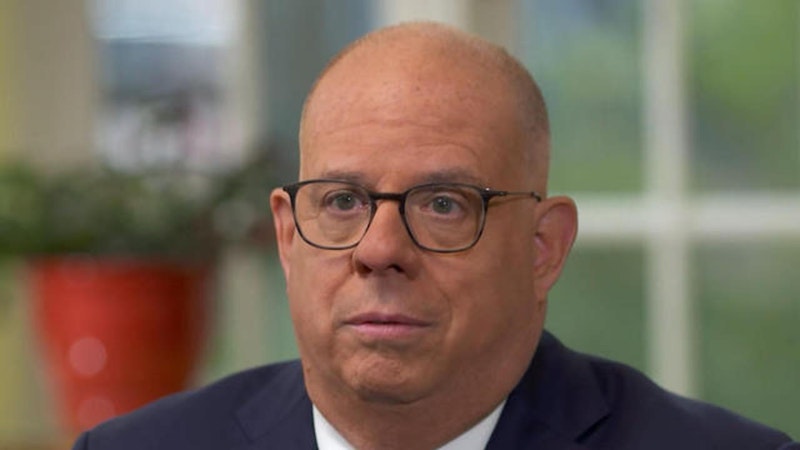 It’s said that term-limited Maryland Gov. Larry Hogan, a Republican, is considering a presidential run in 2024, a quest, if made, will likely end up in a resounding defeat that would eclipse Martin O’Malley’s—another former Maryland governor, Hogan’s predecessor—poor showing against Hillary Clinton and Bernie Sanders in 2016. As Donald Trump proved six years ago, anything can happen in American politics today, so no one can be definitively counted out, even a slug like Dana Milbank of The Washington Post. But Hogan’s only attribute, if that’s even a plus now, is that he’s a relatively moderate Republican, who claims he can work with both parties in hammering out legislation. Otherwise, he’s 66 (not ancient, but after Joe Biden there’s a trend away from senior citizens, because 50 Is The New 50), fat, bald and white. He’s a cancer survivor, which cuts both ways: it resonates with Americans who’ve had the disease (and their relatives), but also raises questions about his future health. Some might remember former Massachusetts Sen. Paul Tsongas’ competitive run against Bill Clinton in 1992, in which he made his status as a “cancer survivor” an issue; he died at 55 just five years later.

Meanwhile, Hogan wrote (or his ghost-writer did) a short op-ed for The Wall Street Journal earlier this week that self-righteously complained that the Democratic Governors Association (DGA) spent $2 million—hardly a huge sum in a political system awash in cash—to help Trump-endorsed Dan Cox (who’s kooky, like most of Trump’s anointed candidates) defeat Hogan’s preferred candidate Kelly Schulz handily in the Republican gubernatorial primary nine days ago. Like other political consultants and office-holders of both parties, Hogan claimed that the Democrats were playing dirty by interfering in contentious primaries—it is skeevy, particularly when Democrats hold the “Our Democracy Is Dying” banner as high as the heavens, but skullduggery in American politics pre-date any person living today—and that the party of Biden, Chuck Schumer, Jeffrey Pritzger and Nancy Pelosi (models of integrity) are ceding the “moral high ground” by employing such tactics.

I live in Maryland and won’t support Dan Cox (or anyone receiving Trump’s blessing) but Hogan, with his 70 percent approval rating, did almost nothing to help Kelly Schulz. He was in New Hampshire earlier this month to meet with “business groups,” according to The Baltimore Sun, instead of campaigning non-stop for Schulz. I don’t watch much television, but do see Sunday Morning, some Orioles games on MASN and every day my wife has The Today Show on, and I didn’t see a single political commercial with Hogan side-by-side with Schulz. It’s not as if there was a dearth of political ads from Wes Moore, the Democratic winner in the primary, and likely next governor, or candidates for lesser offices. In that same Sun article, Hogan was propped up by laughingstock former New Jersey Gov. Chris Christie, who said Hogan was an “appealing” presidential candidate.

In the spring of 2020, when Covid was scaring people silly, Hogan was proactive in warning and helping his constituents (as opposed to Trump) and for a brief period was dubbed “America’s Governor,” just like New York’s disgraced Andrew Cuomo and California’s atrocious Gavin Newsom. That didn’t last long: when the vaccinations were rolled out by the end of 2020—a promise Trump did deliver on—Maryland lagged behind most states in setting up an apparatus for administering the vaccine. Friends in New York, New Jersey, Massachusetts and Florida, for example, were awaiting their second shot before it was even available in Maryland. After Hogan ballyhooed his administration’s purchase of 500,000 Covid tests from South Korea, as well as a contract for masks and ventilators and both never materialized, the Governor went AWOL. In fact, Hogan didn’t do much of anything the past two years of his second term, except to tweet about Trump and “coyly” allude to the 2024 presidential campaign. He ignored Baltimore City, where violence is very bad, cops are hated (sometimes justifiably), more concerned with revenue-driven traffic tickets and local government corruption continues apace. And this guy seriously believes he’d be an effective president? Count me out.

Five years ago I wrote about an engaging fellow named D.H. Warren, a classmate at Johns Hopkins and, more importantly, my wing-man at the twice-weekly newspaper The News-Letter, during my tenure as editor. D.H., a terrific writer and far ahead of his time on social culture issues—he was proudly a “Young Dude,” after Bowie’s song—was just as headstrong as me, and we’d argue over this or that article for an hour (he was loud and passionate) and then settle up and smoke a joint. We’d see the sun rise on Friday mornings after that day’s issue was sent off for printing in Westminster, MD; the all-nighters were invigorating and I’ll always recall him saying one spring day, after we’d completed a really good issue, “Russ, the trick of all this is simple: we’re running while the world’s asleep.” I don’t know if he poached that line, but it sounded profound (I was 20) to me.

Not long after graduation, while I founded Baltimore City Paper with my News-Letter predecessor as editor, Alan Hirsch, D.H. and his wife Rhona migrated to the University of Missouri-Columbia, and though we corresponded periodically I never saw him again. That’s not unusual for most college friendships: they’re often intense for a brief period of time and then trail off as the years go by.

Less than a week ago I received an email from one of D.H.’s four daughters telling me the shocking news that her dad died suddenly on July 20. He was 66, devoted to Rhona, their children and two grandchildren, and one would think he imagined a long and happy retirement. That wasn’t in the cards, and though our time together was decades ago, it’s very sad news, a sentiment echoed by several of the mid-1970s News-Letter crowd, who like me, knew that D.H. Warren was a one-of-a-kind colleague.