Any deficit reduction plans should leave the Smithsonian out of it. 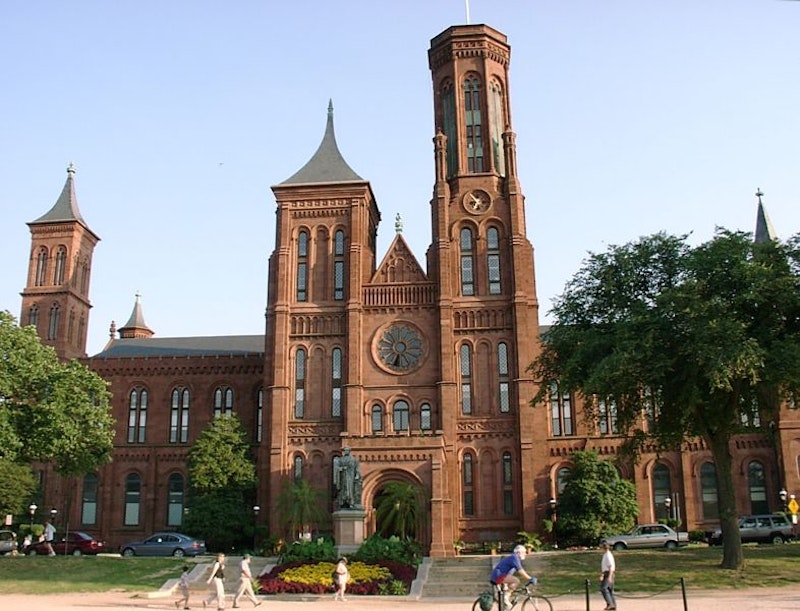 There’s a lot to digest from the Simpson-Bowles deficit reduction suggestions—which aren’t even the final suggestions, just a heads up as to what might be coming down the pike. I can’t really give an across-the-board judgment on the proposals as a whole—other than to say that it appears to be a solid enough (the standards aren’t very high, here) starting point for a crucial conversation this country needs to have—but something in particular jumped out at me.

That something was the idea to start charging admission to the Smithsonian museums in Washington, DC. Matthew Yglesias described the plan as “pennywise and pound-foolish” and, despite the surprise of seeing such a quaint and dated phrase coming from the mouth of a public policy wonk, it’s right on the money. But his reasoning is, to me, beside the point:

Here’s the thing. Building these museums, acquiring the collections, and keeping them running is a fairly expensive undertaking. There are some real benefits to having a National Gallery of Art, but there are also costs associated with it. However, the marginal cost of having an additional person visit the National Gallery is extraordinarily low. And presumably ‘people might visit the museum’ is high on the list of possible benefits of having a National Gallery of Art. What you would ideally do with these kind of public services—be it a museum or a subway or whatever—is take a good hard look at whether or not you really believe in providing the service. And if you do, you provide it for free so that as many people as possible can benefit. If you develop a problem of overcrowding, then you start charging admission to ration capacity. And if you decide the tax burden involved in continuing to provide the service is too high, then you shut down or privatize the thing in question.

The policy argument is all well and good (if rather logey), so allow me to offer the intangible/cosmopolitan reason why such a plan is foolish. There’s something undeniably noble in the fact that the majority of DC’s museums and monuments are absolutely free. It’s democratic and egalitarian; while the Louvre, the Uffizi, and hundreds of other epic cultural institutions ask for a chunk of change at the door, here’s what you get for free in DC:

The Smithsonian Institution—the world’s largest museum and research complex—includes 19 museums and galleries and the National Zoological Park. The total number of artifacts, works of art and specimens in the Smithsonian’s collections is estimated at 137 million. The bulk of this material—more than 126 million specimens and artifacts—is part of the National Museum of Natural History. In addition, the Smithsonian maintains 1.5 million library volumes, including rare books and 89,000 cubic feet of archival material.
137 million.

I guess we’re at the point where some spittle-flecked conservative (I’m look at you, Stacy) pops a Viagra and goes on the warpath, denouncing such egalitarian thoughts with some boiler-plate “I spend my money where and when I want to, you liberal asshole” argument. (To be fair, Stacy drove a forklift while studying art.) It boils down to this: the government takes tax money and provides many services such as a national defense, an FDA or a world-class system of museums. Knee-jerk conservatives will champion the first as some sort of Manifest Destiny, the second as business-crushing liberal overreach and the third as [insert homophobic insult here].

This country doesn’t exist in a vacuum. By providing, for free, such an extensive body of art and science, something called “culture” is created; tourists—foreign or domestic—get to experience the width and breadth of American art and history and ingenuity and triumph without dropping a dollar of admission fees. That’s intangibly, incredibly important; you can’t demarcate that with a bottom line figure. Keep the Smithsonian free.