Iraq: In it for the long haul

Whether it's good politics or not. 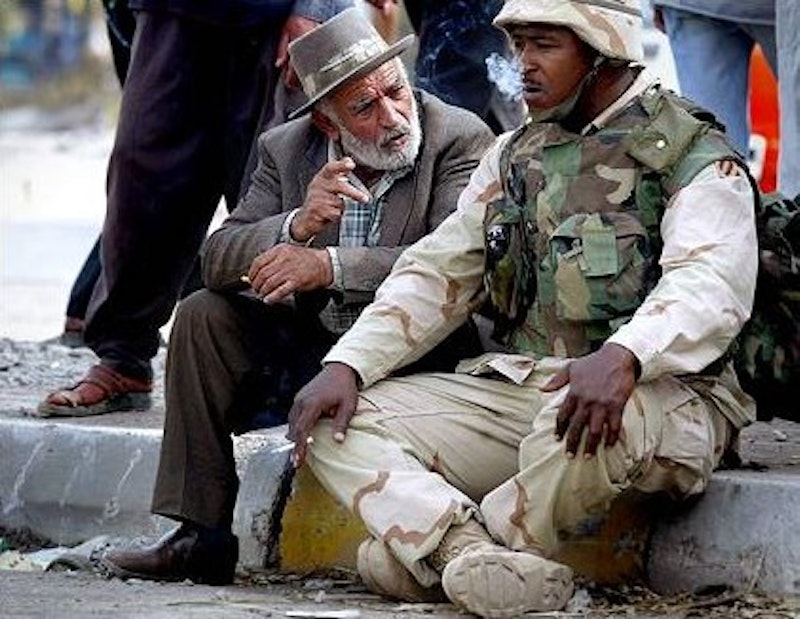 Millions of Americans believe Iraq is this generation’s Vietnam. A day-in day-out grind of a war that was begun on faulty premise and never seems to end. I have heard this argument rehashed and reworded so many times I can barely stand it, but the question remains, what legacy will we actually leave behind there? And what can we do to ensure that the Iraqi people do not suffer the same fate as the Vietnamese citizens who were overrun after the American withdrawal? As our nation’s campaign in Iraq ends, there are tough decisions to make, and these judgments of our policy makers will determine not the Bush or Obama legacy in the region, but the United States’ reputation as a world power.

Two weeks ago President Obama announced that combat operations in Iraq would cease at the end of August as scheduled. We will leave a “transition force” in the region until the end of 2011, at which point we will completely withdraw from Iraq. In his remarks the President said, “As a candidate for president, I pledged to bring the war in Iraq to a responsible end. And that is exactly what we are doing.” But what constitutes a “responsible end?” I don’t doubt the President’s desire to maintain a long lasting peace in Iraq, but he must not lose sight of this goal as he begins to juggle election politics and keeping his “plan” on schedule.

In my view, a responsible end would imply a peaceful withdrawal followed by an American presence, not necessarily military, which would remain in place until the Iraqi government is solvent. This is in fact Obama’s plan, and I believe the goal of complete withdrawal by the end of next year is feasible if the logistics are handled correctly over the next 16 months. However, this is a process that must not be rushed or wrapped up prematurely. The Iraqi government is in a very vulnerable state right now; the new system is making progress and Iraqi citizens are becoming politically active, but the tension is palpable. If support is pulled away prematurely, we could witness a socio-political collapse in the period following the withdrawal.

When considering progress in Iraq two aspects must be considered; the newly installed government, and the security force that we are currently training. The project for Iraqi democracy has advanced further than many predicted. A largely successful election took place last spring with high voter turnout and engagement. Although no majority was reached, this is a step towards a more cooperative government, and also demonstrates the Iraqis ‘ability to participate in a democratic system. There is still work to be done, and much of the responsibility for this will fall on the Iraqi security force and their ability to maintatin order and strong national defense.

The level of violence in Iraq has dropped considerably since its peak in 2007, as US commanders state that hostile attacks are down more than half since a year ago. However, there are still frequent bombings, kidnappings, and drive-by shootings terrorizing both security forces and civilians. In the past six years we have spent almost $22 billion training the Iraqi security forces to uphold law and order, but the Iraqi police and military still rely heavily on the guidance of US troops. If the drawback continues as scheduled and Iraqi security forces are not adequately prepared to stand alone, the country could be torn apart by sectarian violence following the US withdrawal.

The President’s goal of achieving a responsible outcome by the end of next year could be possible with proper policy making and a bit of good fortune, but this can’t be counted on. I hope the Administration will make a rational decision when the time comes to choose between election politics and achieving the “responsible end” that has been promised so many times. For if the Iraqi system is abandoned prematurely, the nation could collapse upon itself, and all that has been accomplished in the past seven years could be undone in a fraction of that time.

Nobody in this country wants to see another conflict the likes of Vietnam. Nobody wants to spend billions of tax dollars and American lives on a war that perhaps was wrong to begin with. Regardless, the United States has committed itself to preserving human rights in Iraq and ensuring the safety of its citizens. No matter how long it takes. Whether the invasion was justified is irrelevant, this is now our nation’s burden and we have a responsibility to give aid and promote stability in Iraq as long as is necessary. This issue transcends party politics and electability. The United States’ reputation, as well as the well being of Iraqi citizens is at stake, and it would be gross error in judgment to lose sight of this.