The fight over the Cordoba Institute's planned community center near Ground Zero is a local issue with national ramifications. 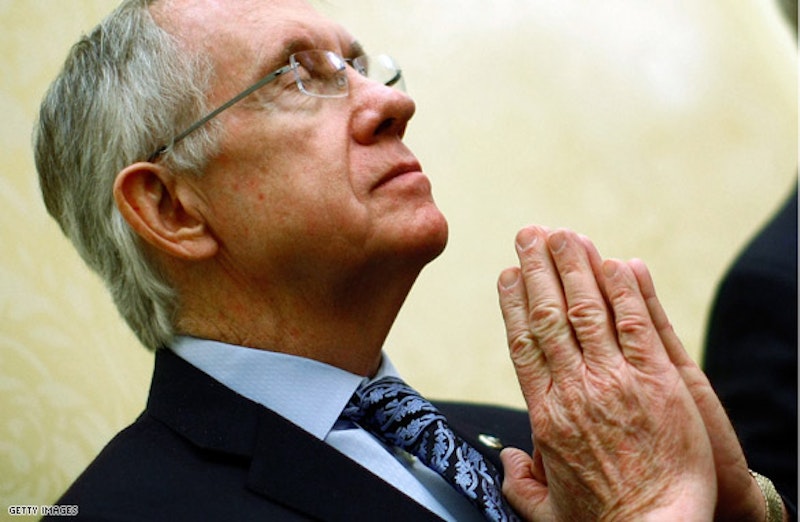 Fidelity to a political party is invariably more analogous to one’s relationship with a hometown sports team. The referees are always harder on your guys; there are superstars and there are wins and losses. Championships—hardware—are what matter most, in the end, and teams and coaches, managers and players, are ultimately held accountable to the end total of trophies over at corporate.

It’s inevitable that these sentiments bleed over and into American government. Politics might have been more polite in the days of back rooms and party bosses—but probably not all that much, ultimately.

Half of my family is from Ohio; my early childhood was filled with bright, red Ohio Buckeyes sweatshirts. As a University Michigan alum you can probably imagine that football is a ready topic at weddings and funerals. En route to Ann Arbor for the start of my freshman year, my mother and I spent a night with an uncle and my grandmother. She beckoned to me and asked, “So, you’re going to State, right?” “No grandma, I’m going to the University of Michigan.” “Oh, dear… ”

If there’s some actual tension, it’s the good kind: the tension comes from a great love of family, of different life trajectories, tension born from the safety of sports—who cares who won; what matters is that here we are as a family talking trash, and it feels good. This may or may not be a slightly forced and sunny disposition of mine, since Michigan football has not been a particularly pleasant conversation topic in quite a while. This picture helps, sort of.

But no matter how neatly packaged my familial rivalries are, bald hatred is no stranger to sports—at the college level in particular. Not being a Michigan native, my time in the Mitten was marred by the embittered rivalries of the Big 10. UM and MSU, OSU and UM—nothing confused and saddened me more, and I saw it all as a piece with socioeconomic tension. At one editor-in-chief election at my school newspaper (wherein everyone was required to be present and to get drunk), I got pretty sodden and yelled across the boardroom that the senior football columnist was a “classist” for continuing the tradition of writing a shit-talk-to-the-Nth-degree column before the UM-MSU game.

The tension inside of Michigan, inside of the Big 10, and across the collegiate football world (there are dozens of such rivalries) also rests on a pride of place, one’s immediate and physical surroundings as the locus of identity. The phrase “all politics is local” is rather worn but it still fits the American public pretty damn well. Except, in the gridiron grudge match of congressional campaigns, local politics—specifically, say, New York’s—everyone gets a chance to pipe in on the controversies that apply to his or her own political situation, despite not coming from anywhere close to a relevant context. The elites on the Right absolutely love to paradrop into local races and issues with the intent to use them as bellwethers for the larger conservative movement, proving the lie to their supposed love of local government.

Politico recently grabbed a chunk of a quote from Republican Governor of New Jersey Chris Christie and, honestly, it’s the sanest thing I’ve heard on the subject of the Cordoba community center from an elected official:

"My principles on this are two-fold. One, that we have to acknowledge, respect and give some measure of deference to the feelings of the family members who lost their loved ones there that day. But it would be wrong to so overreact to that, that we paint Islam with a brush of radical Muslim extremists that just want to kill Americans because we are Americans. But beyond that ... I am not going to get into it, because I would be guilty of candidly what I think some Republicans are guilty of, and the president is now, the president is guilty of, of playing politics with this issue, and I simply am not going to do it."

Asked if he'd call upon both parties to stop, he said, "Well, that again will be playing politics with the issue. I said what I feel about it, and I don't believe it is up to me to pontificate on other people about what they should do. I just observe what I observe. And I don't believe that this issue should be a political football. I just don't. And I think that both sides of this issue now are using this as a political football. And I don't think it brings people together in America, I think it just further drives people apart, and creates divisions, and I think that's bad for our country. And all people in our country suffer when those kind of things happen."

Christie is developing a solid reputation as someone who walks like he talks, getting tough with constituents over his plans to cut spending in ways that will both get the state’s budget under control and cut jobs. Governing is painful, and Christie isn’t shying away from that fact.

Senate Majority Leader Harry Reid is mired in an extremely tough reelection campaign against Sharron Angle, a Sarah Palin acolyte with a few extra dashes of inane demagoguery. The race is basically a dead heat, and Reid is throwing as much muck as he can.

I’m a liberal; I want more Democrats than Republicans in Congress and in the White House—in short, I do want my team to win. On this playing field the hardware comes in the form of Supreme Court nominations and tax policy. But I have used up a lot of real estate on this site railing against the crass pandering on the Right, the fear mongering and abject xenophobia and bigotry the distorts actual American conservatism. The refs are always harder on your guys. Not this time, though.

Harry Reid came out against the Cordoba Institute’s plan to build a YMCA-style community center a few blocks from Ground Zero. Strip clubs, bars, liquor stores, will surround the building. No one seems to care about the fact that for-profit business spaces will eventually populate what is actually Ground Zero. The irony is unbearable.

Harry Reid felt it necessary to respond by fleeting jabs from Angle on this issue. He’s in a tough race, one that, if he were to lose, would be an enormously symbolic victory for Republicans. His statement reads:

The First Amendment protects freedom of religion. Senator Reid respects that but thinks that the mosque should be built some place else. If the Republicans are being sincere, they would help us pass this long overdue bill to help the first responders whose health and livelihoods have been devastated because of their bravery on 9/11, rather than continuing to block this much-needed legislation.

Dave Weigel, now of Slate, responds: "There are a few things more pathetic than a Senate majority leader weighing in on an issue he would have power to affect if he repealed a law he helped pass. Hold on, I'll think of them." Weigel is mentioning the Religious Land Use and Institutionalized Persons Act, which was passed by both parties and is, well, just read it:

In passing this law, Congress found that the right to assemble for worship is at the very core of the free exercise of religion. Religious assemblies cannot function without a physical space adequate to their needs and consistent with their theological requirements. The right to build, buy, or rent such a space is an indispensable adjunct of the core First Amendment right to assemble for religious purposes. Religious assemblies, especially, new, small, or unfamiliar ones, may be illegally discriminated against on the face of zoning codes and also in the highly individualized and discretionary processes of land use regulation. Zoning codes and landmarking laws may illegally exclude religious assemblies in places where they permit theaters, meeting halls, and other places where large groups of people assemble for secular purposes. Or the zoning codes or landmarking laws may permit religious assemblies only with individualized permission from the zoning board or landmarking commission, and zoning boards or landmarking commission may use that authority in illegally discriminatory ways.

Reid is flat out of options; he’s flailing to hold on to his seat, and in the process has screwed the Democratic Caucus, which is now hard put to come out and agree with President Obama’s non-endorsement endorsement of the community center, or with Reid. He didn't even attempt to cash in on the fact that the religious Right made the above law a reality, and that opposition to the community center is exactly what this legislation is meant to nullify,  It’s a terrible play to call, akin to telling one of your third stringers to take out an opposing player no matter the methods. It’s politics at it’s worst.

Reid's struggle for reelection had been hanging at the edge of my radar, mostly because his opponent is particularly off the right-wing deep end of insane policy positions. Now I don't want him to win; I don't want him to lose. He's an aging franchise player who might be a dominant force in the locker room but is starting to lose his grip on the game. By signaling support for the Cordoba opponents, Reid has forfeited any credit this liberal was willing to offer. He's out in the cold, and if he manages to hang on for another term Congressional Democrats need to strip him of his captain's band.