From the Ground On Up 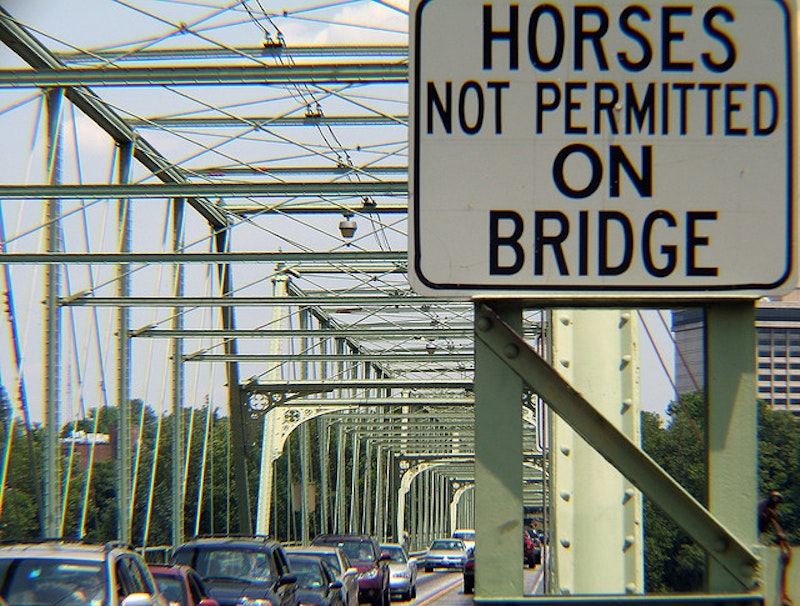 I have traveled up and down the East Coast in every possible fashion, with the exception of boat and hot-air balloon. It’s a wonderfully frustrating arrangement: major city after major city chock full of people, scenes, landmarks, institutions and events, all strung together by I-95, fleets of buses, absurdly over-priced Amtrak trains, parkways and toll roads. Despite the region’s disdain for college football (a topic for a different column), it is a smorgasbord of cultures and impressions and aesthetics.

(I am reminded of the interview I conducted with WYPR’s Katherine Gorman, a producer for Maryland Morning, about Megapolis, an Atlantic Seaboard love-fest of all things audio.)

It’s a fundamental strength, the East Coast’s interconnectivity, one that should be nurtured and strengthened whenever possible—not just so bright-eyed coeds can schlep from Williamsburg to DC for a Jon Stewart rally. Let’s look at some facts concerning the I-95 Corridor:

Employment: 38% of all US jobs

Population: 110 million people (37 percent of US population in 10 percent of total US territory)

Let’s stop there, for now. What should be clear is that such a vital, teeming and dense swatch of the country requires an infrastructure capable of supporting the untold millions of people, jobs and goods that fill the East Coast and the rest of the country.

New Jersey Governor Chris Christie has garnered some decent press for his no-bullshit cost cutting. Such decisive action must be, in part, behind his surprising presidential straw poll victory in Virginia (Mitt Romney must be shaking his head). Straw polls shouldn’t be taken all that seriously, but Christie’s national profile is certainly rising after his surprise victory over Democratic incumbent John Corzine last fall.

In keeping with his stance on cost cutting, Christie blocked a major infrastructure project green lighted by his predecessor: a major rail tunnel in between New Jersey and Manhattan that would lighten the load for commuter and Amtrak rail systems that operate at 100 percent capacity nearly 100 percent of the time.

Christie has agreed to a two-week review period, wherein he will most likely enjoy the national spotlight as a Republican governor in a blue state standing up against the government’s big spending agenda. Thing is, this project is the very essence of big-ticket government spending, and it’s absolutely necessary. The tunnel has already cost some $600 million. Currently, New Jersey Transit must share a 100-year-old tunnel with Amtrak. Christie’s reasoning:

Mr. Christie admitted that the cancellation would be costly but he said it would be more prudent for the state to withdraw sooner rather than later. He said he also expected to be able to redirect the Port Authority’s $3 billion to other projects in the state, though he did not identify any.

Cost overruns in the billions of dollars would and should alarm any partisan. Christie is absolutely correct to worry over New Jersey getting stuck with a bill it cannot possibly pay. But what is getting left behind in the discussion is the long game—America’s infrastructure continues to crumble, from pipes and potholes to bridges and tunnels to electricity and gas lines. Long term thinking rarely pays off in short term politics. You can’t govern if you’re not elected, so the excuse goes, but you can’t lead if you’re always running for reelection.

Christie, by infuriating any number of transportation experts, commuters and Democrats, is in a perfect position to lead on this issue. He needs to come out and explain—assuming he even believes this to be true—why the project is inherently a vital pursuit. He needs to come back with the fact that a review of the project put the cost at almost double the initial $6 billion. And then he need to bridge the two sides; he needs to find a compromise that maintains fiscal responsibility while addressing logistical responsibility: we simply cannot afford to kick the can down the road on mass improvements to our dilapidated avatars of concrete, asphalt and steel. Just as it’s high time the Federal and state governments soberly address deficits and debt, so it is time to reconcile the equally vital need to think about America 50 years from now—not just an America one, two, three elections away.