Obama's calls to "focus on the issues" won't distract general election voters who still have anxieties over the Wright controversy. 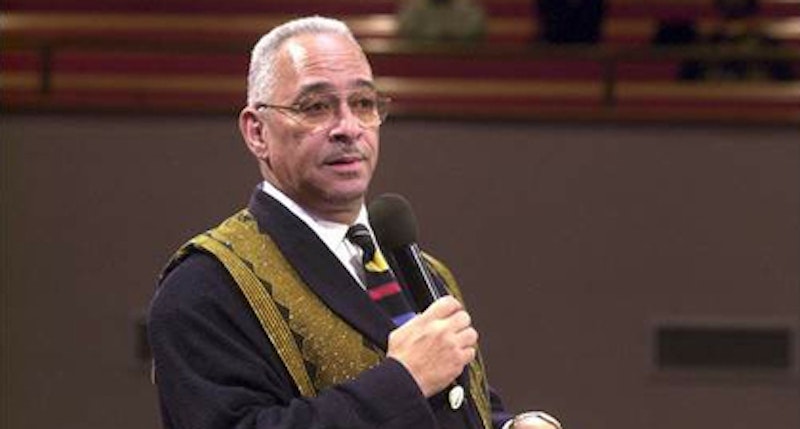 In casting himself from the beginning as a fresh-faced candidate who hasn’t spent a great deal of time in Washington, Barack Obama clearly sought the “outsider” mantle in the 2008 election. Running as the outsider promising “change” and “hope” was a politically pitch-perfect strategy for an electorate that is largely dissatisfied with the current administration and its policies. This was also a deft tool for countering claims that Obama lacked the experience or qualifications required for the presidency. By contrast, Hillary Clinton’s inability to read the collective mood of the voters resulted in a campaign with the wrong tone and message, and is a primary reason why she lost the race for the nomination. By the time Hillary realized that “change” was the buzzword of this election year, Obama had already opened up a considerable lead in delegates that he has never relinquished.

Left largely unaddressed as Obama campaigned was the issue of his race, and that was exactly the way he and his strategists wanted it. Obama did not want to be known simply as “the black candidate,” a label previously applied to Jesse Jackson and Al Sharpton, and one that does not paint a portrait of electability. It was an effective gambit as indeed, part of Obama’s wide-ranging appeal initially was his ability to seemingly transcend the issue of race, fashioning himself as a “post-racial candidate” and attracting the support of both African-American and white voters. This carefully crafted strategy was executed to near perfection until March, when the controversy over his former pastor, Reverend Jeremiah Wright, threatened to derail it. In response to the media firestorm over Wright, Obama gave a speech in Philadelphia designed ostensibly to serve as damage control. He also shrewdly used the opportunity and attention to address the much broader and more complex issue of race relations in America. In some sense, his efforts paid off and, with the help of most media outlets, he not only managed to (at least temporarily) put the Wright fiasco behind him, he also delivered a speech that was almost universally praised. It may have been a Pyrrhic victory of sorts, however, because in taking the issue of race head-on, he lost much of the transcendent, “post-racial” magic he had previously enjoyed.

As Obama’s strategy for his general election battle with John McCain begins to take shape, watch for Obama and his campaign to attempt to use his inexperience and his race as shields against any and all criticism. If this act of political jujitsu is successful, it very likely will lead to an Obama victory in November.

The strategy was first evident when Obama gained “front runner” status and began to attract the scrutiny and political barbs that accompany it. If Clinton attempted to contrast herself with Obama or questioned his readiness for the presidency, the Obama campaign immediately accused her of employing “old-style Washington politics.” For someone with negatives as high as hers, Clinton could not risk being viewed any more unfavorably than she already was, and so she was forced to curtail asking questions about Obama that are absolutely relevant in a presidential election. Is a first-term senator who has been running for the Oval Office since essentially day one in the Senate really qualified for the presidency? This is a legitimate question. But if Clinton asked the question, she was tagged as just another cynical, mud-slinging Washington politician. The media, largely in the tank for Obama, allowed the questions to go unanswered and perpetuated the impression that Clinton was out of bounds in asking them.

When Obama’s association with Reverend Wright threatened to torpedo his campaign, the same strategy was employed, with race now injected into the mix. In his Philadelphia speech, Obama himself arguably played “the race card” when he seemed to imply that the anger expressed by Wright was something that white Americans should not find surprising, and something that could not be understood or appreciated by those who were not black themselves:

“That anger may not get expressed in public, in front of white co-workers or white friends. But it does find voice in the barbershop or around the kitchen table…And occasionally it finds voice in the church on Sunday morning, in the pulpit and in the pews. The fact that so many people are surprised to hear that anger in some of Rev. Wright's sermons simply reminds us of the old truism that the most segregated hour in American life occurs on Sunday morning.”

By saying this, Obama appeared to justify Wright’s anger (if not his incendiary words) while simultaneously attempting to use his race to fend off critical questions about his association with the man. But as millions of Americans saw the clips of Wright shown on the news and all over the Internet, questions lingered. How could Obama not have known about this side of his pastor of 20 years—the man he referred to as his “spiritual adviser” and “sounding board”? Here again, this is a legitimate question, but when it and others like it were asked, the Obama Campaign quickly labeled such inquiries as below the belt, and merely “distractions” from “the real issues” affecting Americans. Michelle Obama herself employed the tactic after being asked by Meredith Vieira on The Today Show whether she felt Wright had “betrayed” her husband. Mrs. Obama was almost scolding in her response:

You know what I think, Meredith? We’ve got to move forward. You know, this conversation [about Wright] doesn’t help my kids. You know, it doesn’t help kids out there who are looking for us to make decisions and choices about how we’re going to better fund education.

America is in a perilous time. We are engaged in a war on two fronts in Iraq and Afghanistan, but the true number of unconventional fronts on which the country battles in the larger campaign to prevent domestic terror attacks is likely astronomical. The economy has unquestionably slowed, and plenty of Americans are hurting financially as a result. The problems facing the next president are numerous and complex, and voters have a right to know if a person who may be the next president has the knowledge and experience necessary to handle the job. Similarly, Obama’s association with Wright raises important questions about his character and judgment. Many of the anti-white beliefs that Wright espouses and promotes are, quite frankly, the same beliefs that scare many white voters about “the black candidate.”  While there is little reason to think that Obama subscribes to any of Wright’s absurd views, the nature and length of his relationship with Wright are significant enough to make the questions fair game.

If John McCain wants to defeat Barack Obama in November, he would be foolish not to contrast his decades of experience with Obama’s lack thereof. And while it is unlikely that McCain himself will raise the Reverend Wright issue, it will certainly be raised by independent “527 groups,” and perhaps even by the Republican National Committee or other groups not directly affiliated with the McCain campaign. When pressed on either, however, watch for Team Obama to attempt to turn these potential vulnerabilities into strengths, and to cast Obama as being above the fray by branding the contrasts and questions as more of the same Washington politics, as simply distractions from the issues that matter, or even as racist in nature. Should the mainstream media continue to be complicit in this effort, it is a near certainty that Obama will never have to fully address many questions for which the American people deserve answers.