Soldier Refuses To Fight In Iraq

Last week Iraq veterans who oppose the war testified before Congress for the first time. One of them, Sgt. Matthis Chiroux, refused to deploy to Iraq in the lobby of the Capitol, denouncing an "illegal occupation." He is part of a larger trend of soldiers deserting their units, but by far the most public example of a broken military turning on the leaders who put them in Iraq. 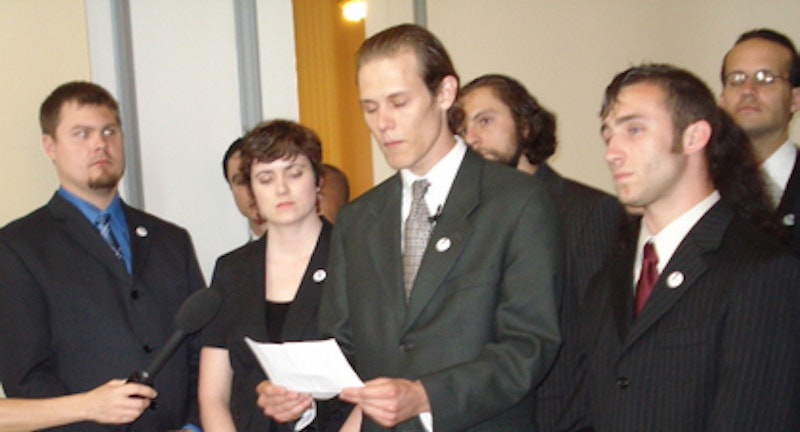 "I was from a poor, white family from the south, and I did badly in school," the now 24-year-old said.

"I was 'filet mignon' for recruiters. They started phoning me when I was in 10th grade," or around 16 years old, he added.

Chiroux joined the US army straight out of high school nearly six years ago, and worked his way up from private to sergeant.

"I stand before you today with the strength and clarity and resolve to declare to the military, my government and the world that this soldier will not be deploying to Iraq," Chiroux said in the sun-filled rotunda of a congressional building in Washington.

"My decision is based on my desire to no longer continue violating my core values to support an illegal and unconstitutional occupation... I refuse to participate in the Iraq occupation," he said, as a dozen veterans of the five-year-old Iraq war looked on.

Chiroux is one of thousands of US soldiers who have deserted since the Iraq war began in 2003, according to figures issued last year by the US army.

But while many seek refuge in Canada, the young soldier vowed to stay in the United States to fight "whatever charges the army levels at me."