On the eve of yet another potentially deal-sealing primary, a roundup of the Democrats' current woes. 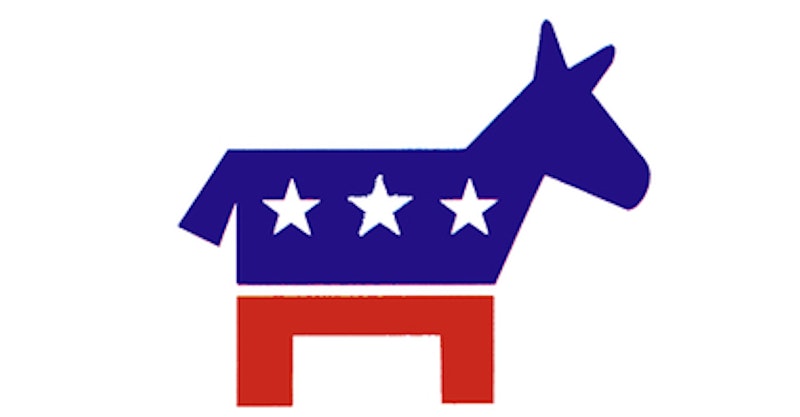 The Democratic Party may have a huge mess on their hands, even in an election year in which most circumstantial advantages are on their side, one that will be historic for its nomination of either the first African-American or female presidential candidate. Adding in an uninspired Republican base with an arguably weak candidate, and it's hard to see how the Democrats could screw this up, right? Wrong.

On the one hand, there is Barack Obama: He has won more states than any other Democratic candidate, won more of the popular vote, has more pledged delegates, and has raised more money. He is an unusually gifted candidate, perhaps the most eloquent and rhetorically talented politician to seek the presidency in more than a generation. By any measure, he should have already captured the Democratic nomination, yet on several occasions over the last two months, he has failed to win primaries that would have wrapped it up.

Then, there's Hillary Clinton: She began the campaign as the overwhelming favorite but has had the unfortunate timing of running against the phenom Obama, who has not only won over millions of voters, but the mainstream media as well. Her campaign has been poorly managed, and she has been weighed down by the significant baggage of her time as First Lady and her husband's controversial presidency. She failed to anticipate the mantra for "change" in the country, fashioning herself instead as the candidate of experience. Still, she remains in the race, and the Democrats have been unable to officially anoint their standard-bearer for 2008.

Even now, it's difficult to see how Obama blows the nomination. But why can't he knock Clinton back to the Senate? Largely, it's because of one man: the Reverend Jeremiah A. Wright, Jr. There aren't many Americans who haven't heard about Wright or seen clips of his most incendiary rants. A primer for those who are unfamiliar with this temporary celebrity: Rev. Wright is the recently retired pastor of the Trinity United Church of Christ, which Obama has attended for 20 years. Wright married Barack and Michele Obama, baptized their two daughters, and has in the past been referred to by Obama as his "spiritual advisor" and "sounding board."

Wright was thrown into the mainstream in mid-March, when ABC News acquired videos of dozens of his past sermons. The material showed a man prone to inflammatory, hate-filled and bigoted comments. In one sermon, he instructed his congregation not to sing "God Bless America," but rather to say "God Damn America." In another-on the first Sunday after September 11th, 2001-he expressed his belief that 9/11 was nothing more than "America's chickens coming home to roost." In yet another, he opined that the AIDS virus had been intentionally created by the American government as a form of "genocide" against African-Americans. Finally, he referred to the United States as "the U.S. KKK of A.," a "country and a culture that is controlled by rich white people."

But Wright didn't get the memo and he reappeared with a vengeance. He not only made new controversial statements, he also took the incredible step of reaffirming the same comments and beliefs that had sparked the media firestorm a month prior. Further, seemingly wounded by Obama's distancing of himself, the Reverend also dismissed much of Obama's professed disappointment in him as mere political posturing, the necessary steps taken by "a politician" to placate the electorate. To claim that Obama might simply be just another run-of-the-mill politician flew in the face of the carefully crafted image Obama has used to great advantage. Much of his appeal to voters, after all, has been that he is a fresh face, someone not hardened or made cynical by years in Washington, and someone who promises "a different kind of politics."

The implicit accusation, then, that Obama might act or speak out of vulgar political expediency rather than virtue and integrity was too much for the senator to stomach, and last Tuesday, he changed his Philadelphia tone, and seemed to very clearly disown Wright. Obama's repudiation may have been too little too late, though. Polls show that many voters have serious concerns about Obama due to his association with Wright, Clinton has a lead in the Indiana polls, and the double-digit lead Obama once enjoyed in North Carolina is down to less than 10 points.

If she wins in Indiana Tuesday, the race for the Democratic Nomination will go on, first to West Virginia on May 13, then to Kentucky and Oregon on May 20, Puerto Rico on June 1, and conclude with Montana and South Dakota on June 3. After that date, there will be no further primaries or caucuses. Mathematically, however, neither Obama nor Clinton will have been able to win the number of pledged delegates needed to secure the nomination, leaving the party's fate in the hands of the superdelegates-nearly 800 current and former elected officials free to support whichever candidate they choose.

Assuming the remaining primaries and caucuses play out as now predicted, it will be very hard for the superdelegates not to throw their support behind Obama--the candidate who will have captured more votes and delegates--lest they be seem as subverting the "will of the people." What happens, though, if it becomes clear that Obama has been mortally wounded by the Rev. Wright controversy?

Therein lies the mess the Democrats may face. Obama is the apparent choice of the people, but if he is thought to be unelectable in November and Clinton is given the nomination by virtue of the superdelegates, the Democratic Party will likely face an implosion. Most immediately, this implosion would manifest itself in the party losing the votes of millions of African-Americans and other Obama supporters in November, and therefore losing the election. In the long-term and more seriously, the inevitable perception that Clinton had stolen the nomination from Obama would be a crisis from which the party would not soon recover.

So as tomorrow approaches, watch carefully. Clinton will almost certainly win in Indiana, and with an enormous number of African-American voters in North Carolina, Obama should win there. If, however, Clinton somehow wins in North Carolina, Obama will be in serious trouble, the first seeds of a potential Democratic Party apocalypse will have been planted, and John McCain could be one lucky man.